Scottish #MaxTheYES Strategy is Alive and Kicking Unionists Into Touch 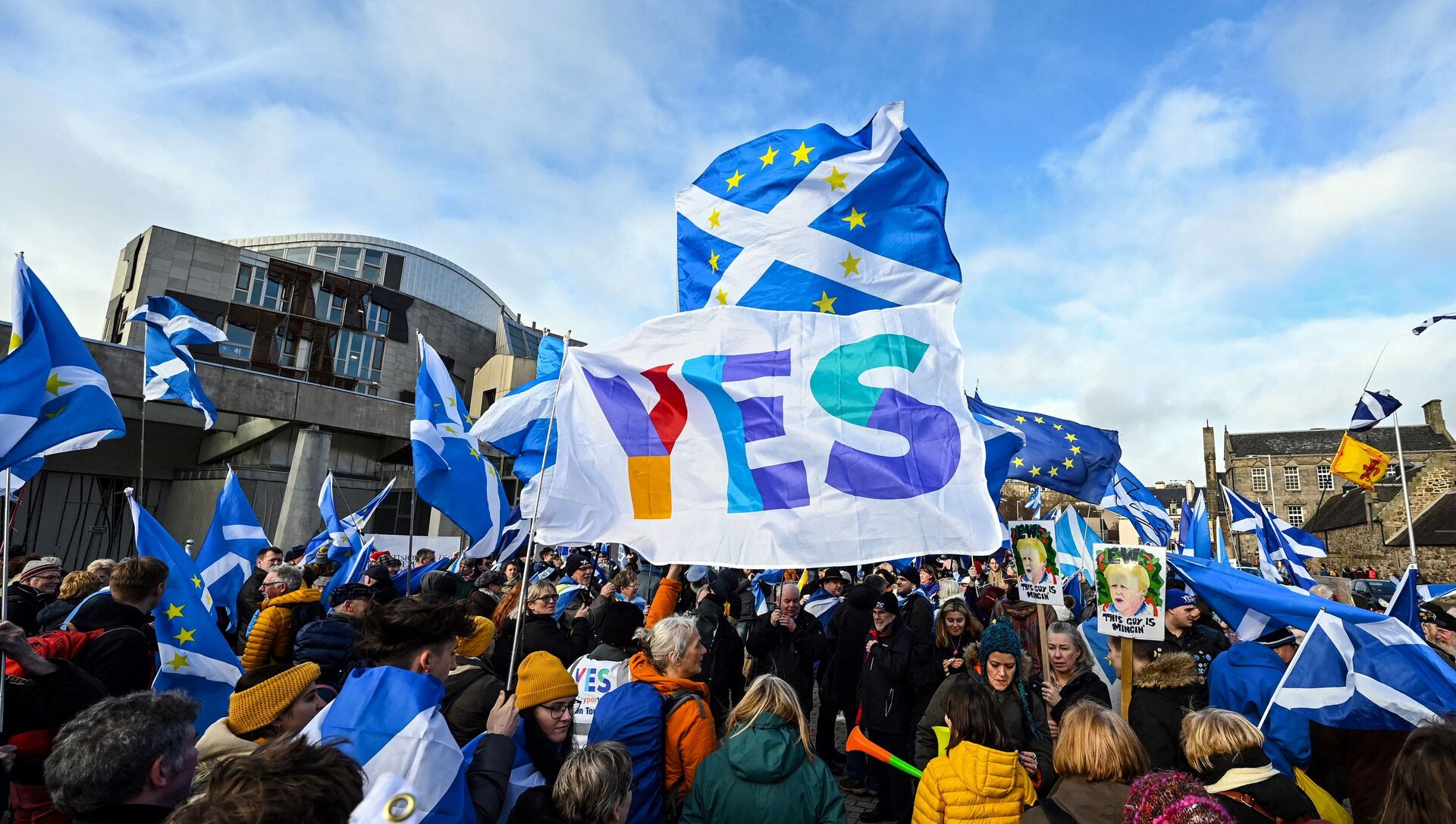 Tommy Sheridan
All materials
The British unionists in Scotland are now heading for electoral annihilation with the long-awaited confirmation that the Action For Independence (AFI) party has secured registration to field candidates all across Scotland in the critical May 6th Holyrood election.

After several months of quite extraordinary manoeuvres by the Electoral Commission to prevent the AFI independence alliance party from being allowed to compete, they finally relented last week and the path is now cleared for an exciting pro-independence Max The YES strategy which will remove scores of useless unionists and replace them with progressive independence advocates elected to concentrate fully on delivering Scottish independence.

The interim leader of AFI is Dave Thompson, an independence champion of some considerable pedigree with nine years’ experience in the Scottish Parliament as an SNP MSP for the Highlands and Islands between 2007-2016- and fifty-years membership of the SNP prior to his decision to establish the AFI party.

This is a guy who was delivering SNP leaflets, competing in elections, and promoting the cause of independence when it was very much a minority pursuit and required determination, guts, and vision. Supporting independence nowadays is relatively easy given the fact over half of Scotland is now on board but Dave Thompson is a pioneer of the cause, not a Johnny come lately.

Dave Thompson is the Leader of Action For Independence (AFI)

“Today’s registration by the Electoral Commission shows that AFI’s vision is not only possible, but perfectly legal. AFI’s registration now paves the way for an escalation in our campaign to Max The Yes and create a supermajority for independence at May’s election. Everything is now in place to enable AFI to clear the Holyrood chamber of unionist stooges who do nothing but talk Scotland down”.

The unique selling feature of AFI is its determination to bring smaller independence supporting parties and voters together in time for the May 6th election which is different from normal elections in that each voter doesn’t just have one vote they have two votes. They get to vote for their local constituency MSP and there are 73 of them elected via the first past the post system. However, they also get a second vote, referred to as the regional list vote which allows each voter to express a party or cause preference. For the purposes of the election, Scotland is divided into eight regions of roughly the same number of voters and seven MSPs are elected from each region based on how electors cast their second votes, 56 regional list MSPs.

Viral
'Is This Serious?' Chuckles as Media Claims Prince Edward Could Be Sent to Scotland to 'Save Union'

Political parties tend to be quite selfish and promote their own interests and identity first and foremost. They will appeal to voters to give them their 1st and 2nd votes, but many voters already give their votes to different parties and that is perfectly legal and legitimate. In the context of this mixed electoral system used in Scotland, called the D’Hondt system, many SNP voters understand that the better a party does in the constituency section of the election the worse they will do in the regional list section. It is a complicated formula which works out the allocation of seats based on the total number of votes cast in both sections, but it is deliberately designed to produce coalition governments. The unionists who decided to introduce this system to the Scottish parliament hoped it would always prevent the SNP from ever getting a majority. That was away back in 1998 when independence support was lingering in the low twenties. Today it is consistently above fifty percent.

The unionists now rely on this voting system to get MSPs elected to Parliament where they spend all their time talking down Scotland and representing the Westminster parties and unionist elites. Between them the unionists coordinate voting across constituencies to try and prevent SNP candidates from being elected but such is the momentum behind independence since the end of 2019 and the election of the right-wing Boris Johnson government that those efforts now appear doomed to fail. A remarkable twenty-two opinion polls in succession up until only a few days ago predict the SNP will win huge in the constituency vote and take between 68 and all 73 of the constituency seats. In a 129-seat parliament, that means the SNP are heading for an independence majority in the constituency section alone. They need 65 seats for a majority, and they are predicted to win at least 68 and perhaps 73.

What Dave Thompson and the AFI want to deliver, and what the unionists and their friends across the media will move mountains to prevent, is a super-independence majority.

In 2016 because the SNP did so well in the constituency section of the election, winning 59 of the 73 constituency seats, up from 53 in 2011, they actually suffered a net loss of seats. Their six extra constituency seats cost them, because of the D’Hondt formula, twelve list seats.

In fact, despite winning almost one million 2nd votes, regional list votes (953,000), in 2016 the SNP won only four list seats and they were from only two regions, 3 in South Scotland and 1 in the Highlands and Islands. In other words, in six of the eight regions across Scotland in 2016 the 750,000 2nd votes cast for the SNP in Glasgow, Lothians, Mid-Scotland and Fife, Central Scotland, West Scotland and North East Scotland were WASTED votes. Worse than wasted votes, they actually helped unionists get elected in each of those six regions.

Pause for a moment and consider that fact. Three-quarters of a million votes given to the SNP in the regional list were worthless. They counted for nothing. By following the Both Votes SNP mantra from SNP HQ 750,000 independence supporting votes went into the bin and helped unionists get elected rather than being placed in boxes for independence supporting parties or candidates. The Both Votes SNP strategy is placing party interests above the cause of independence and should be rejected by those who want to see the Scottish parliament filled with independence champions in place of unionist donkeys.

The waste of votes will be even worse in May if Indy supporters don’t wise up, for the SNP is not set to win 59 constituency seats, they are set to win between 68 and 73 making it almost certain they will not win a single list seat. The last twenty-two opinion polls in succession tell us loud and clear voting SNP 1 and 2 will represent a huge waste of independence supporting second votes. That is what makes the AFI message so powerful. They are advocating a clear strategy of voting SNP in all 73 constituencies but voting AFI in each of the eight regional lists to deliver a super-independence supporting parliament that will drive forward relentlessly the independence agenda:

“Action for Independence, standing on the list but NOT in the constituencies, and supported by the whole of YES, could win many more seats for the independence movement, increase the diversity and talents of the YES movement in the Scottish Parliament, and do so to achieve three fundamental objectives:

2.     To secure Independence itself

3.     To support Scotland and the Scottish Government through the subsequent independence negotiation process”

AFI has hit the ground running and produced a detailed document which explains the #MaxTheYes vote strategy in detail:

“Analysis of the figures shows that if the SNP win a large number of constituency seats it is very difficult, and in some cases impossible, for them to win seats on the regional list. Without Action for Independence, hundreds of thousands of regional list votes that could be used to win pro-independence regional list MSPs could end up being won – by default – by Unionist parties, as happened in 2016.

Max The Yes – An Idea Whose Time Has Come

This important and detailed analysis should be widely promoted and discussed within the Indy Family. This is an idea whose time has come and electing AFI party candidates to the Scottish Parliament in May will guarantee the immediate focus of that parliament is delivering Scotland her independence and the economic powers to introduce a Covid19 recovery package that lifts all our citizens quality and standard of lives instead of retaining the Westminster system which serves the millionaires, not the millions.

An independent Scotland is an absolute priority, for without it we cannot tackle the shameful poverty pay, unacceptable inequalities and shocking homelessness and reliance on food banks which scars our nation. Going back to a unionist normal is not acceptable. A new normal in an independent Scotland will promote welfare, not warfare and banish from the lexicon of everyday language the oxymoron of ‘the working poor’. It is essential that all of us who believe in independence and social justice utilise our votes properly in twelve weeks’ time. Put cause first and foremost. Vote independence one and two. It must be SNP 1 / AFI 2.