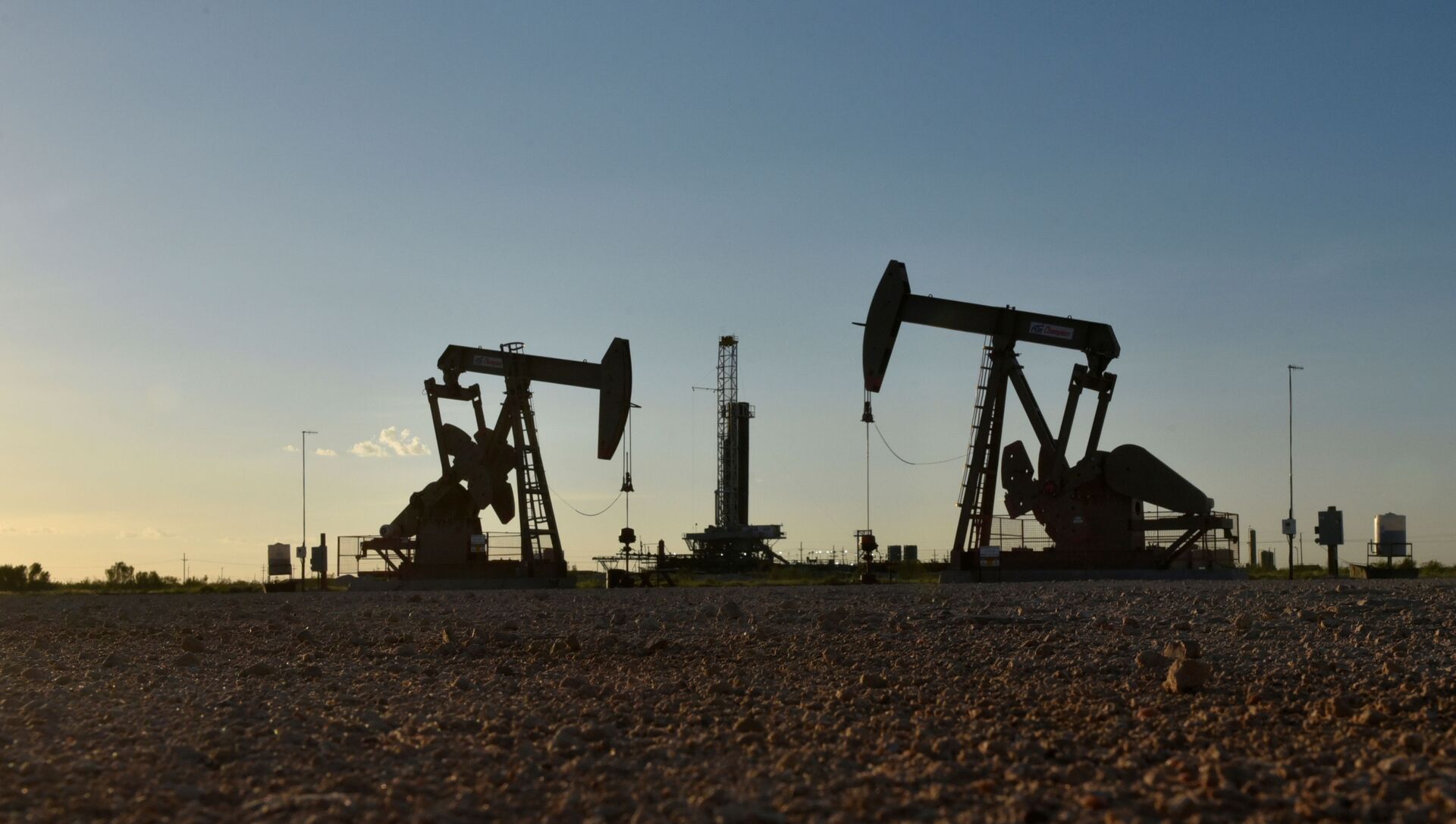 © REUTERS / NICK OXFORD
Subscribe
Arty Katkov
All materialsWrite to the author
Last week, the US Energy Information Administration said it expected Brent crude oil prices to average $56 per barrel in the first quarter and $52 over the rest of the year.

US West Texas Intermediate futures surged by 2.5 percent Monday, higher than $60 per barrel for the first time in more than a year, while Brent crude hit $63.

The prices continue to rise amid the fall of Permian oil production by one million barrels per day (bpd) as temperatures tanked to minus 18 degrees Celsius (1 Fahrenheit) in some parts of Texas.

Due to the low temperatures, the Texas state electricity grid is struggling to cope with a surge in demand. It's introduced rotating outages as a result.

This comes as Russian Deputy Prime Minister Alexander Novak said on Sunday that oil would cost, on average, between $45 to $60 per barrel in 2021, telling the Rossiya 1 broadcaster that the oil market has partially recovered after the crisis linked to the COVID-19 pandemic.

“Energy prices have got another boost as a result of extremely cold weather in the US,” Warren Patterson, head of commodities strategy at ING Group said, Bloomberg reports.

The price of oil has risen to its highest level since 20 January this year due largely to recovering fuel demand.

The market could also be affected by supply risks linked to a potential protest in Norway, where workers are set to decide if they will go on strike this week at the country's largest oil loading terminal, which would drastically reduce the country's crude output and natural gas exports by up to 40 percent.

Earlier this month, the fresh OPEC report indicated that the compliance of member states with the oil cuts agreement increased to 108 percent last month, compared to the 102 percent in December.