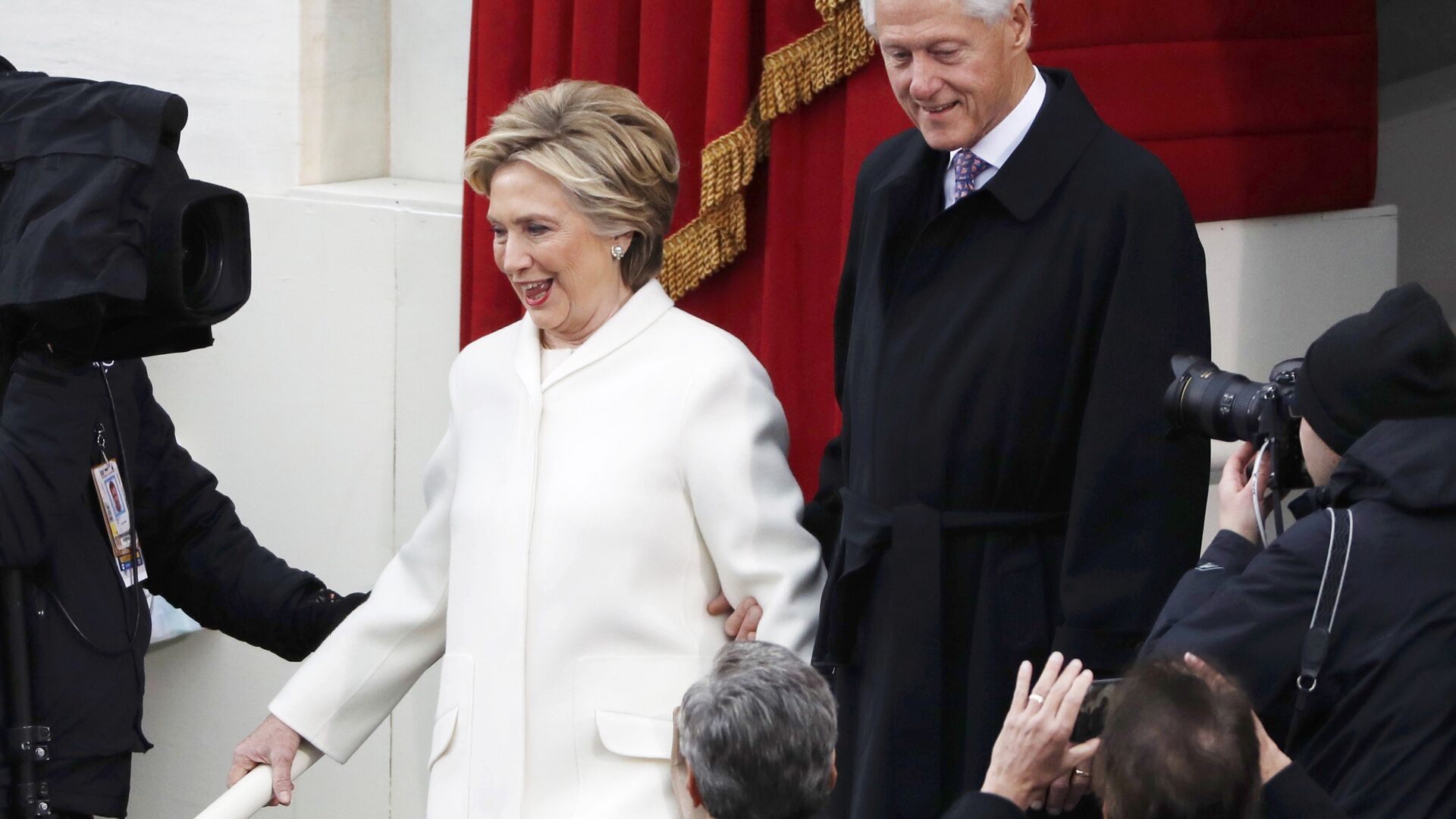 Aleksandra Serebriakova
Moscow-based Sputnik correspondent specializing in foreign affairs.
All materialsWrite to the author
The love life of former US president Bill Clinton was at the centre of his impeachment trial two decades earlier, after Hillary Clinton’s husband lied under oath that he did not have any sexual encounters with 22-year-old White House intern Monica Lewinsky.

Ex-US president Bill Clinton attracted a flurry of comments on Twitter after he posted a photo alongside his wife of 45 years Hillary Clinton with a cheesy “My Valentine” caption to celebrate Saint Valentine’s Day.

Among those who had commented on the pic was Donald Trump Jr., 43-year-old son of former US president Donald Trump, who defeated Hillary Clinton in the 2016 presidential election.

Don Jr. was not wordy when he reposted Clinton’s tweet, with a laconic “LOL” remark.

The ex-president’s son’s tweet added to the pool of comments and memes Bill Clinton’s post had received as many had rushed to recall his extramarital, “not appropriate” relationship with a former White House intern, TV personality Monica Lewinsky.

You send her flowers? pic.twitter.com/U3QBE4EdBk

Lewinsky stated back in the 90s that she and Clinton had been engaged in at least nine sexual encounters – including oral sex – during his first term while the 42nd president was married to Hillary.

Clinton, who was facing a stream of sexual harassment accusations from Arkansas state former employee Paula Jones at that time, said under oath during a 17 January 1998 deposition that he had "never had sexual relations” with Lewinsky and repeated these claims in a viral televised address:

“I'm going to say this again. I did not have sexual relations with that woman, Miss Lewinsky,” CLinton famously claimed.

But months later he admitted that his communication with the 22-year-old intern was “not appropriate” – although he maintained that no sexual acts in relation to Lewinsky were performed by him and therefore he did not engage in sexual relations per se. 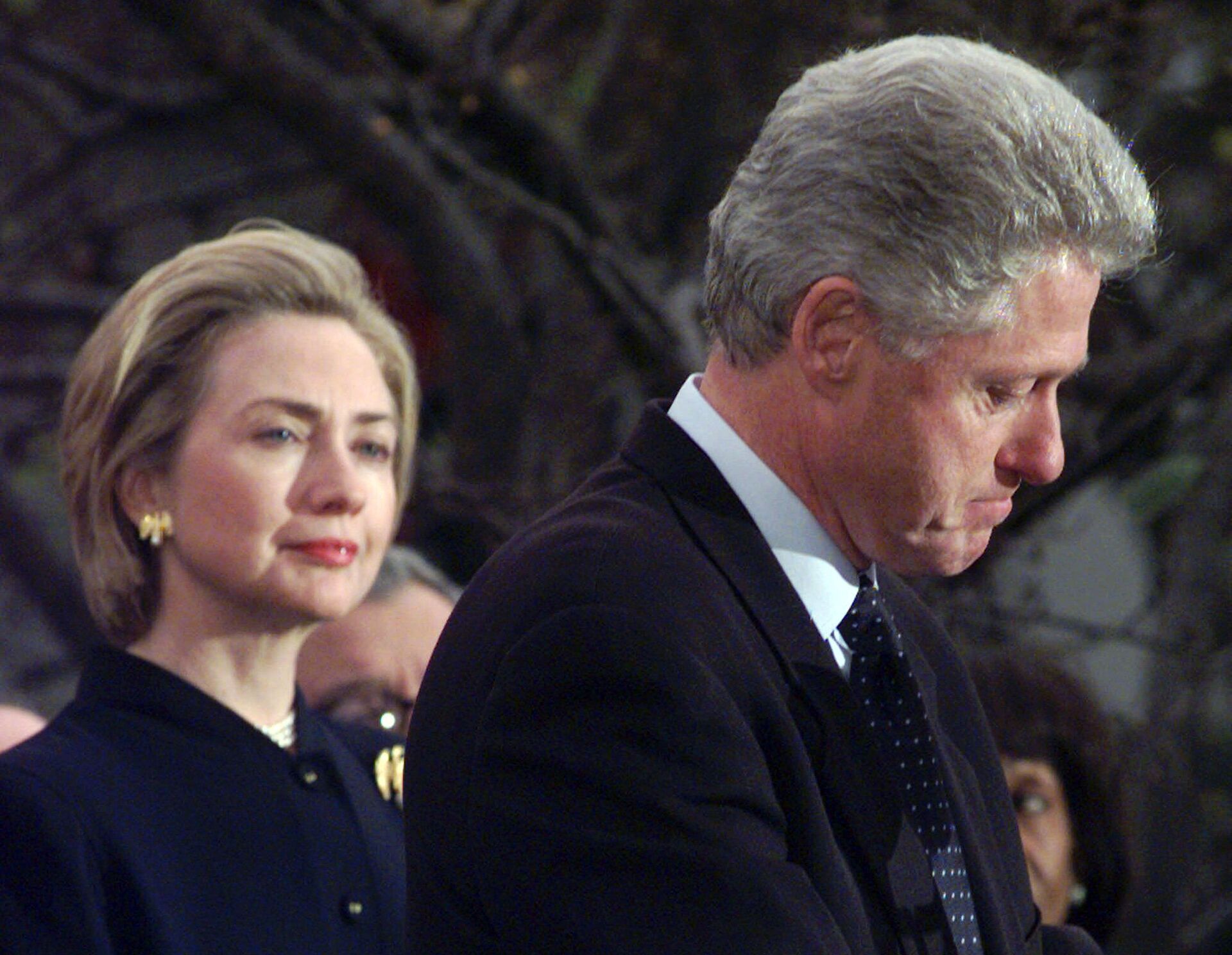 First lady Hillary Rodham Clinton watches President Clinton pause as he thanks those Democratic members of the House of Representatives who voted against impeachment in this Dec. 19, 1998 file photo
© AP Photo / SUSAN WALSH

Clinton was still ready to admit that he had “misled” the American public on the nature of his relationship with “that woman”, including his wife Hillary.

“I deeply regret that,” Clinton told the Map Room audience in August 1998 after testifying to a federal grand jury.

Hillary has appeared to have forgiven her husband for his “critical lapse in judgement”, as he had put it.

But Clinton was still impeached by the House of Representatives in December 1998 for lying about the affair with Lewinsky during a grand jury testimony and obstructing justice with a “false” recollection of events. He was acquitted in the US Senate a month later after failing to gather a two-thirds majority to find him guilty of the charges, but the infidelity scandal has nonetheless haunted the politician and his family ever since.