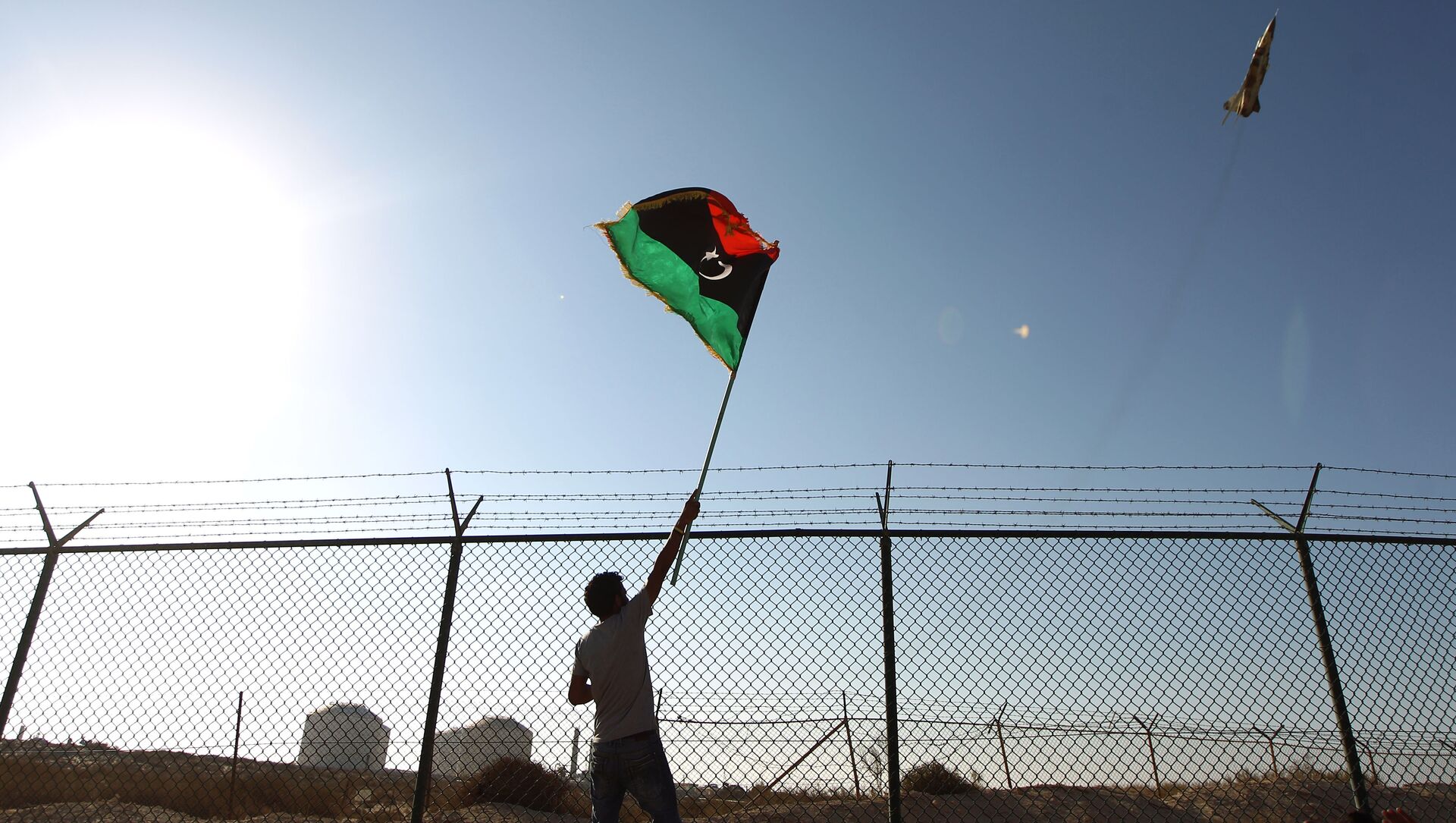 CAIRO (Sputnik) - The intervention of a NATO-led coalition and demonstrations across Libya in 2011 was prepared by Western nations in a bid to take control of the country's resources, Moussa Ibrahim, a former government spokesman of the Muammar Gaddafi era, said in an interview with Sputnik.

"It was a planned effort by Western countries to destroy Libya in an attempt to gain control over its oil and take advantage of its strategic position by promoting their agents at the head of the country," Ibrahim said.

One of the reasons behind the NATO's intervention in Libya was also a desire to thwart a path chosen by Gaddafi to liberate Africa from Western hegemony, according to the politician.

The ex-Libyan leader was planning to establish a central African bank that would have freed the regional countries from the global financial system. The country's authorities were preparing to adopt a uniform gold currency for the continent — Afro, which was conceived as a substitute for the dollar, Ibrahim noted.

"These actions caused fears in the West. They demanded Libya to stop this program. Muammar Gaddafi rejected these threats," Ibrahim said.

Since the overthrow and assassination of Gaddafi in 2011, Libya has been split between two rival governments. The administrations known as the Government of National Accord (GNA) and the Libyan National Army (LNA) have been in control the country's west and east, respectively.

Earlier in February, the Swiss-hosted Libya Political Dialogue Forum (LPDF) elected an interim caretaker unity authority to take charge until a national general election scheduled for 24 December. The LPDF picked Mohammad Younes Menfi, a former GNA ambassador in Greece, as the new head of the Presidency Council, while Mossa Al-Koni, a representative of Libya's south, and Abdullah Hussein Al-Lafi, a representative of the west, became his deputies. Abdul Hamid Mohammed Dbeibah was elected prime minister.

The deposed leader's former spokesman, Moussa Ibrahim, said that Gaddafi supporters are still banned from getting involved in politics even though they represent Libya’s largest tribes and major cities. Saif Islam Gaddafi, he went on, could unite all these people. According to the ex-official, Saif is in Libya and is "seriously working on a national reconciliation project."

"He wishes to become a symbol of national reconciliation for the Libyan tribes and political Libyan organizations. Dr. [Saif Islam Gaddafi] has not announced that he will run in the elections, but many Libyans may demand that he stand as a candidate," Ibrahim said.

He noted that it may be possible only in the transparent election.

"Western agents in Libya fear Dr. Saif Islam’s influence and his immense popularity. They are trying to rig the political process in every possible way to not allow patriots like Dr. Saif to come to the fore," Ibrahim stated.

After years of a divide and duopoly, Libya is on track to hold elections on 24 December. An interim unity government has taken charge until then.

On this day ten years ago, rallies, inspired by the uprisings in fellow Arab countries, began throughout Libya demanding the resignation of then-leader Gaddafi, who governed the North African nation for more than 40 years. Since the onset of the mass protests, the Jamahiriya authorities were aware of a conspiracy against Libya and spoke about it "to friends in the Arab region and Africa," according to Ibrahim.