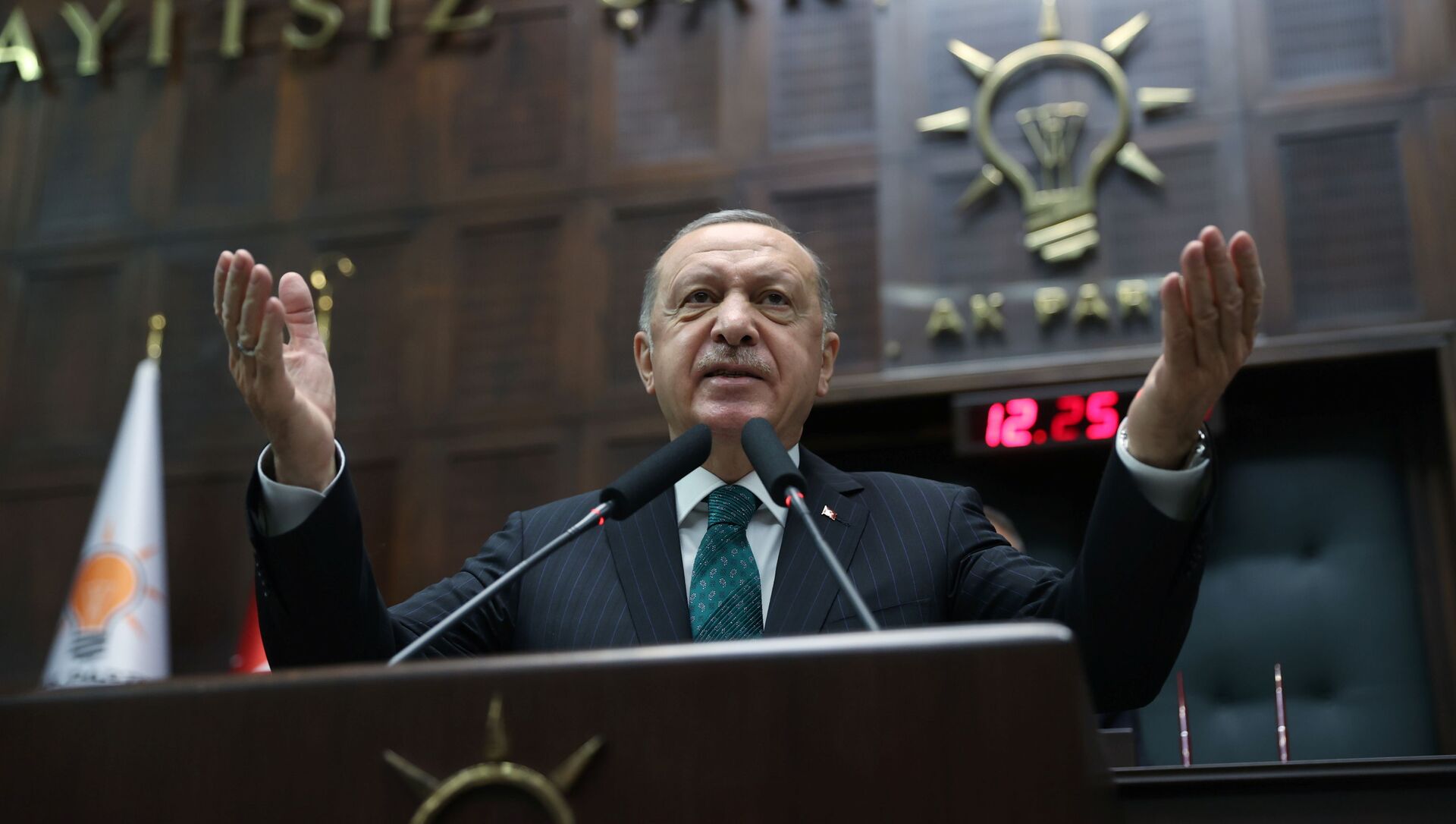 Aleksandra Serebriakova
Moscow-based Sputnik correspondent specializing in foreign affairs.
All materialsWrite to the author
Turkey's Defence Minister said on Sunday that 13 Turks have been kidnapped and executed by the Kurdistan Workers Party (PKK) in northern Iraq after Ankara had launched a military operation against the party earlier in February.

Turkey's President Recep Tayyip Erdogan said on Monday that Washington must stop its support for Kurdish "terrorists", as he accused the United States of standing "behind Kurdish militants who killed Turkish forces in Iraq."

​"If we are with you in NATO, you will not stand by the terrorists. If you are going to take part, you will be with us," he went on.

Speaking to his party members, the president added that Washington's earlier statement on killed Turkish militants was "a joke".

The minister also said that three Turkish soldiers were killed during Ankara's military operation against the group, which was launched on 10 February in northern Iraq'a Gara region. Three other soldiers were also wounded, Akar added, noting that 48 PKK militants had been killed by Ankara during the military operation. Turkey said that the offensive was launched to secure the country's frontier and search for people who'd previously been kidnapped by PKK.

Following the minister's words, the US Department of State released a statement deploring "the death of Turkish citizens in the Kurdistan Region of Iraq."

"We stand with our NATO Ally Turkey and extend our condolences to the families of those lost in the recent fighting. If reports of the death of Turkish civilians at the hands of the PKK, a designated terrorist organization, are confirmed, we condemn this action in the strongest possible terms," the department argued.

The US ambassador to Ankara was summoned to Turkey's Foreign Ministry following Washington's statement about the Turks who had been killed, Reuters reported on Monday. The move was explained by Turkey's desire to convey its reaction to the US statement "in the strongest terms," the ministry reportedly said.

Later in the day, US Secretary of State Anthony Blinken spoke to his Turkish counterpart Mevlut Cavusoglu on the phone to express his condolences for the deaths of the Turkish citizens, stressing that the PKK bears responsibility for the incident.

PKK has been branded a "terrorist" organization by Turkey, the United States, the European Union and a number of other states.