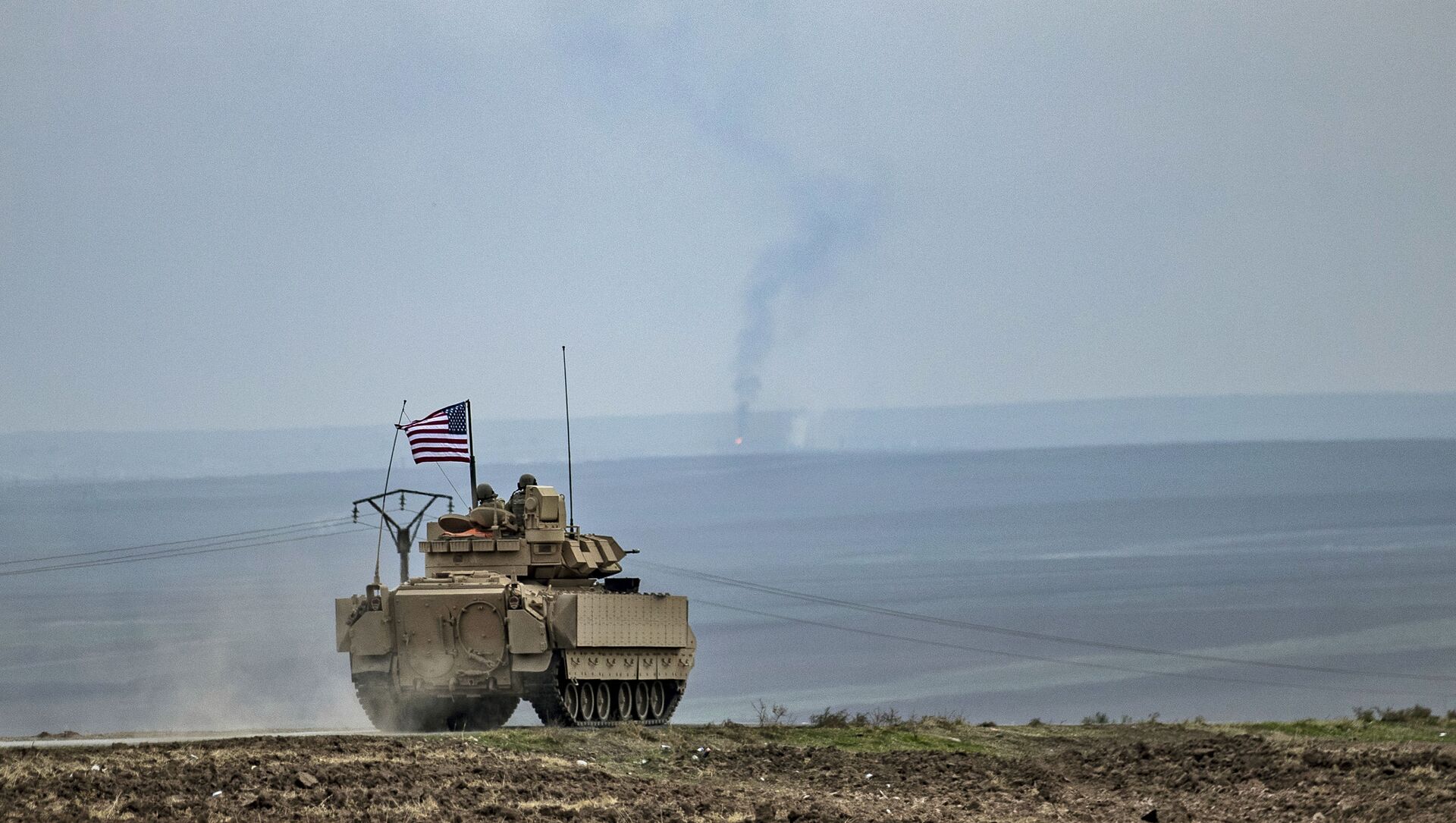 Tim Korso
All materials
Washington maintains its military presence in the Arab Republic despite having neither a UN Security Council mandate, nor an invitation from Damascus to do so. The previous administration of Donald Trump vowed twice to withdraw all troops, but in the end, left a small contingency to "keep the oil".

US forces in Syria have moved a large convoy containing weapons, equipment and "logistical materials" to the base at al-Omar oil field in the al-Jazeera region of the eastern Syrian Governorate Deir ez-Zor, SANA news agency reported citing local civilian sources. According to the news agency the move was designed to boost the US occupation of the oil field.

According to the SANA report, the military convoy came into the country through border crossings with Iraq.

In addition to it, local sources in Hasakah, in the south-eastern Al-Hasakah governorate, told SANA that two US military helicopters were spotted landing on al-Shaddadi base in the region. The sources claimed the military aircraft soon lifted off carrying around 25 American servicemen in the eastward direction towards the Iraqi-Syrian border.

A small US military contingency continues to operate in Syria's Kurdish-controlled south-eastern regions, despite strong objections from Damascus. The Syrian government repeatedly pointed out that the American servicemen's presence in the country is illegal since they were never invited for deployment and the US does not have the mandate to do so from the UN Security Council.

The administration of former US President Donald Trump twice announced the withdrawal of troops, but both times left behind a smaller contingency. The last round of "withdrawals" took place in October 2019, when Trump justified continued military presence and failure to deliver on his promise with the need to "keep the oil" out of hands of the alleged remnants of the terrorist forces.