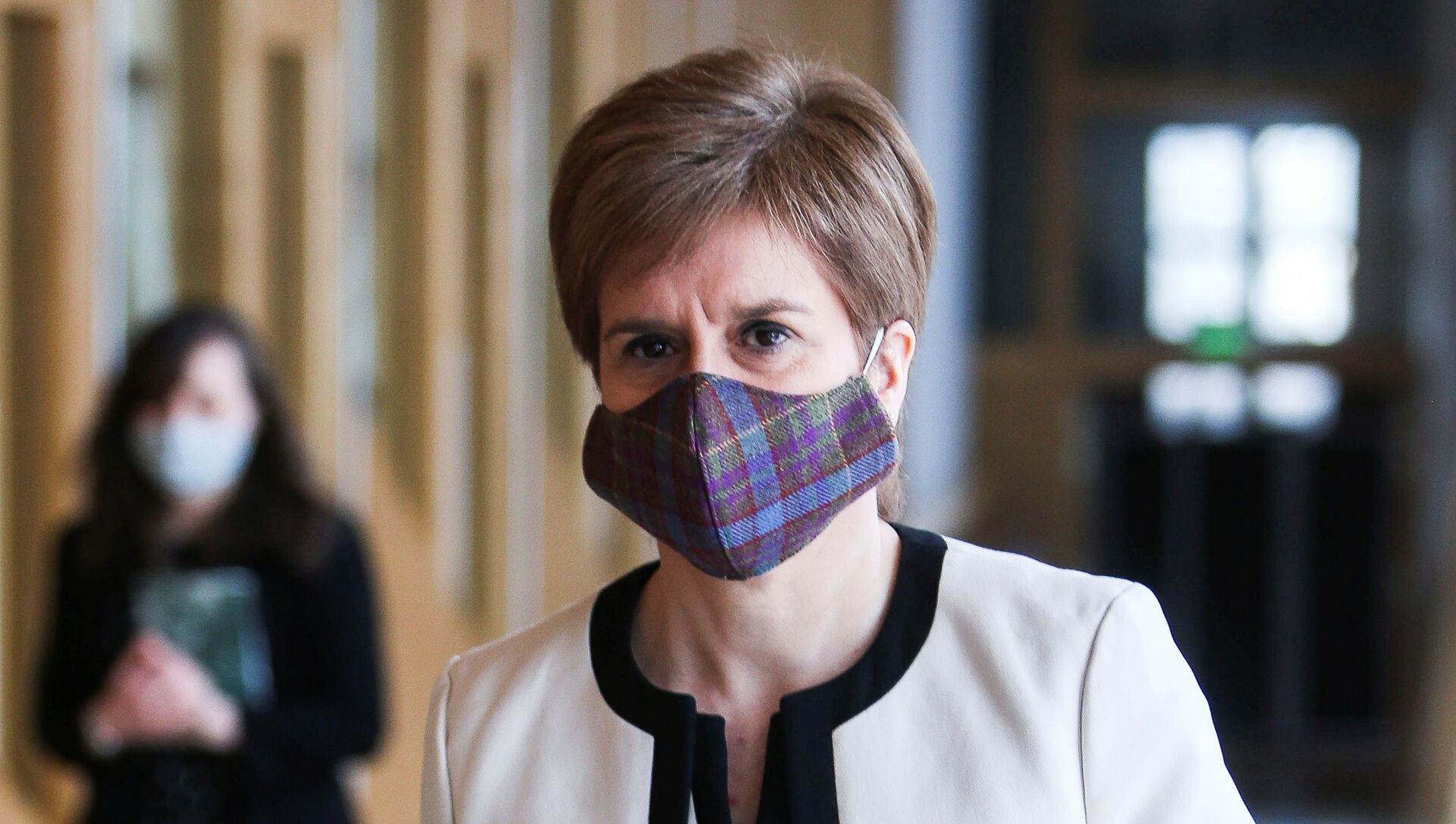 James Tweedie
All materialsWrite to the author
First Minister Nicola Sturgeon potentially broke the governmental code of ethics three times over her secret meetings with her predecessor Alex Salmond over sexual misconduct claims against him, but the most serious could be her failure to halt a "biased" probe into the affair which cost the taxpayer more than half a million pounds.

Scottish First Minister Nicola Sturgeon must resign if she is found to have breached the ministerial code — so says a former public ethics committee chief.

Sir Alistair Graham, a former trade union leader who chaired the Committee on Standards in Public Life from 2004 to 2007, said Sturgeon “has a strong case to answer” as the Sunday Times reported. Scotland's interim Labour Party leader, Jackie Baillie, agrees with him.

"The ministerial code is clear: if there is a breach the first minister must resign," Baillie said. "It is important in a country that prides itself as a democracy that ministers abide by the rules."

An inquiry is underway in the Scottish Parliament into Sturgeon's conduct, including evidence that she misled the Holyrood assembly by failing to mention private meetings with Salmond after allegations were made by staff. The first minister claims she "forgot" about the meetings at home in April and July 2018, and in Aberdeen in June that year.

Sturgeon's other alleged offences against the ministerial code include misleading parliament on when she first learnt of the complaints against Salmond, which date back to 2013 when he was first minister. She also failed to record details of their meetings — which dealt with government business — or inform civil servants that they took place.

Another charge against Sturgeon is that she wasted taxpayers' money on an official investigation into Salmond even after it became clear in November 2018 that he would be cleared.

Salmond sought a judicial review of the process which ruled in his favour on 8 January 2019, eventually ordering the Scottish devolved government to pay him just over £512,000 in legal costs on top of £119,000 in fees to its own lawyers. The court ruled the probe unlawful and “tainted by apparent bias” after it found the official in charge had spoken to the two complainants before it began.

“She must have known there was a possibility of legal action and, therefore, that put a heavier responsibility on reporting immediately to the permanent secretary that legal costs were likely to be incurred,” Graham said.

Days after winning the judicial review, Salmond was arrested by Scottish police and charged with two counts of attempted rape, nine of sexual assault, two of indecent assault and one of breach of the peace. He was acquitted of 12 charges in March of last year, after his defence team comprehensively discredited the prosecution witnesses. Of the remaining two charges, one was dropped and one was deemed "not proven".

Ex-SNP Leader Salmond to Snub Sex-Pest Probe Until Sturgeon Dossier Released
Salmond called Sturgeon's actions "unlawful" and a "disgrace" last week, accusing her of "bias" against him in dealing with the matter and refusing his offer of mediation and conciliation without even consulting the women who made complaints about him.

The former SNP leader has refused to appear at the Parliamentary inquiry until it agrees to admit his dossier of documentary evidence against Sturgeon — which has already been widely reported in the press.