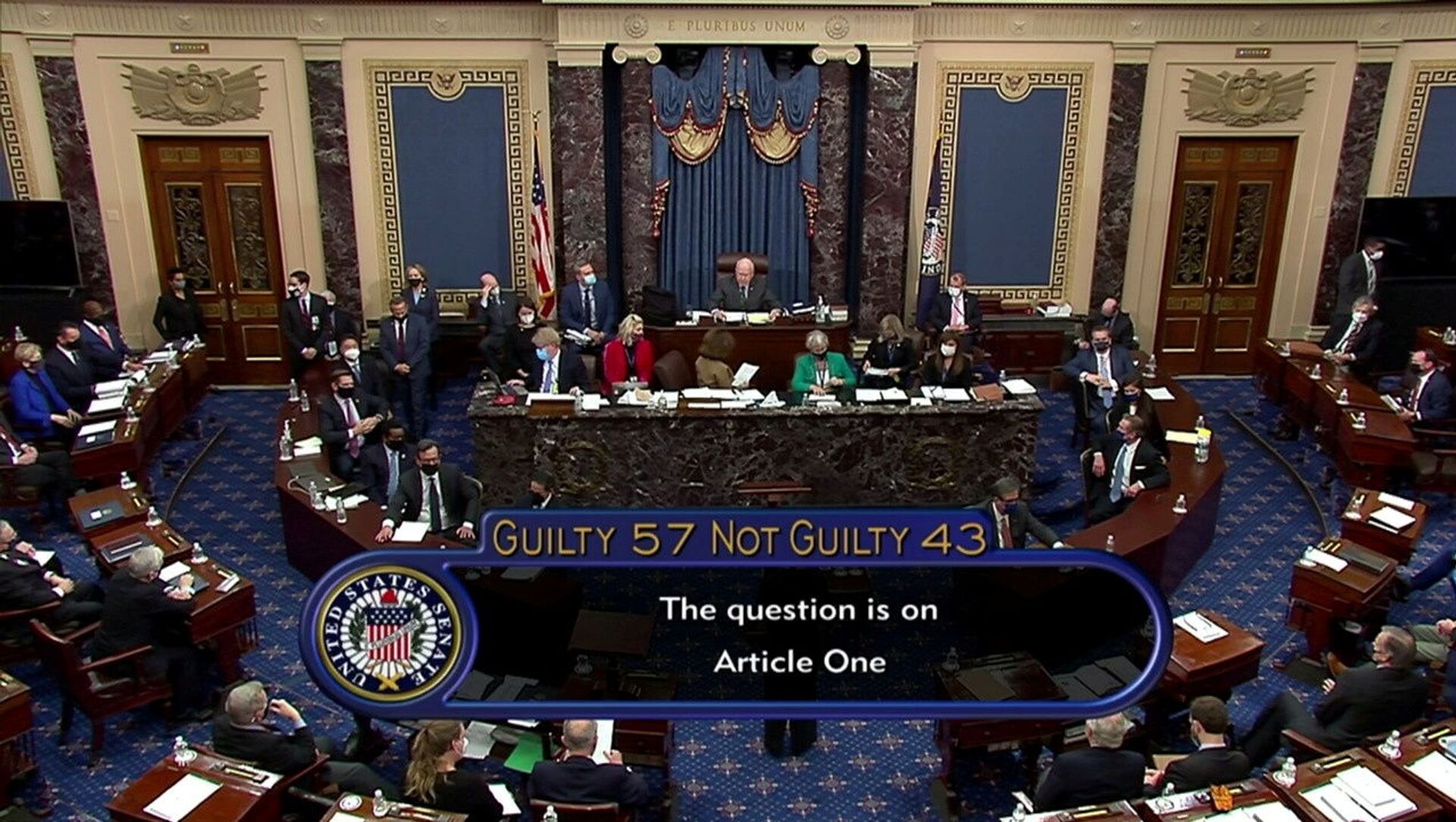 Tim Korso
All materials
The US Senate acquitted former President Donald Trump of charges of inciting insurrection on 6 January in Washington, DC, despite several Republicans siding with Democrats in an attempt to convict the now ex-POTUS.

Seven Republican senators who chose to vote in favour of convicting Donald Trump on 13 February are now facing accusations of being "RINO [Republicans In Name Only] traitors", and calls to either resign or be replaced over their actions.

Utah Senator Mitt Romney, who said he voted against Trump because he purportedly attempted to "corrupt the election" and "violated his oath of office", faced calls to resign by conservative commentator Brigitte Gabriel.

"We are counting down the days until you lose your next primary", Gabriel wrote on Twitter.

Gabriel also suggested that another "renegade" Republican, Lisa Murkowski of Alaska, who faces re-election next year, should be voted out in the next primary by former Alaska Governor Sarah Palin. It is hardly a threat for Murkowski, who once won a senate election as a write-in candidate after failing in the primaries. This time, however, she will be facing some disgruntled Alaskans, who largely voted for Donald Trump in the 2020 presidential election. 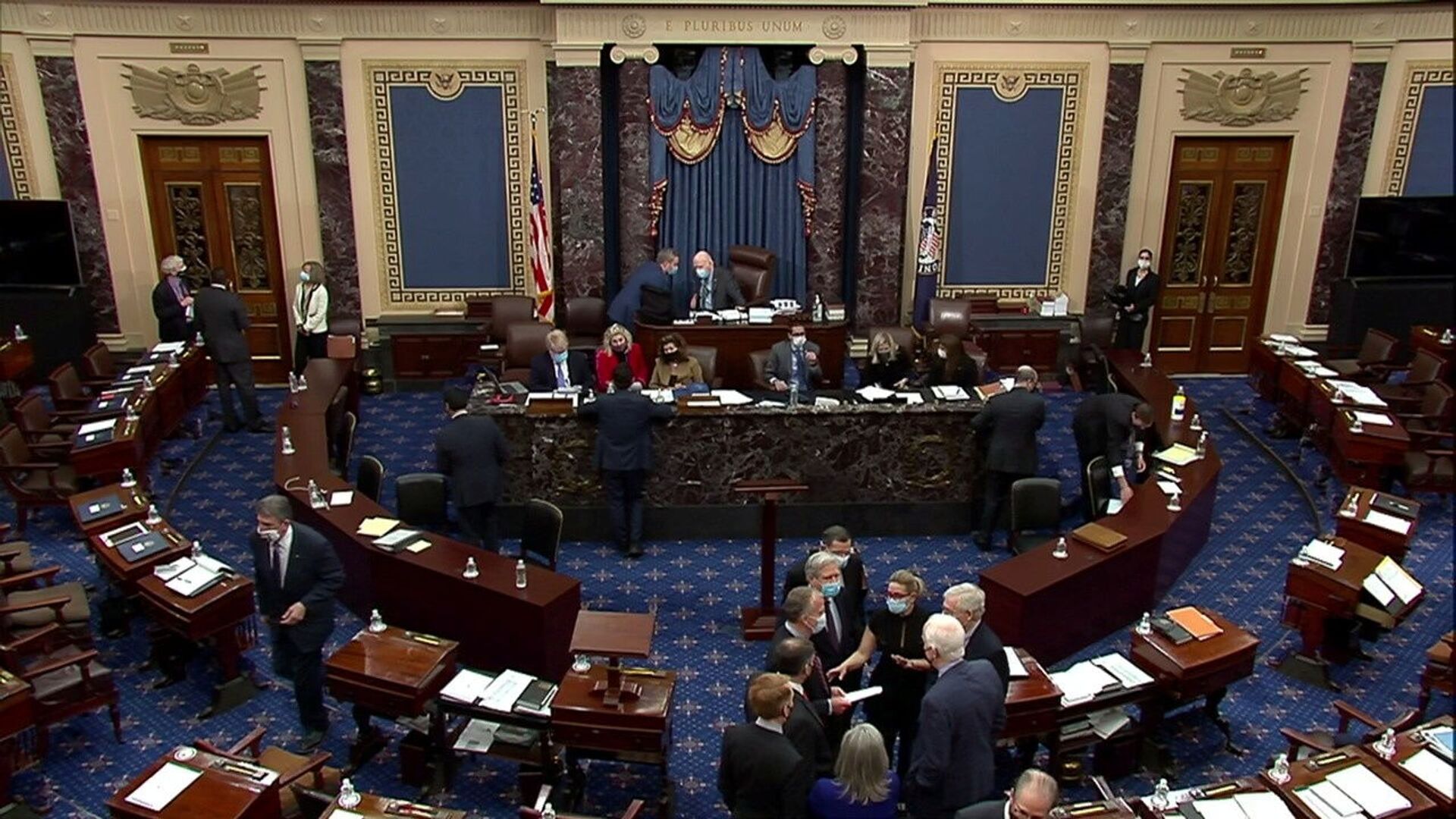 North Carolina Senator Richard Burr, who twice voted down the idea of the impeachment trial against Trump, but still voted to convict him on 13 February, is also facing promises to be replaced in his next electoral cycle. House republican from North Carolina, Mark Walker, warned Burr that he made a poor choice in the 13 February vote and announced plans to run against him.

"Wrong vote, Sen. Burr. I am running to replace Richard Burr because North Carolina needs a true conservative champion as their next senator", Mark Walker stated on his Twitter account.

Three more senators, Ben Sasse of Nebraska, Patrick Toomey of Pennsylvania, and Susan Collins of Maine, faced ostracism on social media as disappointed Trump supporters fumed over the GOP lawmakers' decision to vote in favour of the ex-president's conviction. Pro-Trump netizens branded the trio Republicans In Name Only (RINO) – a derogatory term for GOP members perceived as acting contrary to "true" conservative values – and called for their resignation. 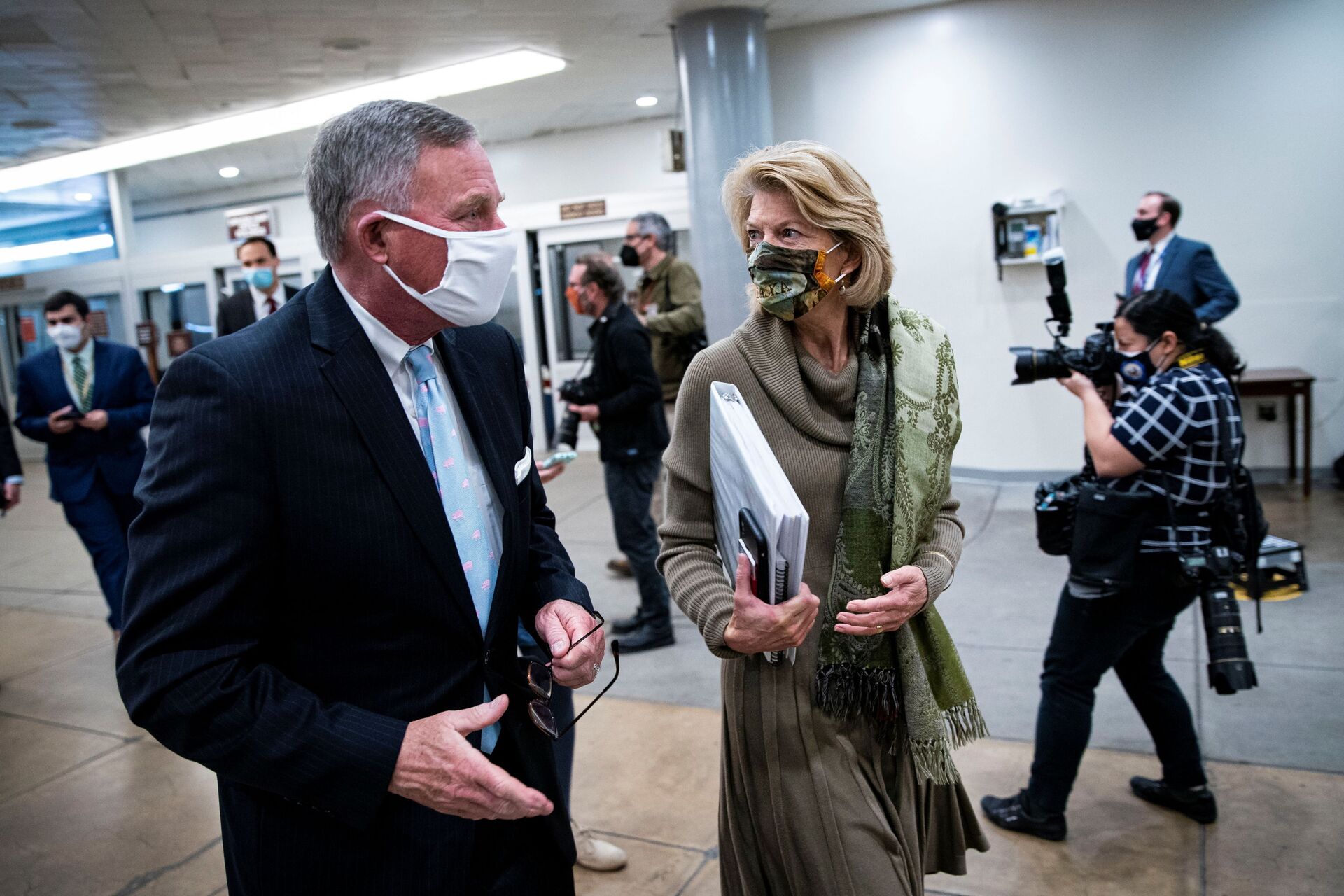 Louisiana Senator Bill Cassidy faced more official bashing following the Senate vote. Louisiana's chapter of the GOP almost immediately voted in favour of censuring the senator for choosing to side with Democrats in convicting the ex-president.

The censure, however, does not bear any practical consequences for Cassidy and is a merely symbolic gesture of the GOP's displeasure with his actions.

Following the five-day trial, US senators voted 57-43 in favour of convicting Trump on a single account of incitement to insurrection, but failed to obtain the two-thirds majority needed to do so. Even though the majority of Republicans sided with the former president, some of them apparently voted against conviction believing it was illegal to impeach a person, who no longer holds the office – as was the case with this trial.

"There's no question — none — that President Trump is practically and morally responsible for provoking the events", Senate Minority Leader McConnel stated after voting to acquit Trump.

The former GOP president himself hailed the result of the Senate vote, while slamming the trial as only the latest phase of the "greatest witch hunt in the history of our country". Trump also announced that there is "so much work ahead of us, and soon we will emerge with a vision for a bright, radiant, and limitless American future", but failed to elaborate on the details.

The impeachment trial, Trump's second, was initiated by House Democrats in January, who accused the then-POTUS of inciting the Capitol riot on 6 January. They claimed throughout the trial that the president practically instructed his supporters at a "Stop the Steal" rally to storm Capitol Hill to prevent the certification of Joe Biden's victory. Trump strongly opposed these accusations.

During his speech on 6 January, the president both promised to "fight like hell" for electoral victory and urged his supporters to protest certification "peacefully". However, several hundred pro-Trump protesters stormed the Capitol that day, forcing the hasty evacuation of lawmakers, as well as Vice President Mike Pence, and a delay in certifying the results of the election by Congress.