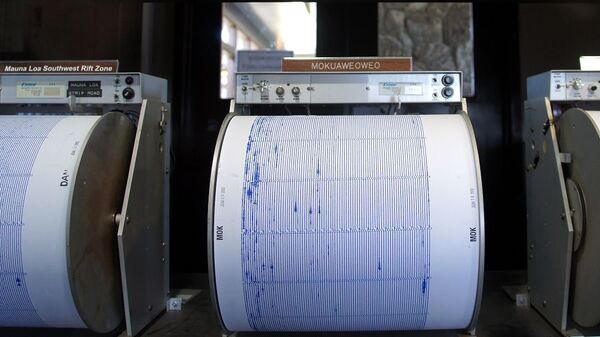 Subscribe
International
India
Africa
Henry Batyaev
All materialsWrite to the author
Japan often suffers earthquakes, as it is located within the Ring of Fire - a notorious area in the Pacific Ocean with extremely high seismic activity.

A powerful earthquake measuring 7.1 on the Richter scale has jolted the Fukushima Prefecture in Japan, the United States Geological Survey reported on Saturday.

The tremor was registered near the eastern coast of the Honshu island at 11:08 p.m. local time (14:08 GMT) at the depth of 60 kilometers (37 miles). Japan Meteorological Agency said there was no initial information that a tsunami was imminent.

Aftershocks of magnitude 4 were also reported in the capital Tokyo. There are no reports of any damage or casualties caused by the quake.

Japan is frequently battered by seismic activity, including the Fukushima prefecture that was notoriously hit by a 9.0-magnitude earthquake in 2011 which led to a nuclear disaster at the Fukushima Daiichi plant.

Earthquake in Tokyo at level 4. 11pmish. Lasted like 30 seconds. In Fukushima, level 7.
That was one rolling wave of big ass tremor here.

A good night to wear pajamas to sleep. pic.twitter.com/xd0PWGRKxB