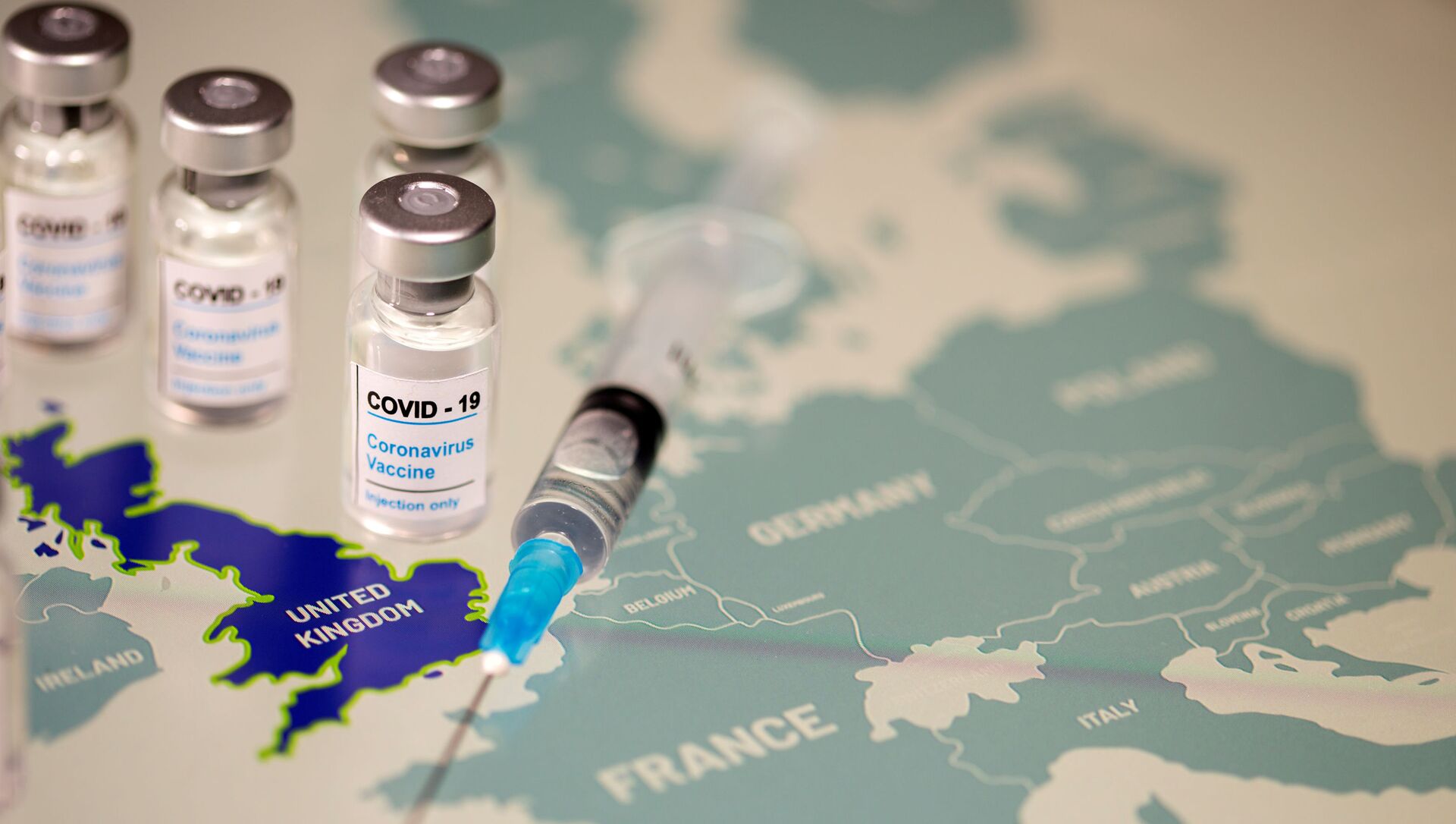 © REUTERS / DADO RUVIC
Subscribe
International
India
Africa
The UK government is ramping up its nation-wide effort to inoculate the most vulnerable - typically those aged over 70 and people with preexisting health conditions - from the Coronavirus. So far, over 14 million people across the country have received their first dose of the shot - one of the highest rates of uptake in the world.

Hundreds of asylum seekers to the UK have received the Covid-19 jab during a “mass vaccination” this week, despite many of them not falling within the government’s own top four priority groups, according to The Daily Mail.

Reportedly, about 320 migrants have been given accommodation in the four-star Crown Plaza hotel near Heathrow Airport, where many of them will continue to stay, funded by the UK government, until their asylum claims have been processed.

A 27-year-old asylum seeker from Sudan told The Mail that he was given the vaccine along with others, despite their young ages and not having any health conditions.

“The vaccinations were given to us whatever our age. We didn’t have to pay. We were told to queue up for them at the hotel. None of us want to catch Coronavirus,” the person told The Mail.

Furthermore, out of the 320 migrants who received the vaccine, only 80 were over the age of 70, thus lacing them within the government’s high priority category. However, the remainder received the vaccine even though they were young and seemingly healthy, and despite the fact that many Brits nation-wide - including those who are vulnerable due to age and pre-existing conditions - are still awaiting the shot.

Reportedly, the decision to provide the vaccines was made by local doctors who moved forward with the effort without consulting the UK government.

A government spokesman told The Mail that it was “totally unacceptable” that the We have closely followed the advice of scientific experts on the independent JCVI [Joint Committee on Vaccination and Immunisation] and our first priority is vaccinating the most vulnerable people in society, along with those who care for them, as this will save the most lives.”

Sir David Sloman, regional director for the NHS in London, added to The Mail: “The NHS vaccinates in line with JCVI guidance to ensure those most at risk from coronavirus are vaccinated first and – while this was a rare but unacceptable breach of protocols – we are speaking to the GPs who took this decision independently to ensure it does not happen again.”