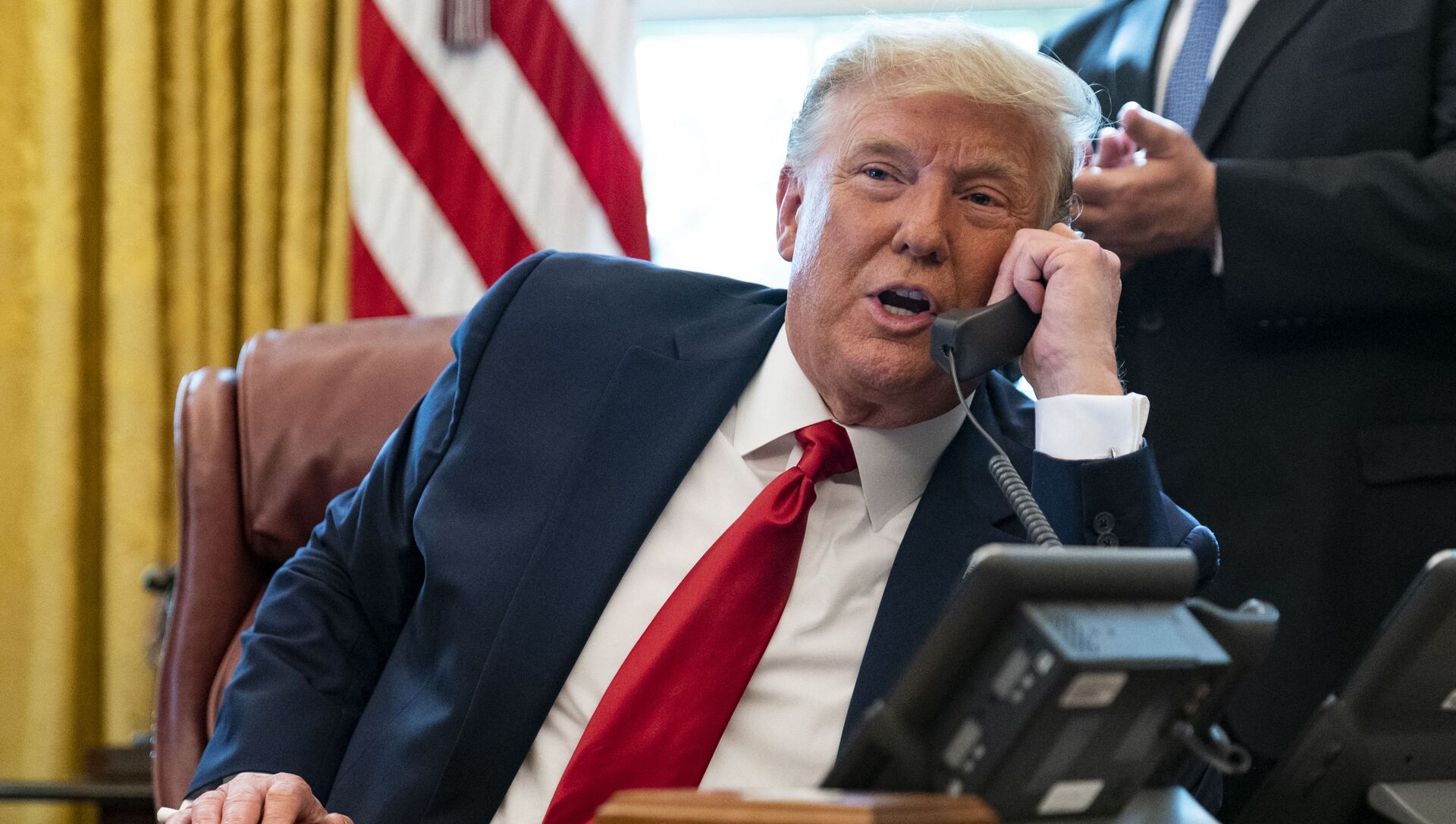 Evgeny Mikhaylov
All materialsWrite to the author
The impeachment trial in the US Senate started on 9 February, as Democrats accuse former President Trump of inciting the Capitol Hill riot on 6 January.

Democratic Senator Sheldon Whitehouse has stated that the impeachment trial should be halted as new reports emerge about a phone conversation between House Republican leader Kevin McCarthy and then-President Donald Trump during the 6 January protests.

CNN previously reported, citing its sources, that the lawmaker and the president had "a shouting match". According to the broadcaster, Trump refused to call his supporters off, even when McCarthy "begged" him to do so. 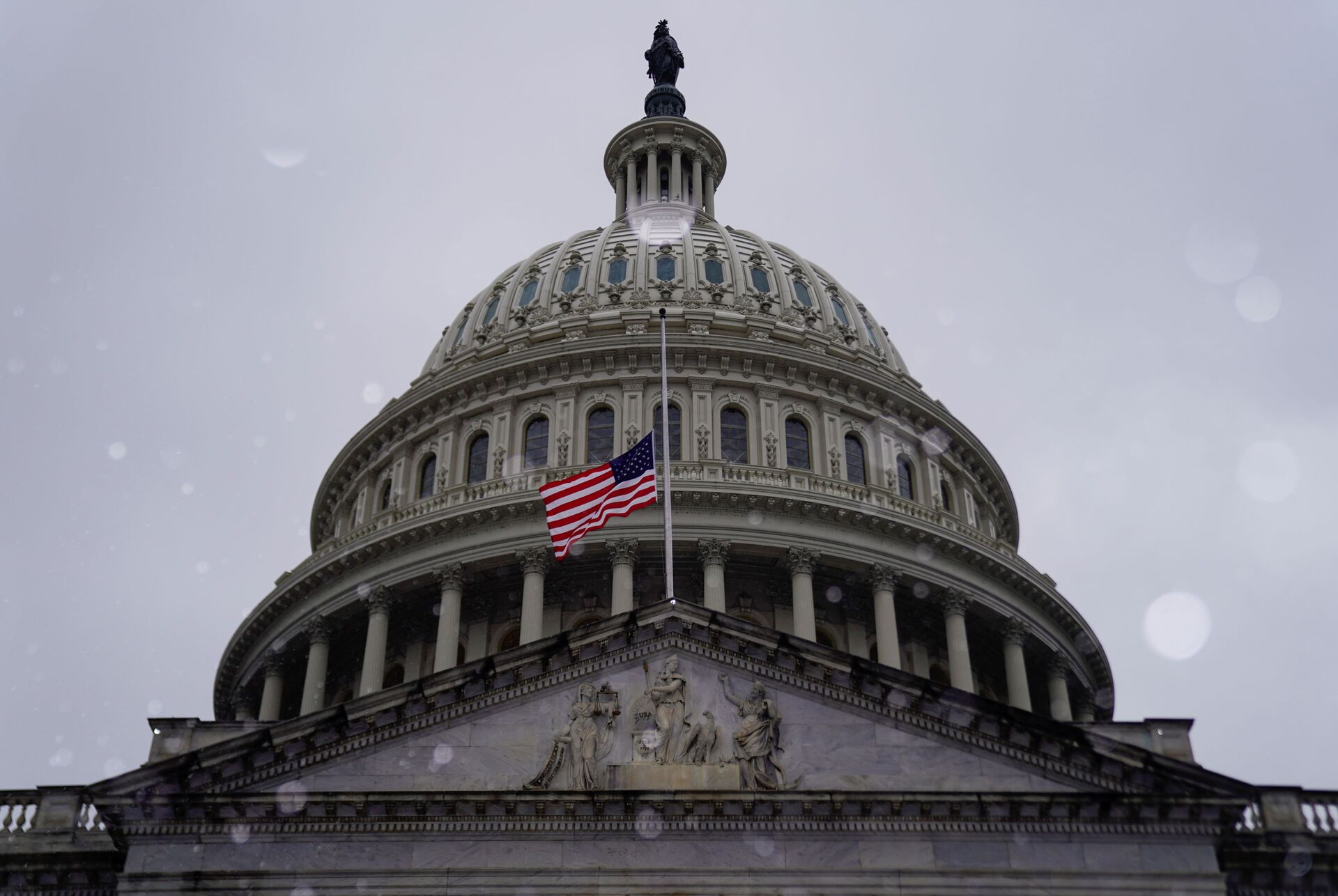 To deem the ex-president guilty, Democrats will need the support of at least 17 Republicans, as a two-thirds majority is required to convict Trump on the charges. However, only 6 Republican Senators deemed the impeachment trial constitutional, which makes conviction of the ex-president very unlikely.

According to the impeachment managers, Trump incited the clashes with his inflammatory rhetoric during the 6 January speech, when the then-president urged people to "fight" for the elections, claiming that he was spreading misinformation and calling for violence.

At the same time, Trump's defence team noted that the president had called for people to stay peaceful during the protests and "support Capitol Police and Law Enforcement".

The defence team also dismissed the accusations of "heated language" that, according to House impeachment managers, was used by Trump to incite the riots. The Trump team played a clip showing now-President Joe Biden, House Speaker Nancy Pelosi, Representative Maxine Waters, and even superstars Madonna and Johnny Depp making similar remarks that may be seen as "advocating violence".

Mass rallies branded "Stop the Steal" hit Washington, DC on 6 January, because President Trump refused to concede the election, saying the outcome was altered amid multiple reports of alleged violations during the November 2020 vote. The crowd stormed the Capitol in a bid to stop Congress from certifying Joe Biden as the winner of the election. 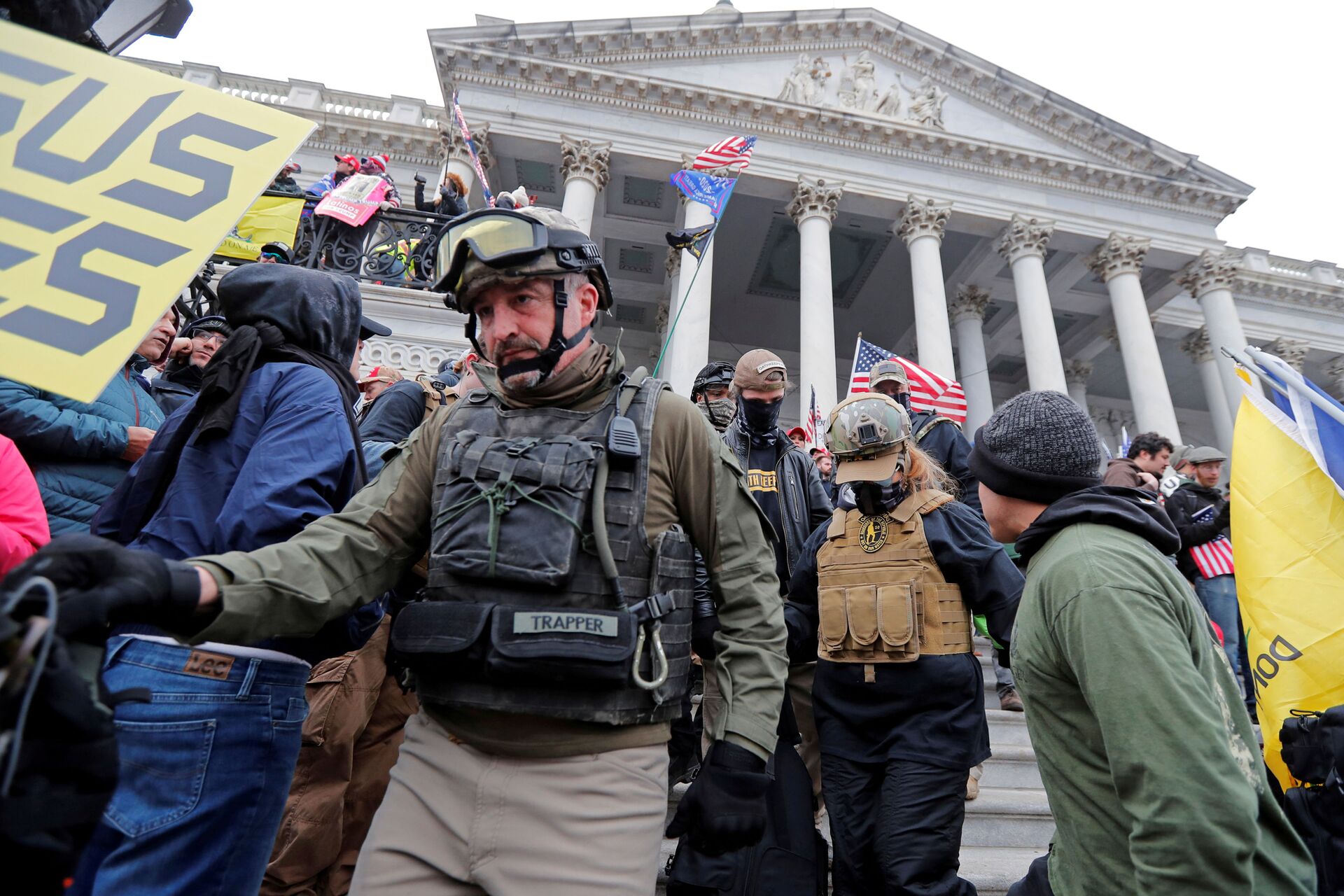 Members of the Oath Keepers are seen among supporters of U.S. President Donald Trump at the U.S. Capitol during a protest against the certification of the 2020 U.S. presidential election results by the U.S. Congress, in Washington, U.S., January 6, 2021.
© REUTERS / Jim Bourg

As a result of clashes with police, at least 5 people died. Law enforcement services later opened at least 170 cases in connection with the riot.

On 13 January, the US House of Representatives approved a single article of impeachment, accusing Donald Trump of inciting the riot.