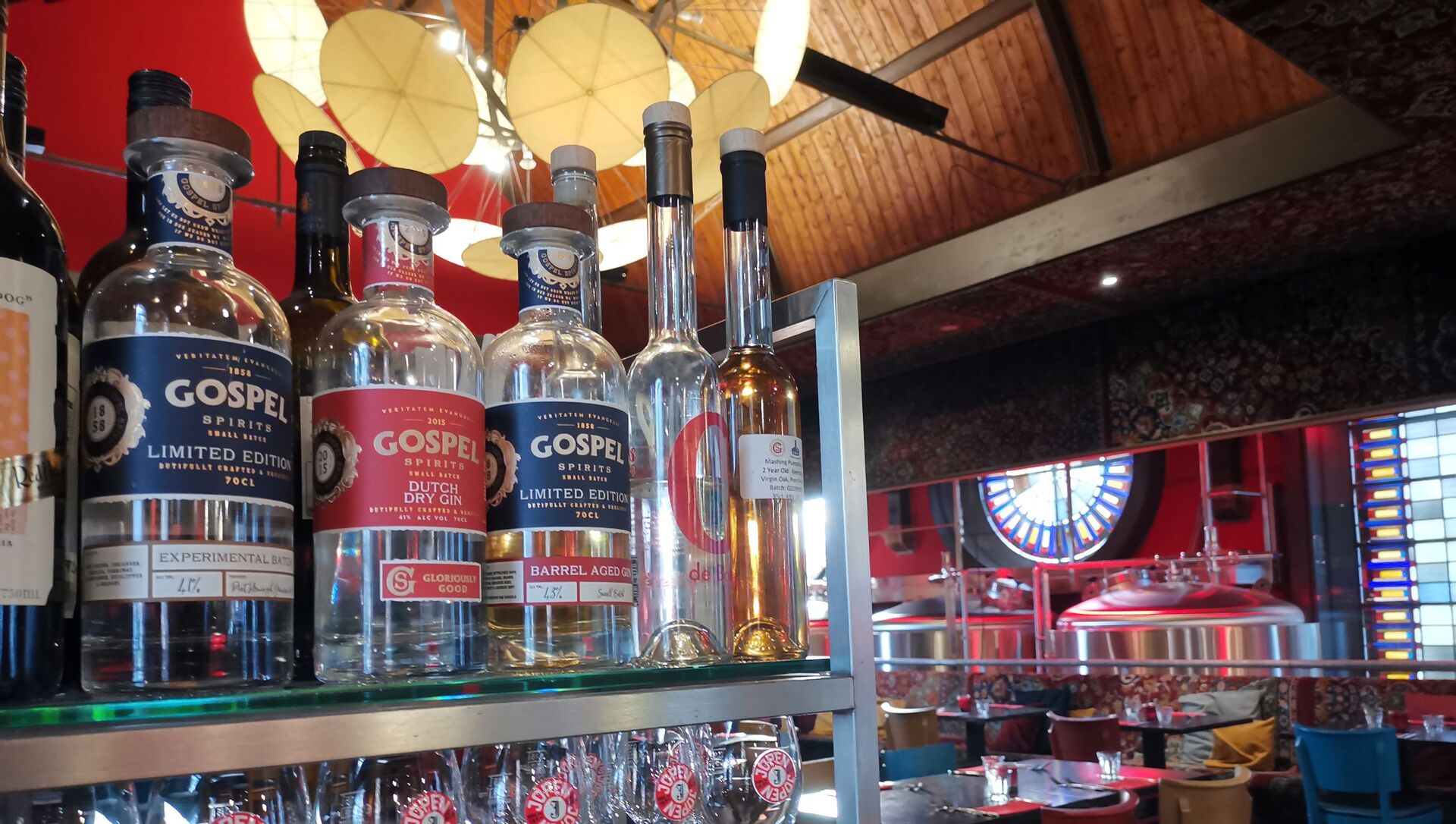 Denis Bolotsky
All materialsWrite to the author
While religious venues all over the Netherlands are often being "recycled" into apartments and bars, some Dutch observers see outside pressure – namely the anti-religious strategy of Western elites as the key driver behind this process.

Dutch churches are in a deep crisis. According to public broadcaster RTL News, some of them are unable to afford maintenance costs. Others suffer from a lack of attention by parishioners. In addition, almost all religious venues in the Netherlands recently fell victim to COVID restrictions, resulting in staggeringly low attendance and smaller contributions.

As a result, many venues placed "For Sale" signs on their premises, with some rural Dutch churches going for as low as 35,000 euros.

But money is not the key here, says Tom Zwitser – a manager at the Groningen-based firm Blue Tiger Studio and Blue Tiger Media. He believes churches are becoming deserted because a portion of the Western elite wants it that way:

"They want a world without religion and history", says Zwitser. "The effects for the church originate in the incredible weakness of church leaders towards the government and towards their vocation".

Why the West is 'Losing its Religion'

Whether you believe in the globalist nature of recent changes in Europe's spiritual landscape or not, there are other factors at play when it comes to decline in church attendance.

In the age of COVID, many members of the Dutch clergy, namely Catholic Church bishops, were eager to follow government orders, says Tom Zwitser. They almost completely shut down venues during important rites and severely restricted Mass attendance:

"I cannot think of a time in history where church leaders so massively obeyed the government instead of serving the soul of the faithful. Many people went to church every week, but now, many of them haven't attended Mass or service for months or even a year. And the same applies to the holy sacraments. I see this problem clearly as the transition of faith in God towards the state. And this is a top-down problem: where church leaders have more faith in the state than in God and His sacraments, the faithful will follow. So why should they go to church anyway?"

'We Need a Reset, Like Russia Had Under Putin'

When it comes to religious freedom and the revival of traditional faith in the Netherlands, Tom Zwitser points to the East, mentioning the end of the Yeltsin era in Russia, when the country was in a state of disarray, but most negative tendencies came to a halt once Yeltsin stepped down. According to the Dutch publisher, it had a positive influence on the church, as Russians turned to God more frequently because their social and political life had become more balanced:

"The West needs a similar reset as Russia had under Putin. But instead of more of the same reset as we had over the last decades, the hierarchy needs a reset towards faith and tradition. We've been in a 'woke Christianity' for over 50 years and no real people - no real man or woman - wants to be part of that. I have seen some priests in our country becoming decent traditional priests within two years. When their mindset changed, their preaching follows very quickly, and their churches are full of people seeking truth and redemption, young and old, families and individuals".

How Liveable are Cathedrals?

As drastic changes in Dutch society regarding religion are already happening, the pressing issue for some is what's going to happen to those to religious buildings all over the country that end up in the hands of private and corporate buyers. And even though most Dutch residents seem to be fine with such transactions, conservative thinkers, such as Tom Zwitser, are pessimistic about cathedrals being turned into condos:

"Living in it might be a gimmick or something like that. But a church is not built for that. Architecture has a typology and you simply can't live in a building which has been built for public service", he says. "The idea of different private and public spheres isn't liberal, but Christian. But modern people live anywhere; placeless and selfless. We live in a Potemkin city in which nothing really is what it suggests to be. Behind the facades everything is empty. This feeling has been growing in the West since the 19th century and is very dominant (Baudelaire and others)".