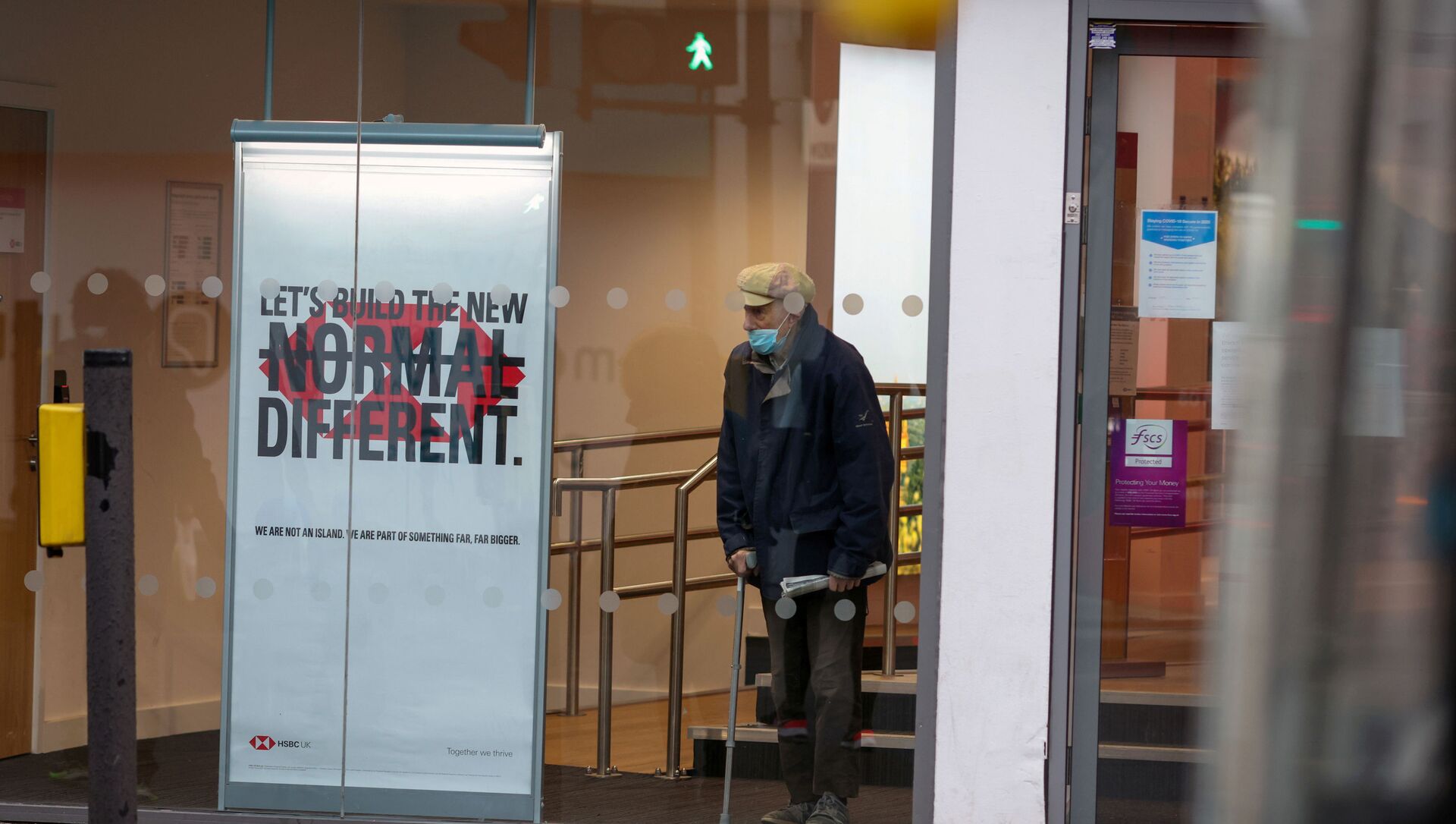 Neil Clark
All materials
We're coming up to the first anniversary of the UK's first ever national lockdown, which was only supposed to be a short-term emergency measure. But eleven months on, we're still in lockdown, with no sign of restrictions ever ending.

Consider the parable of the boiling frog. If you want to boil a frog, how would you do it? If you suddenly put one into boiling water, it will leap out. But if you put it into lukewarm water which is brought to the boil steadily then the poor frog won't perceive the danger and will be cooked to death.

For 'frog' read the populations of the UK since March 2020. The greatest restrictions on liberty in our history were announced on 23rd March 2020, with the assurance the unprecedented national lockdown was strictly temporary. 'I can assure you that we will keep these restrictions under constant review' Prime Minister Boris Johnson promised. The reason we had to lock down was to 'protect the NHS's ability to cope'. But the NHS was never in any real danger of not being able to cope, having discharged patients en masse from hospital beds in March (a move which undoubtedly led to an increase in deaths at home and at care homes). We can talk about how the goalposts for lifting restrictions have constantly moved since Johnson's announcement, but it's actually more accurate to say, as former Home Secretary David Blunkett noted in a recent article, that the goalposts have been removed from the pitch altogether.

Last spring we were told that restrictions would end when the 'R' number dropped below one. The 'R number' was the 'key measure'.  'Keeping the R down will be vital to our recovery and we can only do it by discipline and by working together', Johnson explained. But when the 'R' number did fall below one, new criteria came along. It was then all about 'cases'- with a 'case' defined as anyone testing positive from a PCR test, irregardless of whether the person was actually ill.

High-cycle PCR testing, with all its problems of false positives was ramped up, to deliver the 'cases' needed to maintain restrictions. This was necessary as by the end of July, literally no one was dying from Coronavirus. It was precisely at that time that the government mandated face-masks. Yes, that's right, people were told to 'mask up' when they went into shops in high summer in response to a seasonal upper respiratory tract virus. And guess what? Most people complied! They even wore face-coverings outside in the fresh air too!

Masks - which we were told in March were not needed-were necessary to keep the fear going over the summer months when there was actually nothing to fear. The behavioural psychologists advising the government knew this. Then of course in September all the talk was of 'the second wave'. We needed a new 'tier' system to be introduced, which inevitably morphed into another national lockdown in November, and yet another one in January because of 'new variants'. Viruses always mutate, but the 'new variants' were presented at government 'pressers' as if they were of earth-shattering importance.

But now, we had the vaccine! This was our way out the politicians repeatedly told us. In an interview with the Spectator magazine on 4th January Matt Hancock said after the 'vulnerable' had received their jabs it would be time to start to lift the restrictions and 'Cry freedom!'. 'We're going to have a great summer' the Health Secretary declared.

Just one month later, and we're told that restrictions will need to remain 'until the whole population' is vaccinated. There is even a push now to vaccinate children. As for having a 'great summer' this week Transport Secretary Grant Shapps said 'I can't give you a definitive, will there or will there not be the opportunity to take holidays this next year either at home or abroad'.

There's also reports that the 'price' for government easing lockdown in the spring is that 'social distancing' and mandatory masks will remain at least until the end of the year. And that to re-open pubs and restaurants will need to be 'Covid-secure'.

Does anyone seriously think that unless there's massive pushback from the public and business, we won't be in another national lockdown next winter? In Scotland, a senior government official has said there's not likely to be any large-scale festivals or events in the country for another year and a half at least.

On occasions the politicians have given the game away about their long-term objective, which is to impose the World Economic Forum's 'Great Reset' under the guise of fighting a virus.  Note well how back in May, First Minister Nicola Sturgeon talked about a routemap to 'a new normal' and not to 'normal'.

​Remember too how UK Home Secretary Priti Patel told us 'social distancing is here to stay'.

This week, an influential member of SAGE, Professor John Edmunds said that some restrictions, like masks would stay 'probably forever'.

Just imagine if we had been told all this in March 2020. That our future lives would have to be spent either under lockdown, or under threat of lockdown. That under a hideously depressing 'New Normal', we'd have to keep our physical distance from fellow humans (even after being vaccinated) and be expected to wear face-masks 'forever'. And that in order to travel abroad again, or even do many of the things we took for granted in the past, we 'd probably have to have a digitalised 'vaccine passport'.

No one would have consented to it.  Which is why of course it was done in stages, beginning with a digestible 'three weeks to flatten the curve' segment. Every lockdown has been billed as 'the last one'. November's shutdown was sold to us as a chance to 'save Christmas'. But, surprise, surprise, Christmas wasn't saved, as the rules were changed again just before. The elderly were told to hurry up and get vaccinated as then they'd be able to hug their grandchildren again. But now they are told: it's still far too soon.  New variants, you see. And so it goes on. The cruelty is off the scale.

When will the nightmare end? Only when enough people realise it's not meant to end. If we carry on accepting these never-ending restrictions then our old lives - when we could meet who we liked when we liked, chat to people in crowded pubs, and attend sports events, concerts and travel wherever we wanted to - are not coming back. Our freedoms, like those of the  boiling frog, will be gone forever.

It is no exaggeration to say that we are now at a turning point in our history. Because, as the temperature in the pot continues to rise, we are very, very close to the point of no return.

The most eye-catching fixture in this weekend's round of Premiership matches is third-placed Leicester at home to fourth-placed Liverpool. The Reds' home form has been abysmal in 2021, but their record on the road has been much better, with 3-1 wins at West Ham and Spurs in their last two away games. Jurgen Klopp will want to see a reaction after last week's 4-1 home defeat to Man City, and a draw could be the likeliest result.  Elsewhere, red-hot Man City go for their 16th successive win in all competitions at home to Spurs, and should edge home, while Southampton and Wolves meet up again just three days after their FA Cup 5th round encounter at Molineux which resulted in a 2-0 win for the Saints.