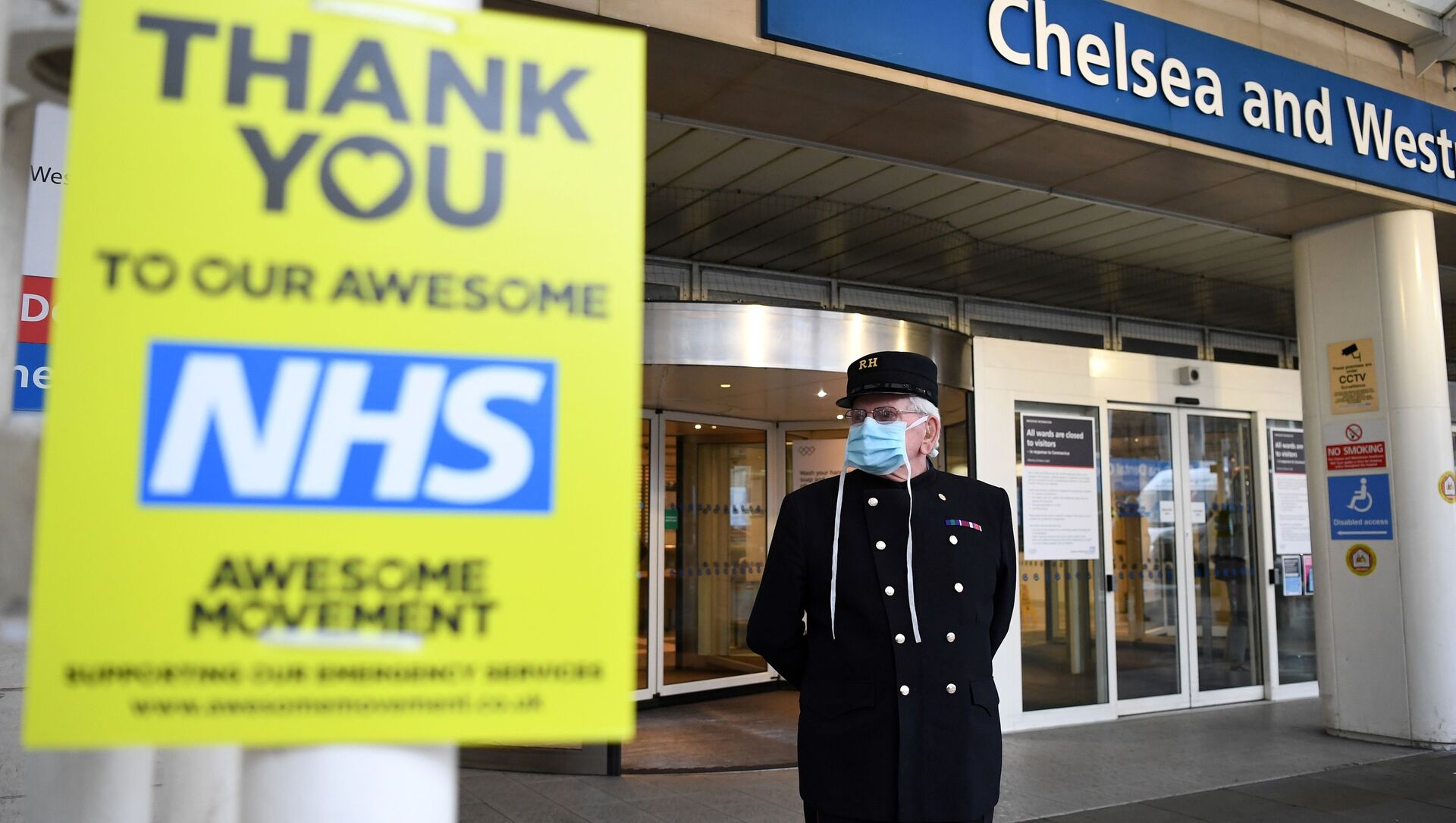 © AFP 2023 / DANIEL LEAL-OLIVAS
Subscribe
International
India
Africa
Stay Home, Protect the NHS, Save Lives – this is what Britons have heard for months since the outbreak of the pandemic. According to a report published by the Institute of Economic affairs (IEA), however, the NHS has not been the "star performer" in the battle against the coronavirus.

Kristian Niemietz, Head of Political Economy at the Institute of Economic Affairs and author of the aforementioned report, has spoken to Sputnik about the importance of public debates on health systems and shared his thoughts on the role of the National Health System in fighting COVID-19.

Sputnik: In the IEA report, you state that there is "nothing special about the NHS" and "no reason to be 'grateful' for the fact that we have it". What did you plan to achieve by publishing the report?

Kristian Niemietz: The aim of the report is to counter a variety of common misperceptions that have arisen since the beginning of the pandemic. One of them is the idea that the British healthcare system has been an exceptionally good performer. There is no reason to believe that it has been. Not only do we have one of the highest COVID death rates in the world, we also have one of the highest excess mortality rates (the number of deaths over and above what we see in a normal year), and a higher case fatality rate (the death rate among people diagnosed with COVID) than most of our neighbours.

Obviously, much of this is not specifically the fault of the health system. It has more to do with the government's overall pandemic response. But that is exactly the discussion we should be having: to what extent has the health system been up to the job? Elsewhere in Europe, you get debates like that. Here in Britain, we don't have that. Only totally uncritical adulation of the NHS. Paula McMahon prepares a shot of the Pfizer-BioNTech COVID-19 vaccine, as the mass public vaccination program gets underway, at the NHS Louisa Jordan Hospital in Glasgow, Scotland, Tuesday Dec. 8, 2020. The United Kingdom is beginning its vaccination campaign to inoculate people against the COVID-19 virus.
© AP Photo / Jeff J Mitchell

Sputnik: What stands behind the NHS's high public approval ratings? Is there anything that may make them drop?

Kristian Niemietz: I cannot take those approval ratings completely seriously. In Britain, you are socially expected to praise the NHS, so when asked in a poll, that is what people will do. If that societal expectation changed, if it became more socially acceptable to criticise the health service, then more people would do it.

Sputnik: Labour Deputy Leader Angela Rayner described your report as "disgusting", a number of MPs followed suit in condemning the IEA. What is your response?

Kristian Niemietz: I would advise my critics to read the report, because I can tell from their replies that they have not.

Some have misunderstood the report as an "attack" on NHS staff. It is obviously nothing of that sort. I am merely comparing the UK system to other health systems. Comparisons like that are completely uncontroversial in other policy areas. If you pointed out that education outcomes in the UK are not as good as in some of our neighbour countries, nobody would accuse you of "attacking" the teachers.

I suspect that the misunderstanding is quite deliberate. "NHS populism", acting like you are "defending" the NHS against imaginary enemies, is a clever PR strategy for politicians. It goes down extremely well on social media. But it does nothing improve healthcare in any way. It is just cheap point-scoring.

Sputnik: Did you expect such a backlash?

Kristian Niemietz: Not in this exact form, but broadly - yes. A lot of people are extremely defensive about the NHS, and get very hysterical when somebody criticises it, in a way that would never happen in other policy areas. If you criticise the education system or the pension system, that would be completely uncontroversial. But criticise the health system, and all hell breaks loose. I think it's just childish that we cannot have a frank conversation about alternative healthcare systems.

Sputnik: Why publish the report at this time?

Kristian Niemietz: Most of my report is not about healthcare, it is about "COVID myths" more generally. I am relatively optimistic that we will mostly come out of this pandemic over the course of this year, but I am pessimistic that we will learn the wrong lessons from it. That tendency has to be countered now, before those ideas become completely entrenched and unshakeable.

Sputnik: In your view, what should be changed to make the NHS "special?"

Kristian Niemietz: In 2016, I wrote a book called "Universal Healthcare Without the NHS", in which I described how, in the long run, the NHS could be replaced by a so-called "social health insurance system". That is the type of system they have in countries such as Switzerland and the Netherlands. Essentially, everybody has private health insurance, and free choice of healthcare providers in a competitive market. If you can't afford your insurance premium, the government will pay it for you. If you are in bad health, you don't have to worry: health insurers are not allowed to discriminate. Those systems have some of the best clinical outcomes in the world, and offer patients a lot of choice and variety.