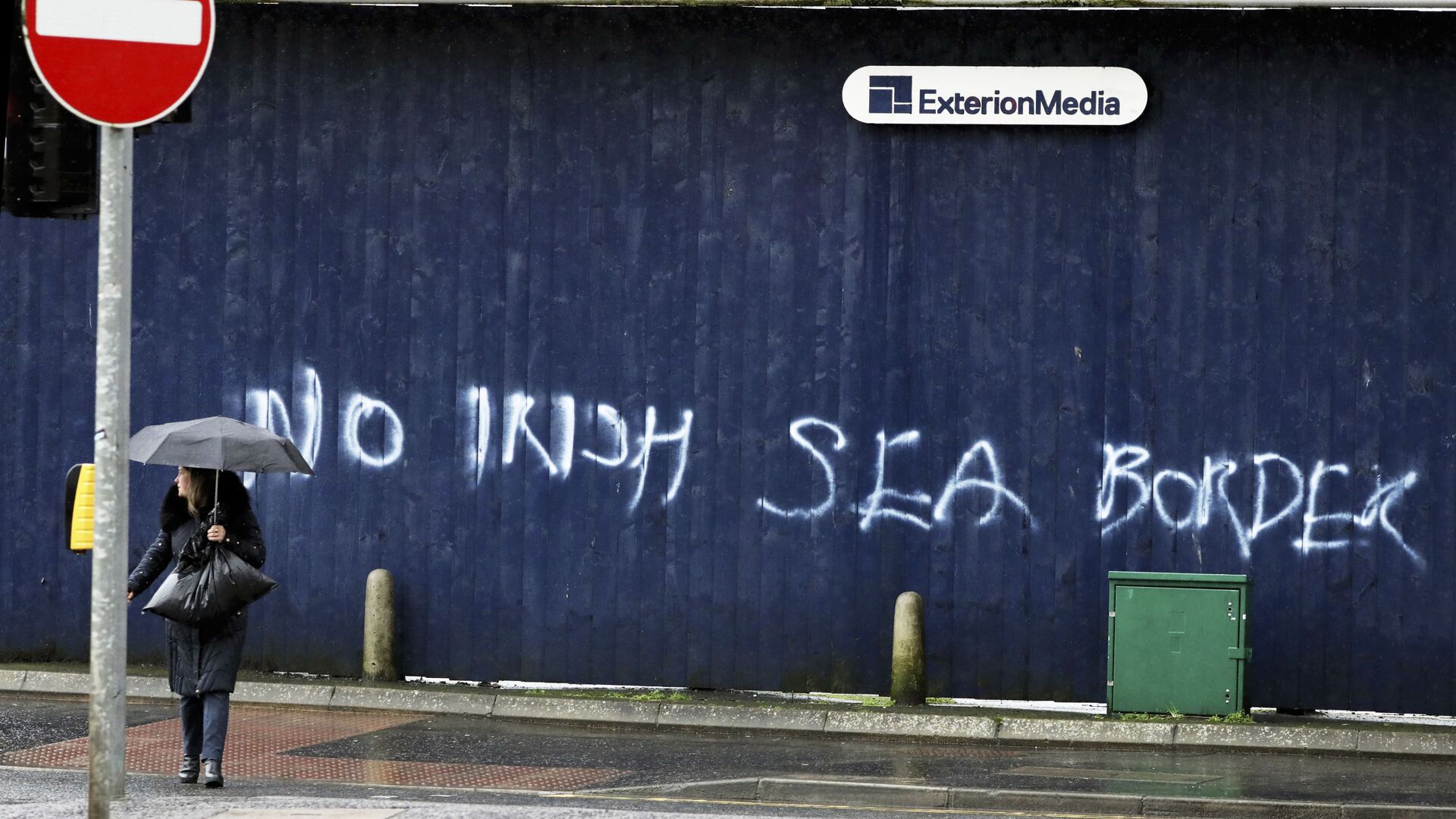 Max Gorbachev
All materialsWrite to the author
The development comes amid an escalation of tensions over a Brexit protocol. Over the past few weeks, there have been disruptions of food supplies and online deliveries due to checks at ports in Northern Ireland. This led to calls to scrap part of Brexit, while London threatened to "use all instruments" if Brussels failed to make concessions.

The European Union and Britain have reiterated their commitment to the Good Friday Agreement and pledged to find solutions to the Northern Ireland issue. In a joint statement released following Thursday's meeting between European Commission Vice President Maros Sefcovic and UK Chancellor of the Duchy of Lancaster and Cabinet Office Minister Michael Gove, the sides said they had "frank but constructive" negotiations.

In addition, Brussels and London said they will "spare no effort to implement solutions mutually agreed on 17 December, as they form a foundation" for cooperation between the two sides.

Maros Sefcovic and Michael Gove agreed to meet again this month, no later than 24 February. Sefcovic emphasised that the implementation of the Northern Ireland Protocol was expected to be "challenging" in the first days of Brexit, but stressed that Brussels is willing to deal with the issues the accord created.

"The EU is absolutely committed to making the protocol work, and we see this as the only way to protect the Good Friday/Belfast Agreement protecting peace, stability, and prosperity for the island of Ireland", he told reporters outside London's St Pancras train station.

However, when the transition period ended and the sides started trading on new rules it turned out that the protocol appears to only work on paper. Checks on the border between Northern Ireland and the rest of Britain resulted in the disruption of food supplies and deliveries. The coronavirus pandemic too poured fuel on the fire. After the European Union learned about delays of the inoculation developed by British-Swedish company AstraZeneca it announced that it would trigger Article 16, which allows both sides to suspend the Northern Ireland protocol if it causes "economic, societal, or environmental difficulties".

This caused a wave of indignation in Britain and resulted in threats to the staff working at ports in Northern Ireland.

The European Union made a U-turn and European Commission President Ursula von der Leyen even issued a public apology, but it seems it was late as Michael Gove said Brussels' actions had opened "Pandora's box".

"Who knows what Trojan horses will come out. Even though the EU said they would not be invoking Article 16 on this occasion, they haven't given us a binding undertaking never to do so", he told a Commons committee.

Gove previously urged the bloc make amendments to the Northern Ireland protocol and asked to show flexibility when it comes to border checks. He also called on Brussels to extend a grace period for food and medical supplies that is scheduled to end in April, until January 2023.

Brussels categorically refused to rewrite the protocol and told London to focus on properly implementing the deal.

Irish Prime Minister Micheál Martin urged the "bigger beasts of Europe" to move away from unnecessary arguments with Britain. "They need to cool it. We'll be collateral damage in all of that", the prime minister told the BBC.