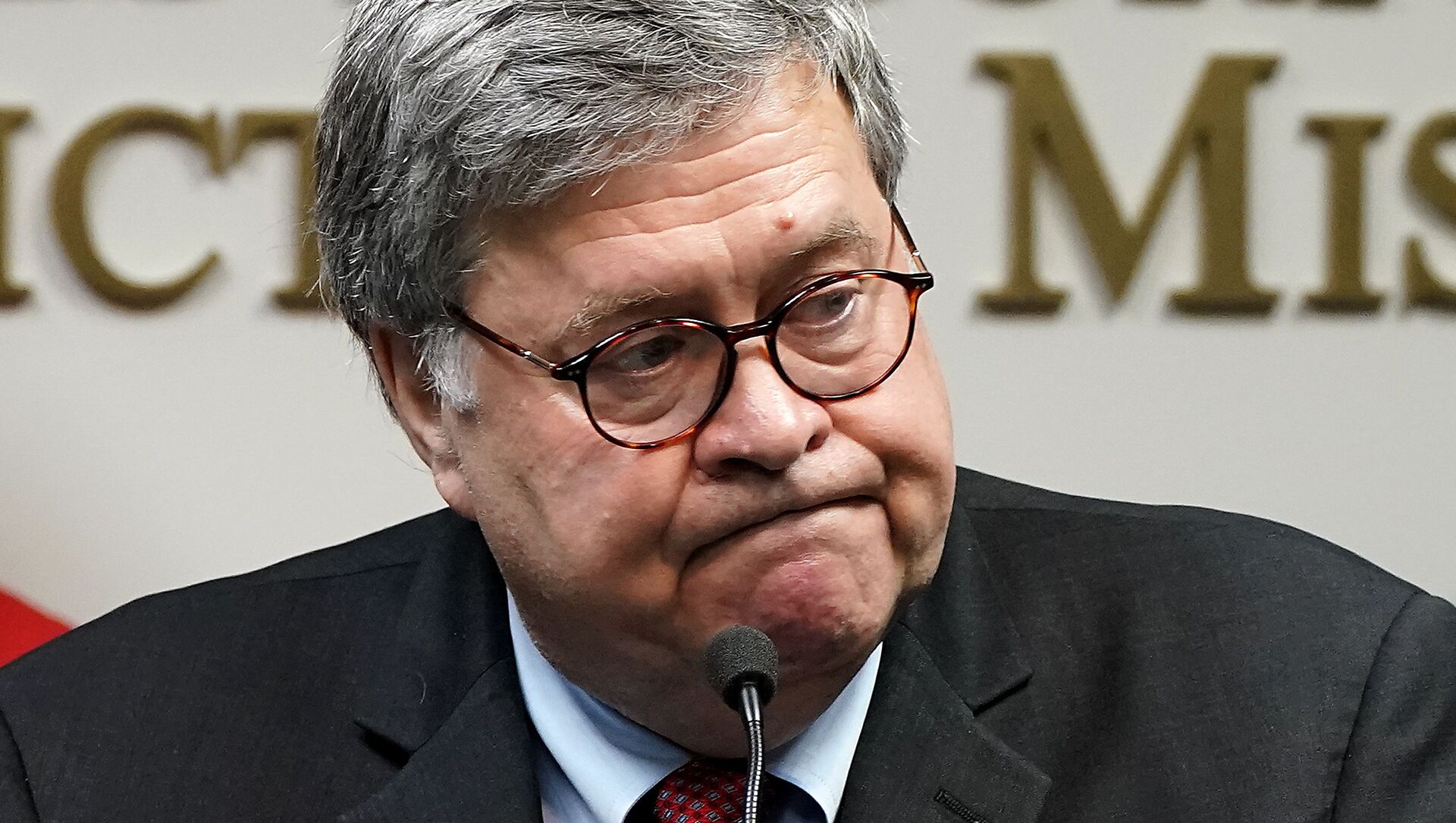 © AP Photo / Charlie Riedel
Subscribe
Gaby Arancibia
All materialsWrite to the author
George Floyd died on May 25, 2020, after a confrontation with Minnesota police saw the since-fired officer Derek Chauvin place his knee on Floyd’s neck for over 8 minutes, despite indications he could not breathe. As cellphone footage of Floyd’s death surfaced online, nationwide protests were held and renewed calls to mitigate police brutality.

Newly-surfaced reports indicate that Chauvin agreed to plead guilty to third-degree murder and accept a lengthy prison sentence in the days after Floyd’s death, but former US Attorney General William Barr rejected the deal over concerns it would appear too lenient.

Citing sources familiar with the matter, the New York Times reported that Chauvin had been willing to go to a federal prison for over 10 years in exchange for a guarantee that he would not face any federal civil rights charges over Floyd’s death, a request that made it contingent on the federal government’s approval.

Although the deal was set at the time, Barr eventually rejected the arrangement after concluding the quick deal would be looked down on by the public. Additionally, Barr reportedly wanted to provide more time for state officials to come to their own conclusions in the case.

Confirming the development to NBC News, an unidentified former Justice Department official revealed that the potential deal had been rejected by both politically-appointed and career officials at the Justice Department.

“His lawyers were trying to rush us, and we didn’t want to be rushed,” the official told the outlet.

Lacey Severins, a spokesperson for the Hennepin County attorney’s office, explained to NBC News that similar negotiations are “typical in many cases,” and that it’s “common” officials later “have no agreed upon negotiations develop.”

“This case was no different. Negotiations were discussed, nothing developed," she underscored.

Chauvin, who is presently charged with second-degree murder and manslaughter, is expected to appear in court for trial proceedings on March 8. Recently, the prosecution issued a request to reinstate a third-degree murder charge; however the motion was tossed out by the judge.

Three other officers charged with aiding and abetting in the case are scheduled for trial over the summer. All three have also been dismissed from the Minnesota police force.