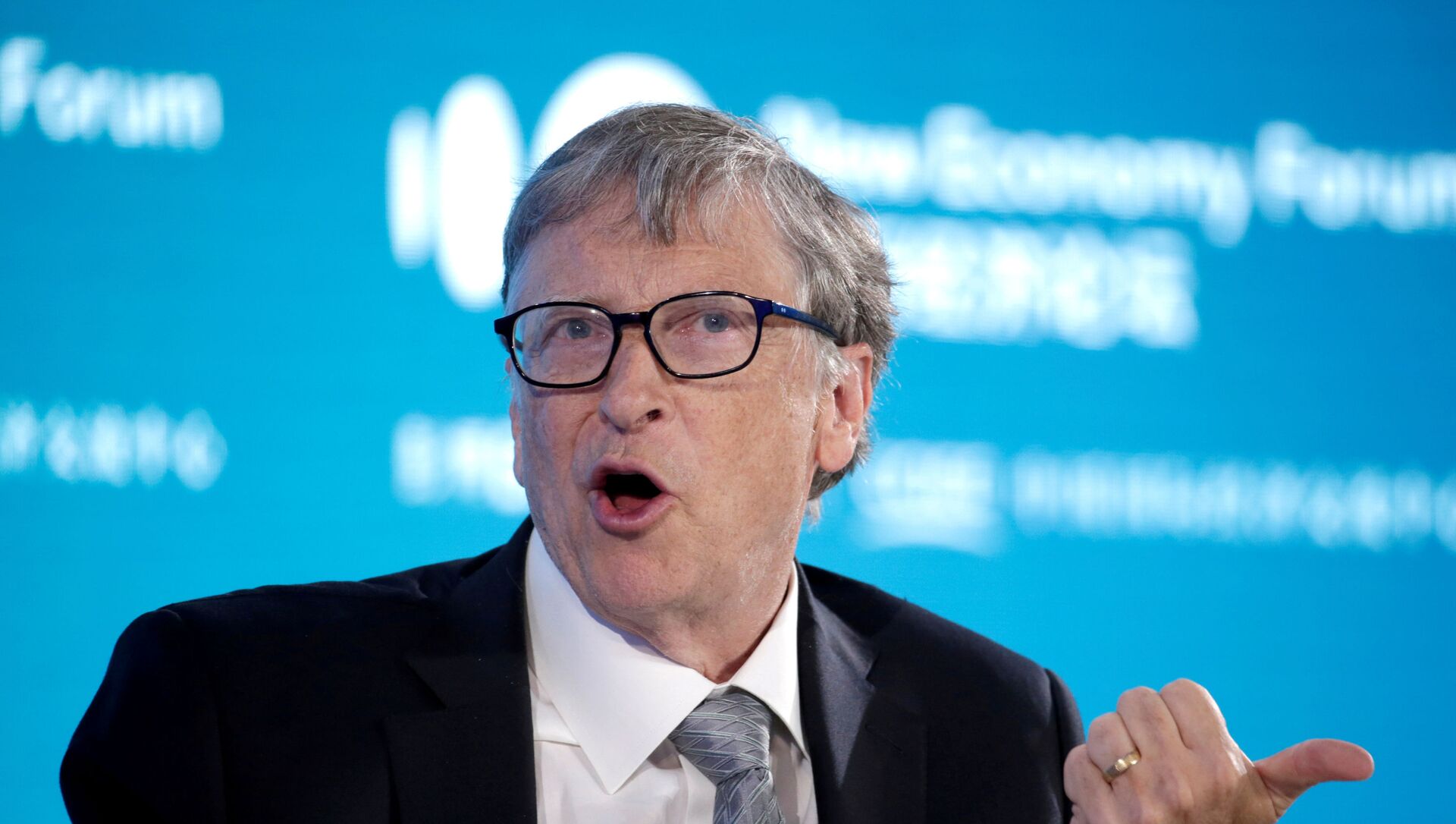 Evan Craighead
All materialsWrite to the author
American business magnate, philanthropist and Microsoft co-founder Bill Gates in a 2015 Ted Talk notably warned that the world was unprepared to take on a "highly infectious virus" that was likely to kill "over 10 million people in the next few decades."

After months of criticism related to his COVID-19 vaccine investments, Gates is now sounding the alarm over two disasters that could have a tragic impact on humanity: climate change and bioterrorism.

“One is climate change. Every year that would be a death toll even greater than the one we would have in this pandemic,” the Microsoft co-founder told Derek Muller in an interview for YouTube Channel Veritasium. “Also, related to pandemics is something people don’t like to talk about much, which is bioterrorism, that somebody who wants to cause damage could engineer a virus. So that means the chance of running into this is more than just the naturally caused epidemics like the current one.”

The American business magnate also asserted that the world got lucky with the novel coronavirus' case fatality rate.

“Pandemics can be worse in terms of the fatalities. Smallpox was over 30 percent fatality,” Gates said. “We were lucky that the fatality here is not, not super high, but we can nip in the bud ... the number of deaths with the right system should be a tenth of what we’ve seen here.”

More than 107 million people around the world have tested positive for COVID-19 since the pandemic began and at least 2,362,410 have died in relation to the contagious disease, according to the Johns Hopkins University COVID-19 dashboard.

Gates' recent warnings appear to be a continuation of past bioterrorism concerns, as he told American health-oriented news website STAT in 2018 that a "pandemic, natural or created by bioterror," could "cause an excess - in a single year - of 10 million deaths."

"In some ways, the bioterror thing scares me the most," Gates proclaimed. "All it takes is one small terrorism group ... Those groups have used things like anthrax ... and as yet, thank goodness, they have never gotten, been able to build, or get their hands on a nuclear weapon."

The American business magnate's comments of a possible epidemic or pandemic date back to his 2015 Ted Talk.

“If anything kills over 10 million people in the next few decades, it’s most likely to be a highly infectious virus rather than a war,” he asserted in April 2015. “We’ve actually invested very little in a system to stop an epidemic. We’re not ready for the next epidemic."

“Is this really science? Not even close. It's oligarchy, and all the billionaires are participating in it. The tech companies announced early they would not allow anyone to criticize this vaccine, and anyone who did would be kicked off their platforms right away. Corporate media then took it upon themselves to enforce this rule,” Carlson asserted during a February broadcast of his Fox opnion show.