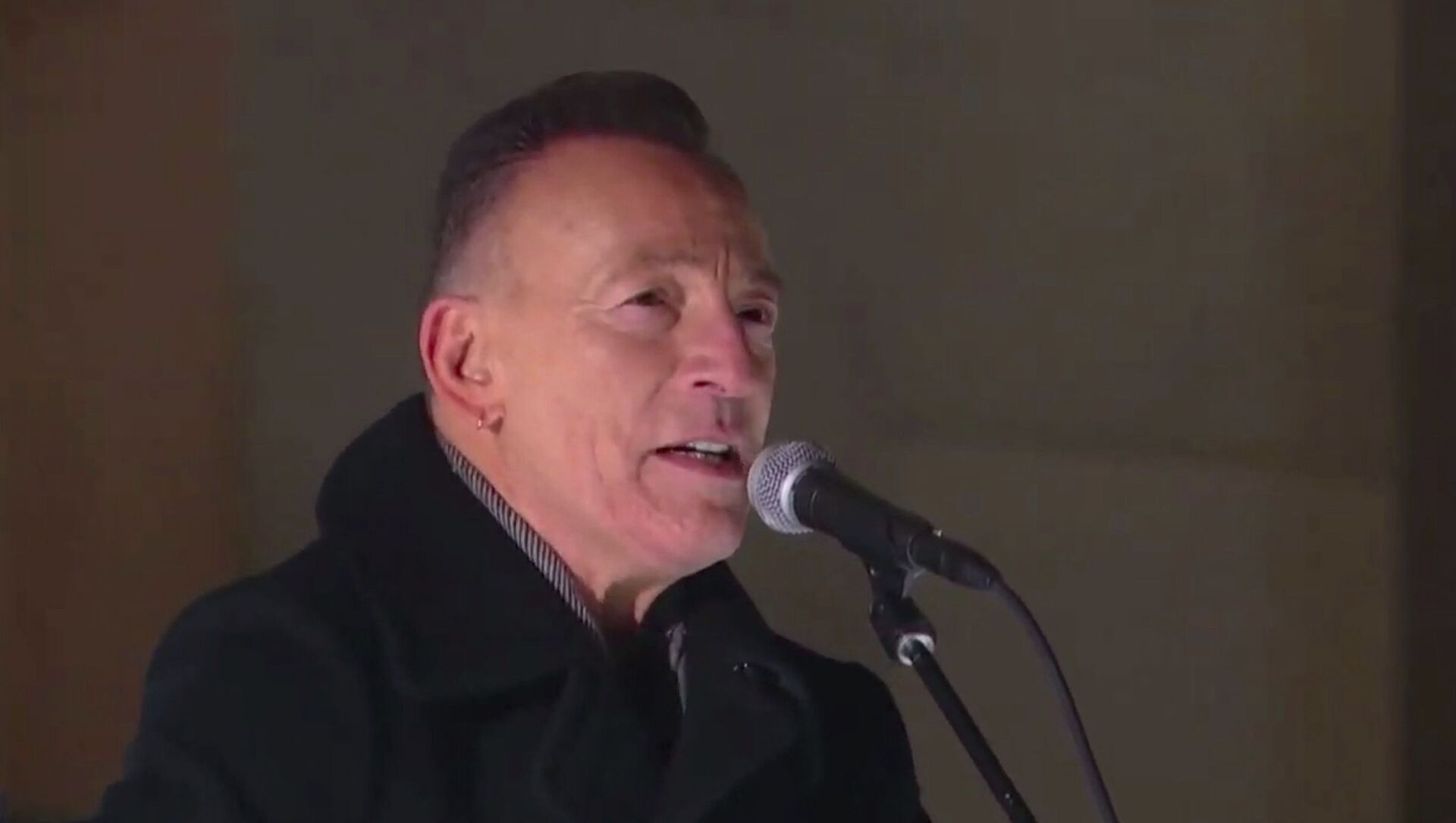 Gaby Arancibia
All materialsWrite to the author
Iconic musician Bruce Springsteen starred in his very first ad over the weekend, a Jeep commercial that aired during the Super Bowl and saw him call for national unity amid troubling times. Unfortunately for 'The Boss,' the ad didn’t have much of a lifespan on the carmaker’s YouTube page after an arrest report surfaced.

The American automaker, Jeep, yanked its Springsteen Super Bowl TV commercial from its YouTube page on Wednesday after reports detailed that the musician and songwriter who crafted the megahit “Born in the USA” was arrested in late 2020 for consuming alcohol at a national park.

The New Jersey native was arrested by law enforcement rangers on November 14, 2020, at the Garden State’s Gateway National Recreation Area, which covers some 27,000 acres, including Sandy Hook beach. The iconic band leader was charged with driving while intoxicated, reckless driving and consuming alcohol in a closed area.

A spokesperson for the National Park Service confirmed the incident to the Wall Street Journal, but did not offer any other details regarding the arrest, except that Springsteen had been “cooperative throughout the process.”

TMZ was the first to report on the November arrest.

Springsteen’s Jeep commercial has the musician driving in a vintage CJ-5, initially speaking about a chapel that sits in the exact middle point of the continental US. At the heart of Springsteen’s message, however, is a call to Americans to meet in “the middle” and move past divisiveness.

“We can make it to the mountaintop, through the desert, and we will cross this divide. Our light has always found its way through the darkness, and there’s hope on the road up ahead,” Springsteen says between alternating video clips. The ad ends with a dedication to the “ReUnited States of America.”

A spokesperson for Jeep, which is owned by the multinational Amsterdam-based automotive manufacturing corporation Stellantis, told the Journal that the ad was “paused” so that the “actual facts [of the arrest] can be established,” adding that “it would be inappropriate for us to comment on the details of a matter we have only read about and we cannot substantiate.”

Springsteen is expected to appear before a federal judge later this month.

The musician has no known prior arrests related to the consumption of alcohol. In Springsteen’s 2016 autobiography, he discussed having been raised by an alcoholic father whose behavior “convinced me to never go there.” He noted in his book that he didn’t consume alcohol until he was 22.