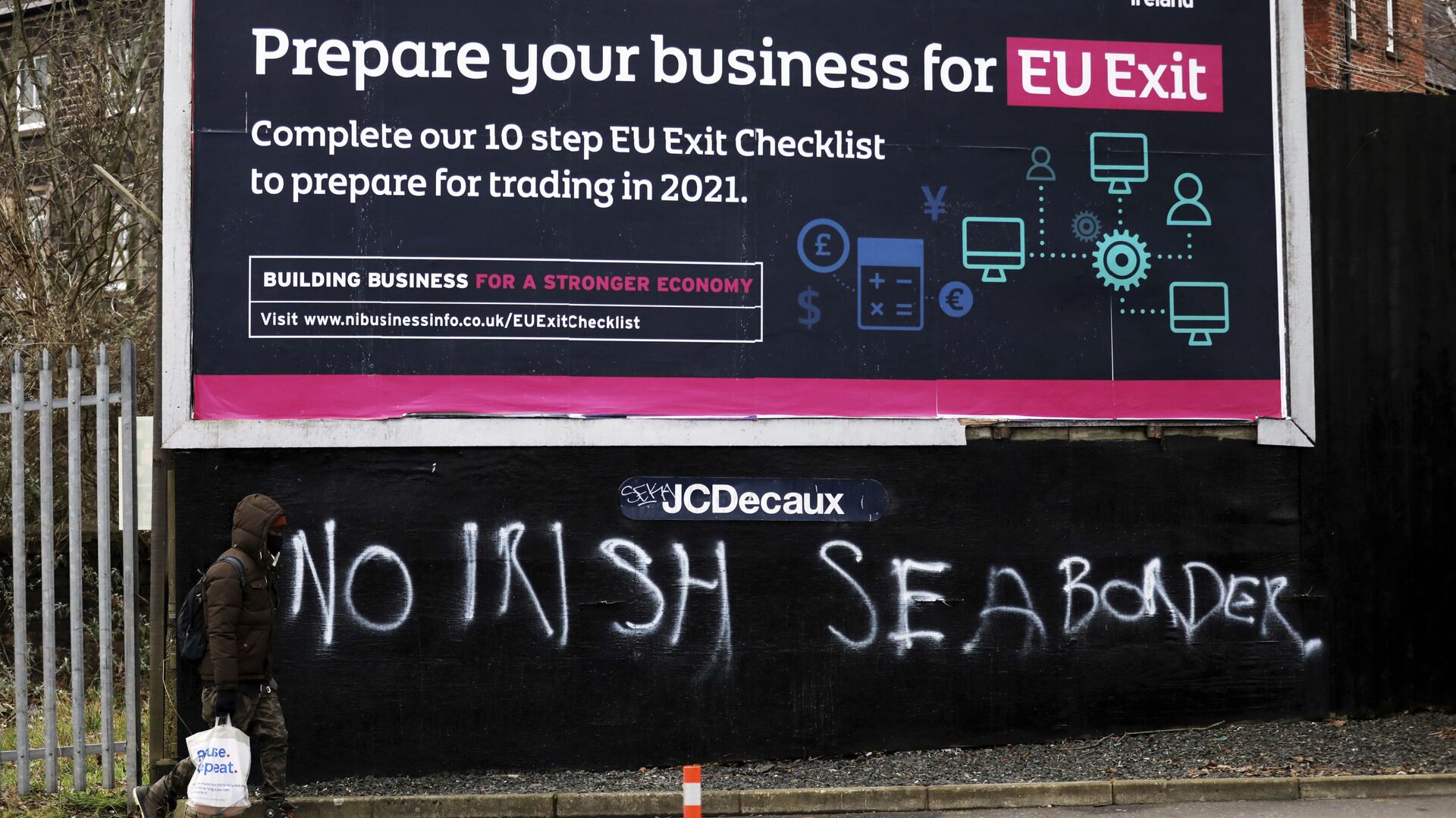 The EU's move to invoke Article 16 of the Northern Ireland Protocol sparked a major row between the bloc and the UK. Last week one of the Conservative Party's MPs admitted though that Britain failed to take the UK out of the EU as a single country.

Sputnik spoke to David Phinnemore, Professor of European politics at Queen's University Belfast, who shared his thoughts about the recent developments in Northern Ireland and the future of the Northern Ireland Protocol.

Sputnik: How volatile is the situation in Northern Ireland right now and is the United Kingdom stable?

'Whatever It Takes': UK Won't Be 'Pushed Around' by EU Over Northern Ireland, Attorney General Says
David Phinnemore: Brexit has certainly exposed and in many respects exacerbated the constitutional fault lines in the UK. This was seen in the result – Scotland and Northern Ireland voted for the UK to remain in the EU and so there is strong sense of having been dragged out of the EU by the vote in England. The manner in which the UK government has managed Brexit, often with flagrant disregard to the views of Scotland in particular, has only made matters worse. Hence, we see increased support for Scottish independence, and in Northern Ireland much greater discussion about the prospects for Irish unity. Neither Scottish independence nor Irish unification has an immediate inevitability about them. But the fact that they are being discussed is unsettling for supporters of the union. And then Brexit becomes real on 1 January 2021; there is disruption and, for unionists, the reality of the Northern Ireland protocol and Northern Ireland being treated differently. Concerns for Northern Ireland’s position within the UK clearly exist, and so we get increasingly vocal opposition to the potocol and calls for the UK to abandon it, creating a politically febrile atmosphere and a sense of continued uncertainty Sputnik: Michael Gove will hold talks in London on Thursday about the situation in Northern Ireland with EU vice-president Maros Sefcovic. What do you expect to come out of this meeting?

David Phinnemore: We can probably expect both sides to reiterate their commitment to the protocol and their intention to make it work and to find ways to solve at least some of the challenges around its implementation. Despite calls from Northern Ireland’s unionist parties for the protocol to be abandoned, there is no appetite on the part of the UK government to pursue such an option. There may be some announcements of extensions to existing grace periods, but the EU has clearly been seeking in recent days to damp expectations of any major moves. I would expect that we’ll see a statement on fully exploiting existing flexibilities agreed in December, that implementation of the protocol will be kept under constant review, and that further measures will be considered as appropriate

Sputnik: Do you think the arrangement is flawed? And if so, how?

David Phinnemore: The protocol has always been and is likely to remain a contested arrangement. Few people, if anybody, would regard it as an ideal solution to the challenges that Brexit poses in respect of Northern Ireland and the island of Ireland.

For unionists, it does complicate the movement of goods from Great Britain into Northern Ireland and, for many, it raises concerns for Northern Ireland’s position within the UK. For nationalists, a physical hardening of the border on the island of Ireland has been avoided; but Northern Ireland has, as part of the UK, left the EU.

This means disruption to economic activity on the island – the free movement of services, for example, is no more. With Brexit, and particularly the UK leaving the EU customs union and the internal market, there was always going to be serious disruption; the protocol – agreed by the UK and the EU – seeks to minimise this on the island of Ireland. And nobody has come up with a convincing alternative. For the foreseeable future, we can expect it to remain in place. Let’s remember, however, that members of the Northern Ireland Assembly will vote on the continued application of its key elements in 2024. The question then is: what next?