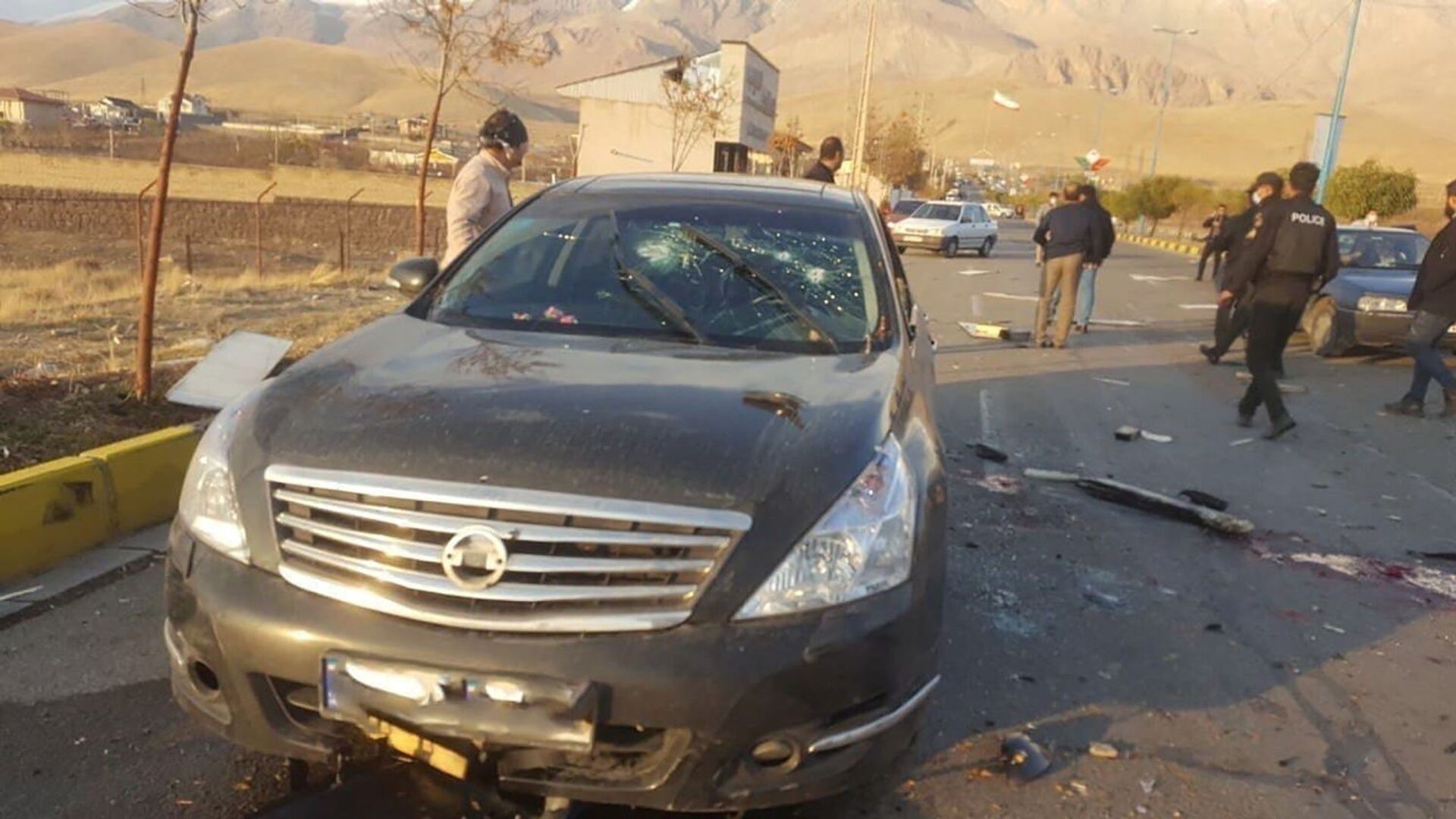 Oleg Burunov
All materialsWrite to the author
In December, Iran’s President Hassan Rouhani accused Tel Aviv of being involved in the assassination of Mohsen Fakhrizadeh, which Rouhani said was aimed to destabilise the region and provoke war in the final days of Trump’s “ill-fated” presidency.

The killing of top Iranian nuclear scientist Mohsen Fakhrizadeh in late November 2020 was the work of the Mossad, the Jewish Chronicle newspaper has quoted unnamed intelligence sources as saying.

The sources claimed that a one-tonne gun designed to kill the scientist had been smuggled into Iran “piece-by-piece” by the Israeli intelligence agency earlier last year.

According to them, “the high-tech hit” was staged by a spy team of more than 20 agents, including Israeli and Iranian citizens, who conducted an ambush on Fakhrizadeh after a protracted and “meticulous” surveillance operation.

“The team built up an extremely detailed, minute-by-minute plan. For eight months, they breathed with the guy, woke up with him, slept with him, travelled with him. They would have smelled his aftershave every morning, if he had used aftershave,” one of the sources asserted, referring to the scientist.

The insiders argued that the spy team knew Fakhrizadeh’s “daily route, speed and timing, and they knew exactly which doors they would use to get out”. 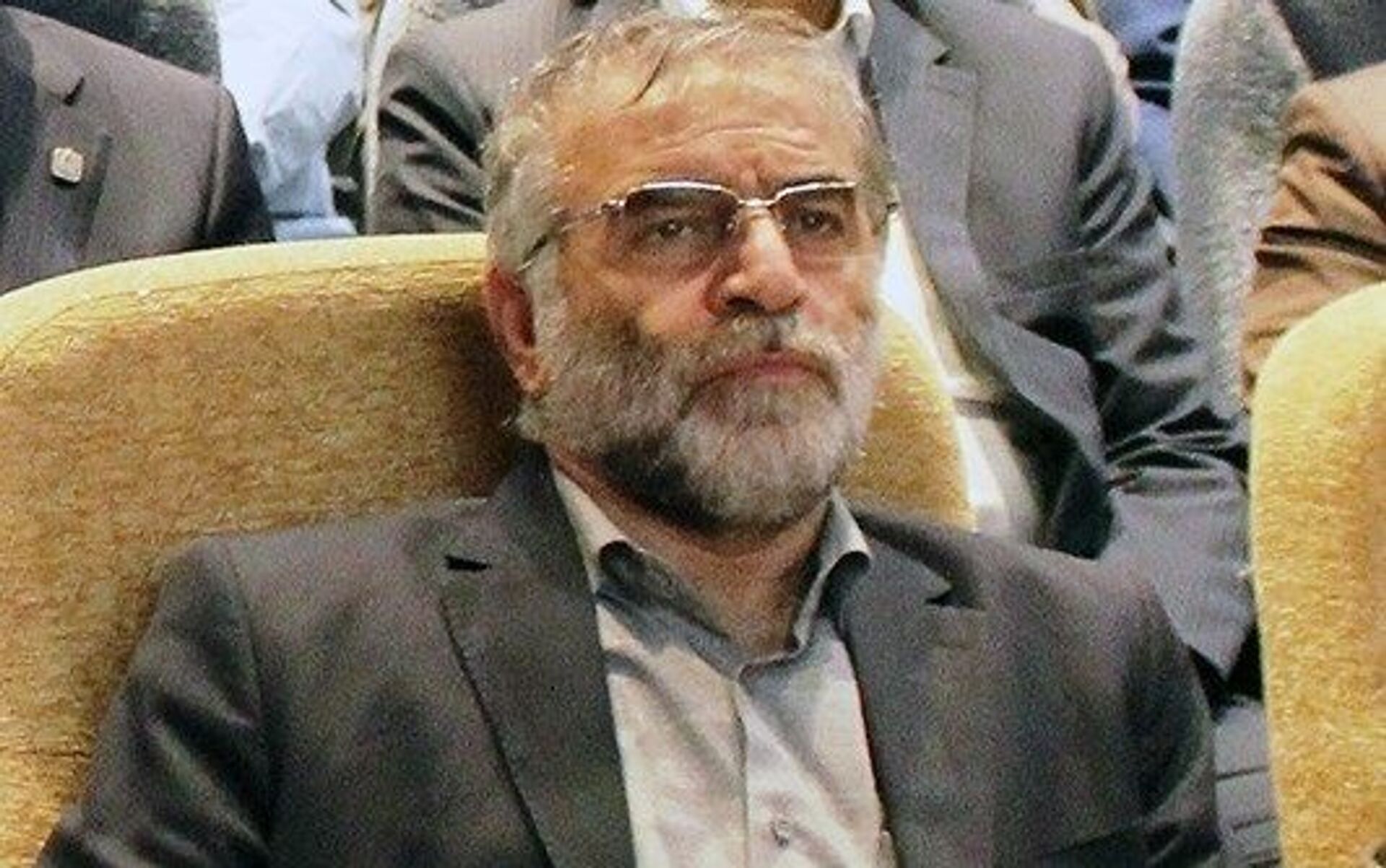 The team members reportedly used a state-of-the-art remote-controlled gun, which featured a small-sized bomb to allow the high-precision gun to self-destruct.

The sources claimed that the weapon was so accurate that neither Fakhrizadeh’s wife nor any of his security team were harmed in the attack, which saw a volley of 13 bullets mutilating the scientist.

“There were several ways to operate but this one was the most accurate. It was the most elegant way to make sure that the target will be hit, and only [Fakhrizadeh]. The objective was to avoid harming anyone else. Their security was not bad at all, but Mossad was much better. It was a major thing that happened, a dramatic operation,” the source said, adding that the agents then scattered and that none of them were caught.

The remarks come after Iran’s president Hassan Rouhani once again in mid-December pointed the finger of blame at Israel for killing Fakhrizadeh, an assassination Rouhani claimed was meant to destabilise the region and provoke war in the final days of Donald Trump’s “ill-fated” presidency.

At the same time, Israeli officials expressed concerns that Iran may retaliate, warning of possible attacks on Israeli diplomatic missions, ballistic missile strikes, or the use of “proxies” in Syria, Lebanon, and Gaza.

The US-Iranian tensions have been on the rise since Washington withdrew unilaterally from the 2015 Iran nuclear deal, also known as the Joint Comprehensive Plan of Action (JCPOA), and the reinstatement of crippling American economic sanctions on the Islamic Republic in May 2018. The tensions escalated in early January 2020, when top Iranian general Qasem Soleimani was killed in a US drone strike authorised by then-President Trump.