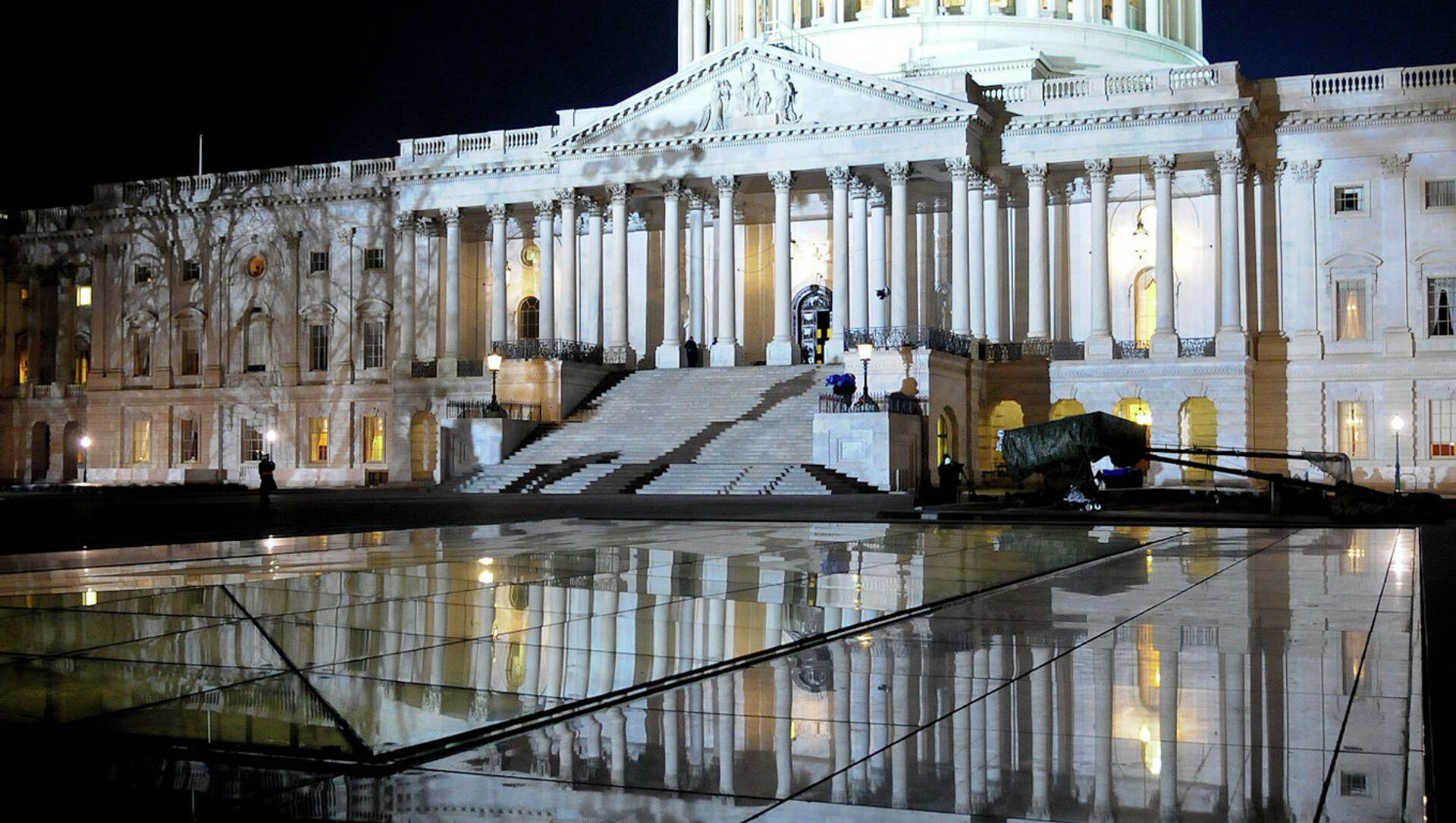 Oleg Burunov
All materialsWrite to the author
On Tuesday, the Senate decided that the impeachment trial against Donald Trump is constitutional, with all Democrats and six Republicans voting yes.

During Day 2 of Donald Trump's Senate trial, the House impeachment managers tried to make their case against the ex-US president's conduct before, during, and after election night on 3 November. Here's a closer look into how the trial unfolded on Wednesday.

Democratic impeachment managers presented a video of never-before-seen footage from the 6 January Capitol attack revealing when lawmakers were evacuated as rioters breached the building in a bid to stop Congress from certifying the election results. 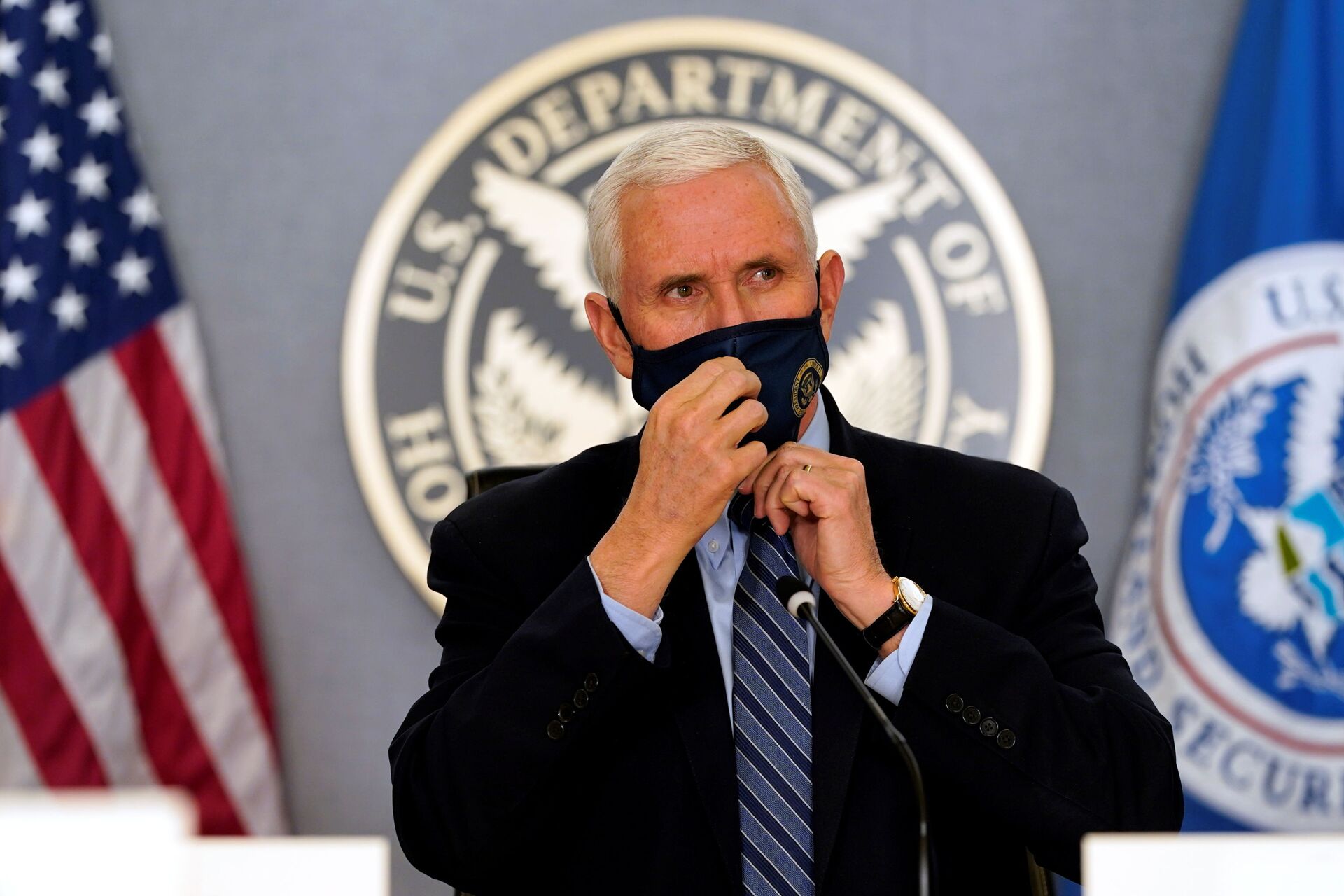 One of the videos showed the moment the mob stormed the Capitol, breaking windows and carrying Confederate and Trump flags. In other footage, rioters were seen rushing through the Capitol's hallways and ominously calling for House Speaker Nancy Pelosi by name.

Castro also cited Trump as saying that he would be "disappointed" in the vice president if he failed to uphold the "good of our Constitution" and oppose the certification of the presidential election results.

Castro was echoed by colleague Ted Lieu who elaborated about how Trump turned on Pence ahead of the 6 January election certification in Congress.

He quoted Trump as saying of Pence during his "Save America" speech that he "won't like him as much" if he certifies the election results. 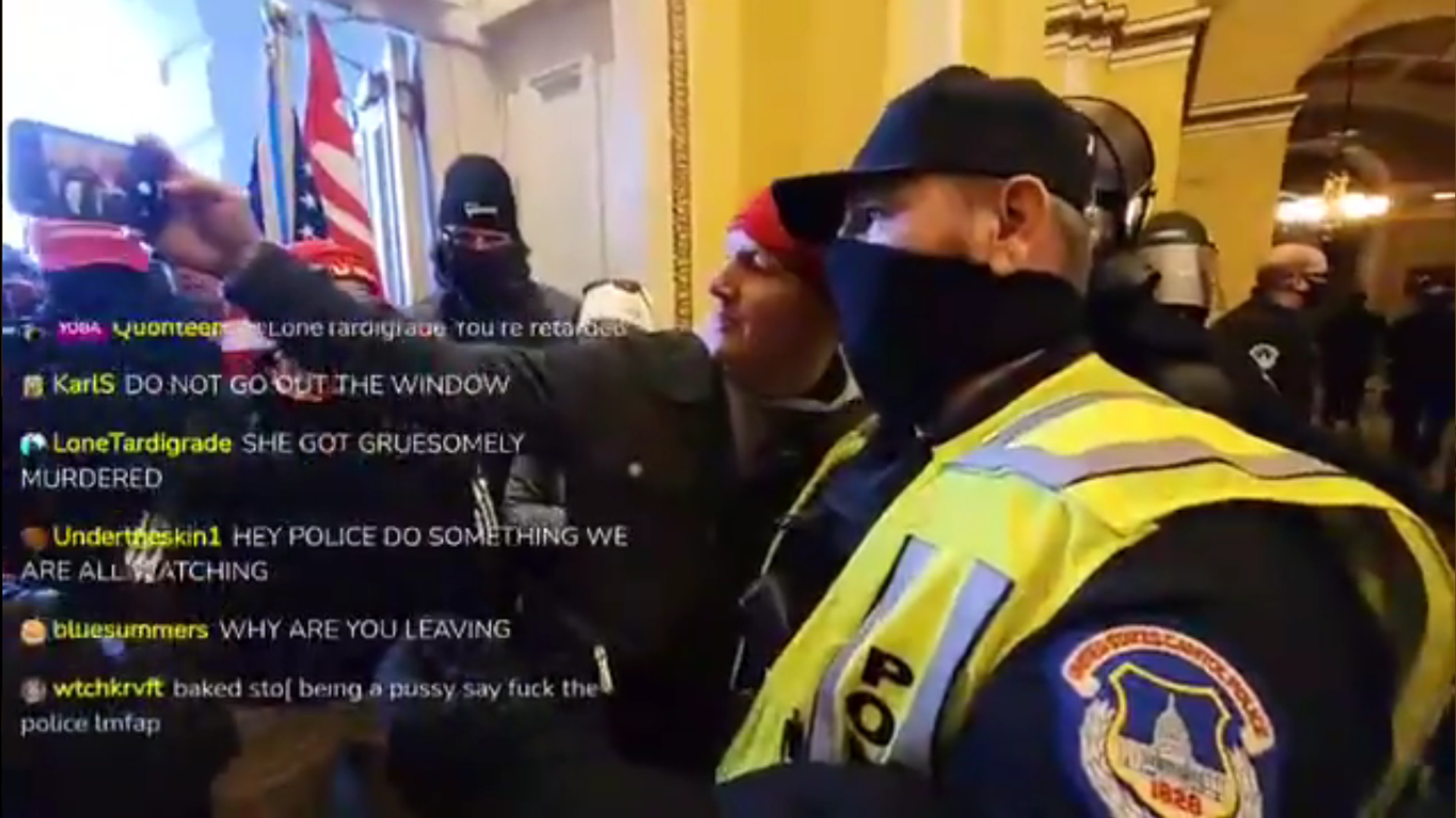 Day 2 also saw House Democrat Madeline Dean insisting that during Trump's "Save America" speech on 6 January, he urged his supporters to go down to the Capitol to "peacefully and patriotically make your voices heard".

According to Dean, it was the only time that the ex-POTUS used the word "peaceful" in the speech.

"In a speech spanning almost 11,000 words — yes, we did check — that was the one time, the only time, President Trump used the word peaceful or any suggestion of non-violence", she claimed, adding that Trump allegedly used the word "fight" or "fighting" 20 times during the address.

She spoke a few hours after former chief of staff Mark Meadows wrote on his Twitter page that "there's one line from President Trump's January 6th speech that Democrats keep conveniently leaving out". Meadows was referring to Trump's "peacefully and patriotically make your voices heard" remark.

Democrat Stacey Plaskett on Wednesday argued that Trump supporters did not have a permit to march to the Capitol on 6 January until then-POTUS stepped in.

The Virgin Islands delegate also accused Trump of "orchestrating" and "inviting" protesters to the Capitol, mentioning his "stand back and stand by" comments concerning the right-wing group Proud Boys during a 29 September debate between Trump and then-Democratic hopeful Joe Biden. 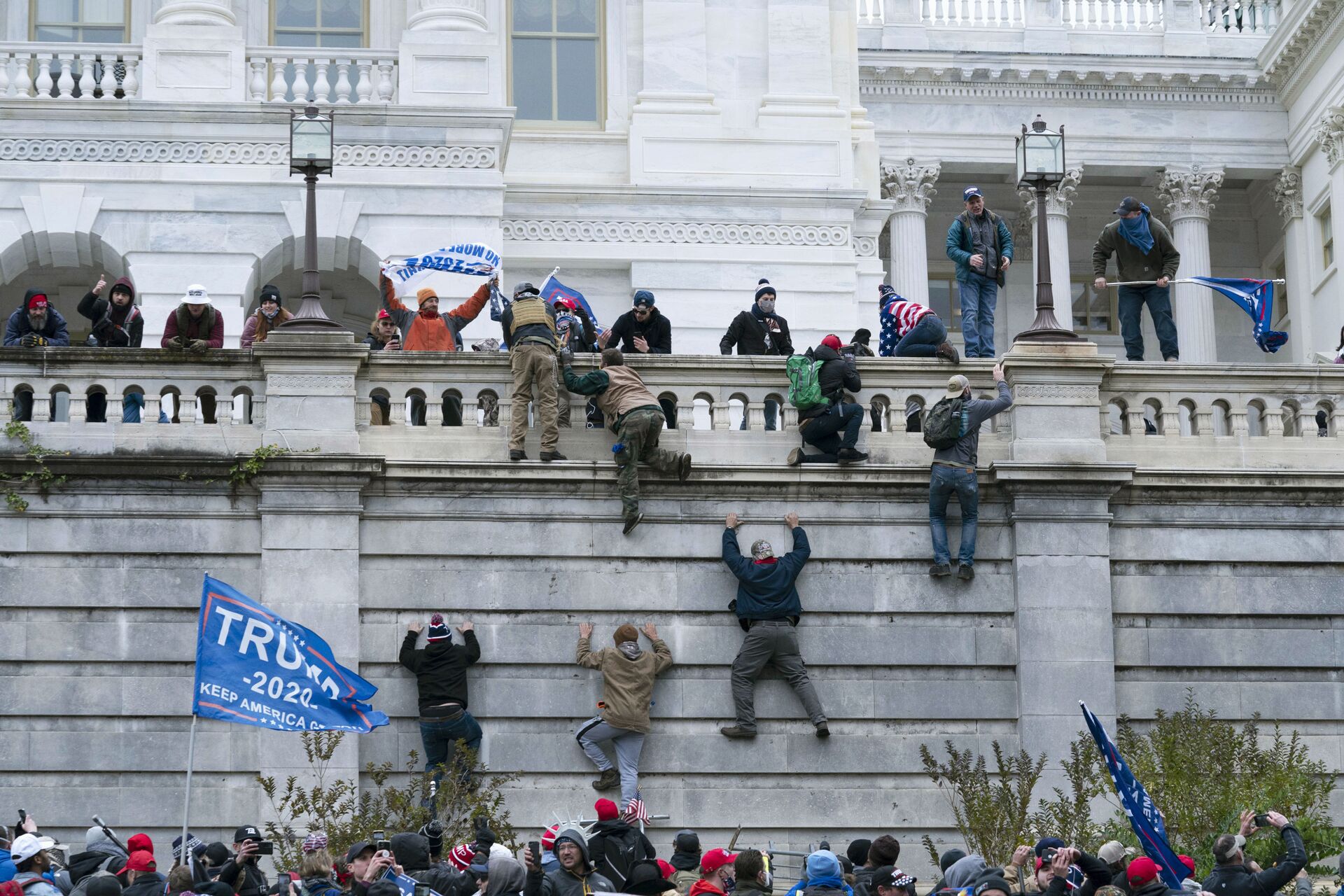 A day before, then-POTUS told reporters that he didn't "know who the Proud Boys are", adding, "[…] I can only say they [the Proud Boys] have to stand down, let law enforcement do their work".

On Wednesday, lead Democratic manager Jamie Raskin asserted that Trump was the "inciter-in-chief" of the 6 January riots rather than an "innocent bystander".

Raskin claimed that over many months, Trump had "praised, encouraged, and cultivated violence".

The Democratic congressman also pointed to Trump's "remember this day forever" tweet, which Raskin claimed were words of celebration, not sadness.

Trump Impeachment: How US Two-Tiered Justice System Rips the Sharply Divided Nation
The Democrat accused the former president of watching the 6 January riots "like a reality show", adding, "This is a day that will live in disgrace in American history, unless you ask Donald Trump".

The remarks came after the first day of the ex-president's second impeachment trial resulted in a 56-44 vote that found the proceedings were constitutional and should therefore continue.

Trump has repeatedly rejected his responsibility in the Capitol siege violence, with his legal defence team claiming that the impeachment is unconstitutional.