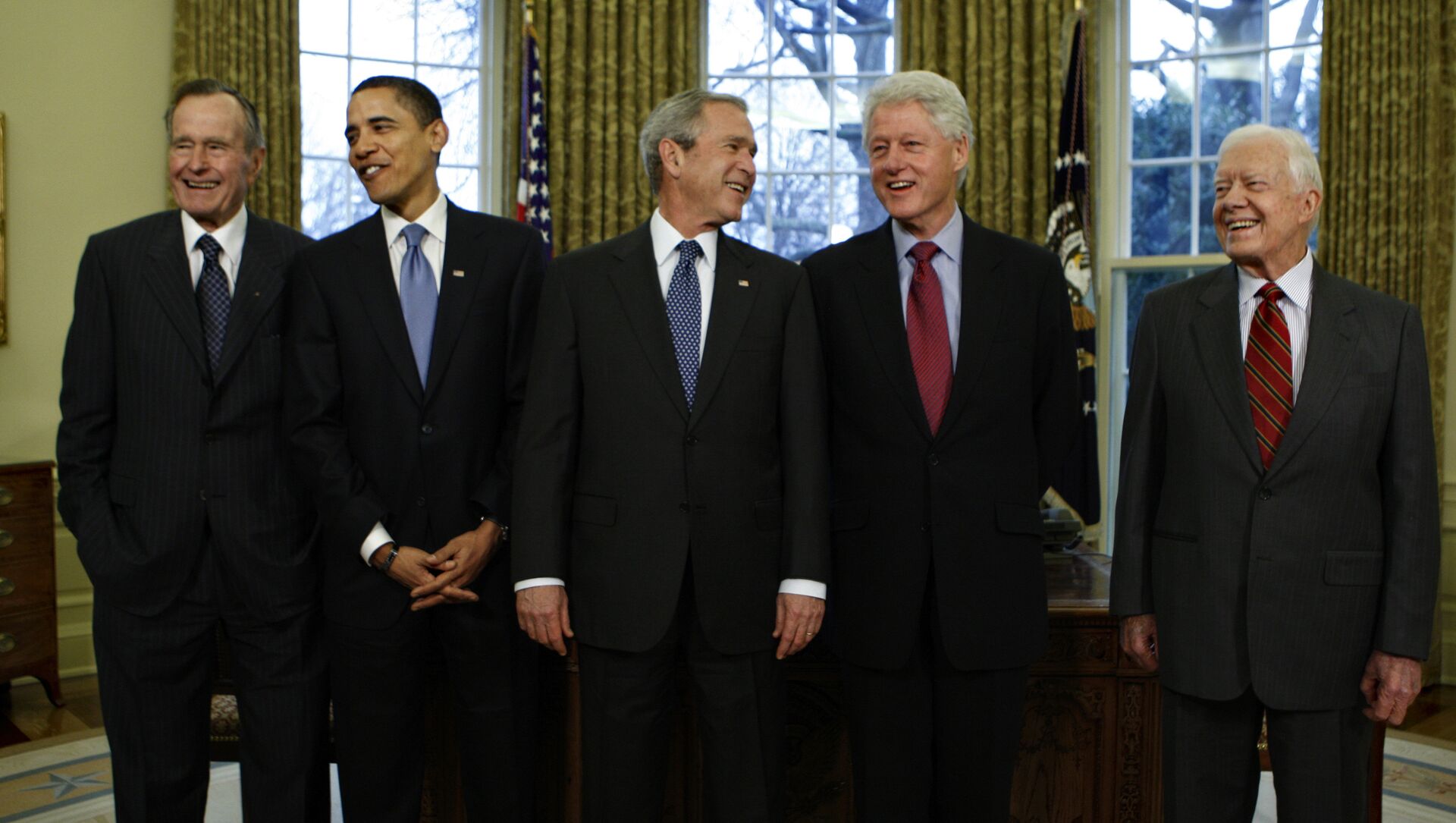 Ilya Tsukanov
All materialsWrite to the author
Since taking office, the Biden administration has sent conflicting signals on US plans to rejoin to the Joint Comprehensive Plan of Action nuclear deal, simultaneously demanding Iran’s return to compliance with the agreement while warning that Tehran could be “weeks” away from building a bomb. Iran says it won’t budge until US sanctions are lifted.

Iranian Foreign Minister Mohammad Javad Zarif has addressed the Biden administration on the occasion of the 42nd anniversary of the Iranian Revolution of 1979, urging the new president not to repeat the mistakes of his predecessors.

“Donald Trump betted on the myth that Iran is a nation that can be forced to choose between collapse and submission. We have all seen the outcome of that bet. But Trump was not the first nor the second, but in fact the seventh consecutive US president who has made and lost the exact same wager,” Zarif said in a speech recorded to camera on Tuesday and uploaded to Twitter on Wednesday.

“With a new administration in Washington there is an opportunity to try a new approach. But the current window is fleeting,” the diplomat warned.

According to Zarif, unless the US takes immediate steps to lift sanctions and rejoin the nuclear agreement, Iran would be compelled, “in accordance with our rights within the JCPOA,” to continue to develop its nuclear programme, and to reduce its cooperation with International Atomic Energy Agency inspectors.

This “remedial action” “can be averted only if the United States decides to learn from Trump’s maximum failure, rather than lean on it,” the foreign minister stressed.

Iranians Rally in Tehran Marking Islamic Revolution Anniversary
Dubbing the Iranian uprisings of 1979 a “great popular revolution” which succeeded “without reliance on any external power or the leadership of any armed group” and “through a sole reliance on people power,” Zarif praised the Islamic Republic’s successes, including the creation of what he said was “the most extensive local industrial base and homegrown scientific and technological prowess. We have achieved this, and much more, in the face of the longest and most extensive campaign of economic terrorism in recent history.”

11 February, 1979 is considered the date of the final victory of the Islamic Revolution in a year-long struggle against the monarchist regime of US-installed dictator Mohammad Reza Pahlavi. The Middle Eastern nation was officially proclaimed the Islamic Republic of Iran in April 1979 following a referendum.