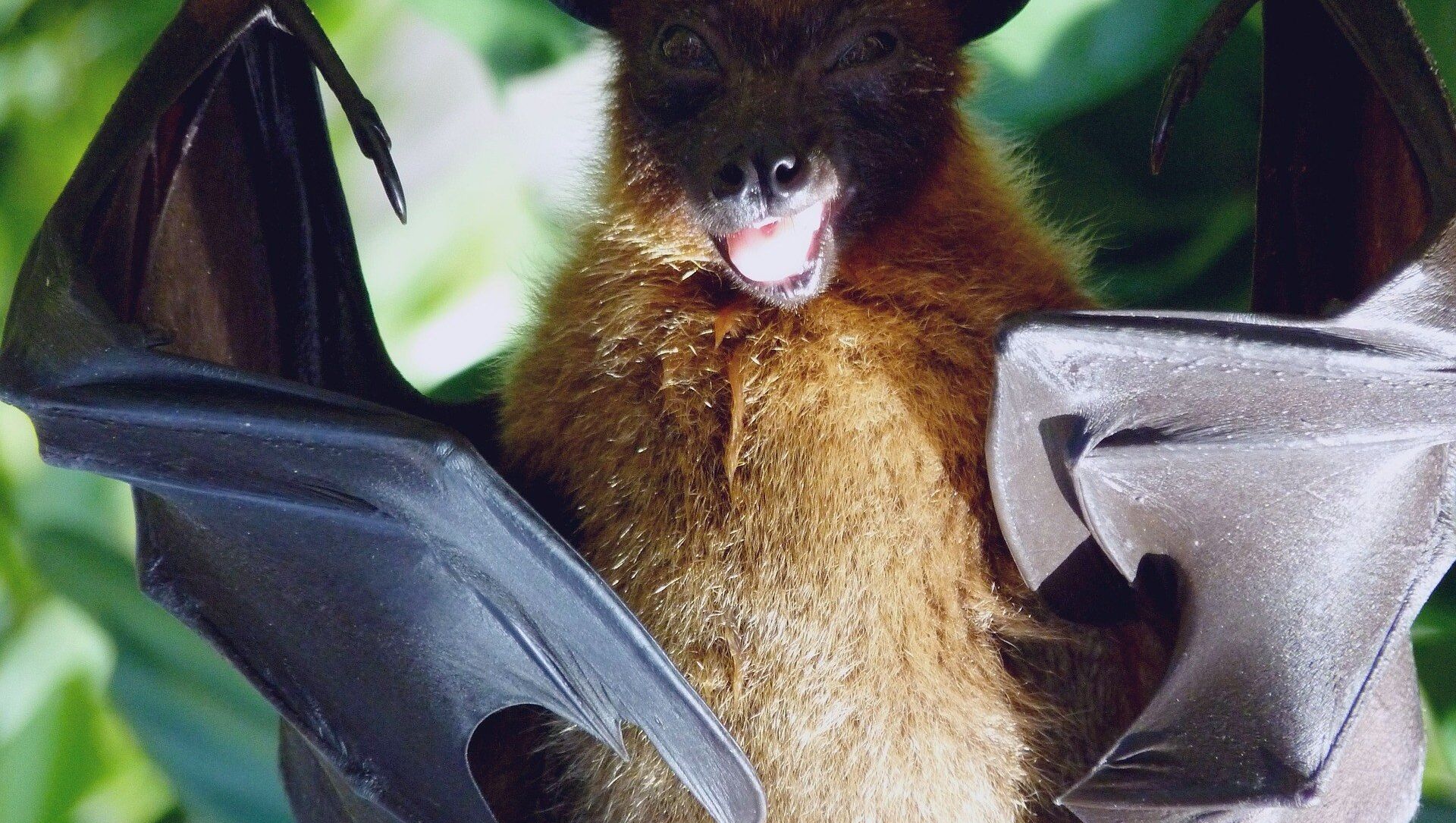 Mary F.
All materialsWrite to the author
SARS-CoV-2, the virus that causes COVID-19 and which has infected over 107 million people and led to more than 2 million deaths, is believed to infect bats. The evolution and diversification of such diseases is still not fully understood.

A new study published on Tuesday in the journal Nature Communications reveals that there are bats in Thailand with a new coronavirus that matches the one that causes COVID-19. The new virus, known as RacCS203, was identified in the blood of five horseshoe bats in an artificial cave at a wildlife sanctuary in eastern Thailand. Researchers at the Chulalongkorn University in Bangkok conducted genomic sequencing on the virus and found that the virus shares 91.5% of the genetic code of SARS-CoV-2.

The researchers also found that the virus is similar to another virus known as RmYN02 found in bats in Yunnan, China. However, the RacCS203 virus has differences in its spike protein, which does not allow the virus to infect human cells. The spike protein of SARS-CoV-2 allows the virus to penetrate host cells and cause infection.

"We need to do more surveillance in animals,” Lin-Fa Wang of the University of Singapore, who was involved in the study, told BBC. "In order to find the true origin, the surveillance work needs to go beyond the border of China."

On Tuesday, the World Health Organization (WHO) team in the Chinese city of Wuhan revealed that viruses similar to SARS-CoV-2 can be identified in many animals. However, they have been unable to find concrete evidence of animal-human transmission of the virus.

According to China's head of the COVID-19 expert panel, Liang Wannian, the virus may have originated as a transmission from animals to humans.

In addition, WHO researchers concluded that the outbreak did not start in a Chinese lab.

"Our initial findings suggest that the introduction through an intermediary host species is the most likely pathway and one that will require more studies and more specific, targeted research," said Peter Ben Embarek, who led the WHO scientific delegation, NPR reported.

"It was very unlikely that anything could escape from such a place. And we also know that when lab accidents happen they are of course extremely rare," Embarek added.