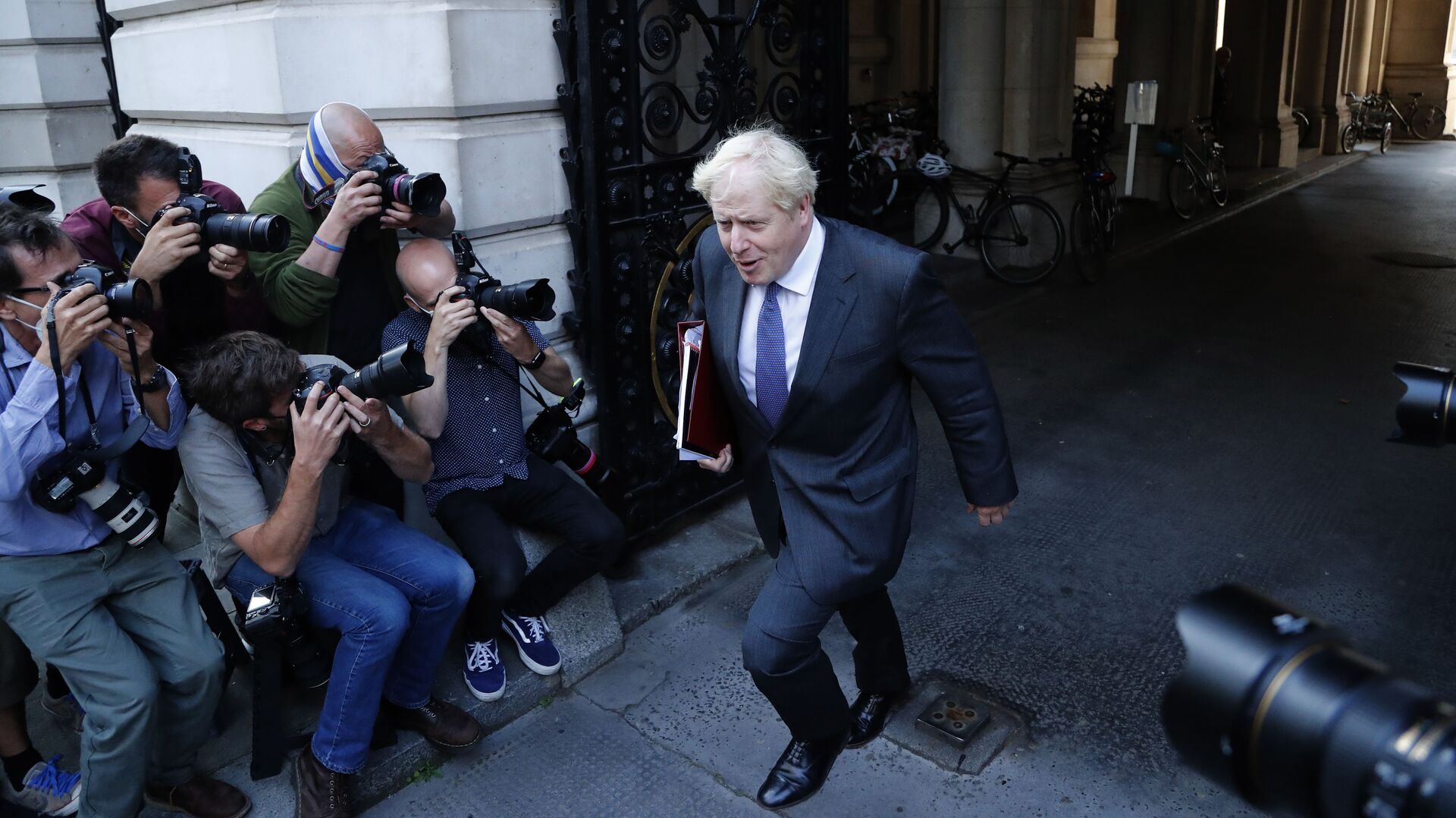 Evgenia Filimianova
All materialsWrite to the author
It is important that the activity of the officials, the Prime Minister and the Cabinet, to be properly recorded, according to a government spokesperson.

Downing Street has confirmed the previously rumoured suggestions that it has hired three PR photographers to boost the image of the office and produce snaps of Boris Johnson's dog, among others.

Two civil servants and one special adviser, paid for by the taxpayer, are said to be now employed by No 10.

“We have three photographers at No.10. As you are aware, we have an MoD photographer as one of those three, you’ve seen recently that we’ve recruited a cross-government photographer, and you all know Andy Parsons,” the spokesperson for Downing Street has been reported to say.

The spokesperson for Prime Minister Boris Johnson explained that these photographers document the work of the government, as well as the work inside Number 10.

“It’s obviously important that we record the activity of the government. They [photographers] document the work of not just the PM but the whole of the Cabinet,” the spokesperson said.

Previous PMs used media photographers (free of charge), so why can’t this one? No10: “They document the work of Government as well as life inside No10. Their pictures are made available for use, not just domestically but internationally as well”.

Interesting photos by Andrew Parsons inside No 10 on 23 Dec https://t.co/IGQqf2e1bj pic.twitter.com/37PUpN0GrV

Downing Street dog Dilyn playing in the snow. @Number10cat Have you been enjoying the snowy weather as well? pic.twitter.com/EUTvBsQixu

​The UK Prime Minister was criticised by the opposition Labour party for spending taxpayers’ money on “vanity,” with the special adviser, Andrew Parsons, reportedly getting paid around already £100,000 a year for his part-time work. Another photographer, who is said to have started recently, is getting paid £60,635 a year. The third employee’s wages haven’t been disclosed at this point.

“When the government is refusing to extend free school meals during half term next week and pushing ahead with plans to cut £1,000 from Universal Credit, the public will be rightly questioning why there is apparently no limit on the money that can be found to pay for a coterie of vanity photographers for the Prime Minister. Instead of spending more taxpayers' money on photographers, the Prime Minister should prioritise supporting hard-pressed families and the children who are going hungry during this crisis,” Deputy Labour leader Angela Rayner has argued.

Johnson’s approval rating, as reported by pollster YouGov on 18 January, had 39% of respondents say he was doing “well” as Prime Minister, while 55% said he was doing “badly.”