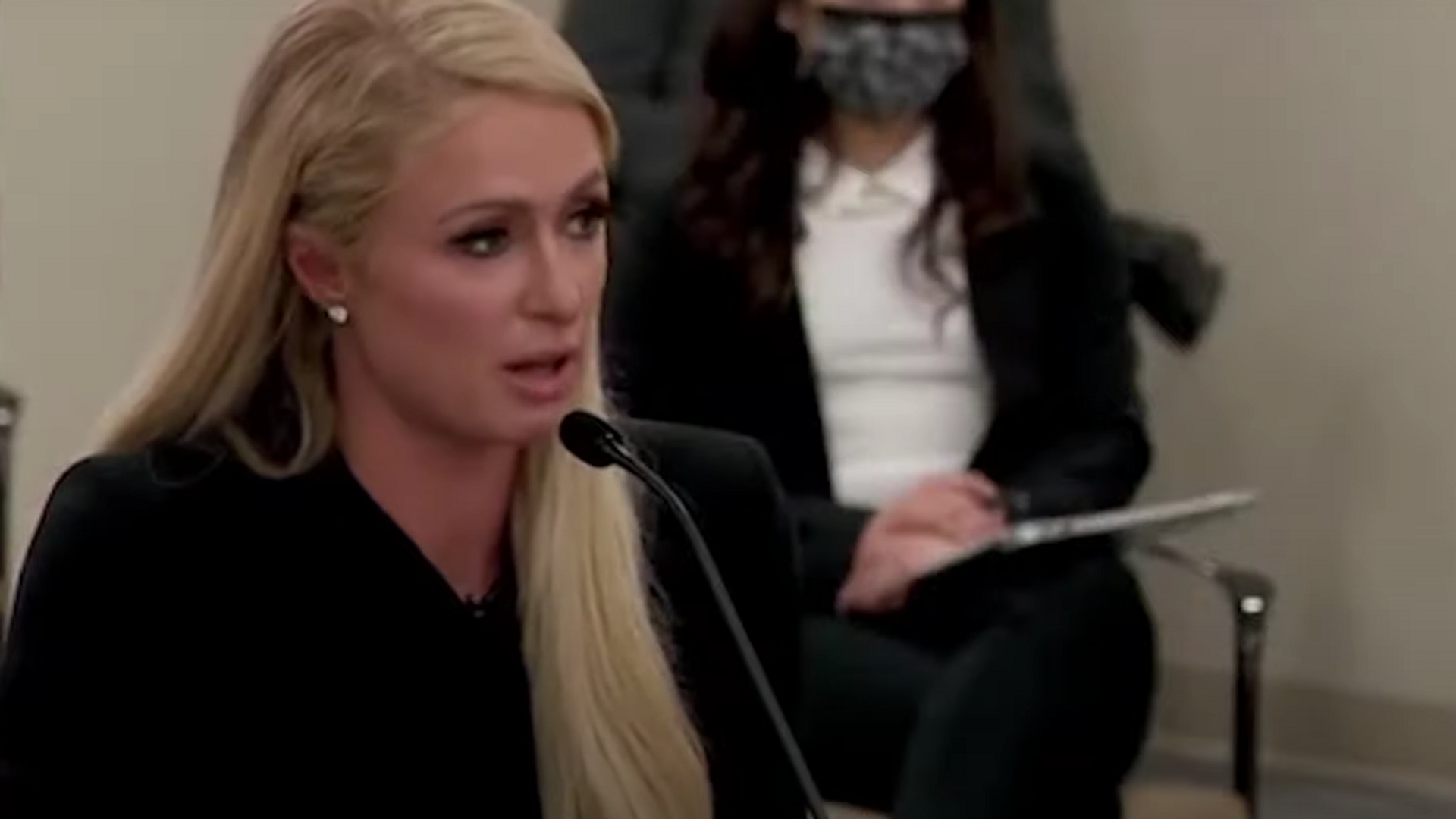 © ET Canada
Subscribe
Evan Craighead
All materialsWrite to the author
Socialite, businesswoman and actress Paris Hilton previously revealed in her 2020 documentary 'This is Paris' that she was one of many victims of child abuse at Utah's Provo Canyon School, a boarding school for 'troubled' teens.

While Hilton is usually making appearances or DJ'ing at the latest club opening, the socialite and businesswoman appeared at the Utah State Legislature on Monday to testify in favor of Senate Bill 127, which seeks to assign more government oversight to treatment centers that deal with so-called 'troubled' youth.

"Every time I would use the bathroom or take a shower, it was monitored," Hilton told the court, speaking of her experience at Provo Canyon School. "At 16 years old, as a child, I felt their piercing eyes staring at my naked body. I was just a kid who felt violated every single day."

Hilton testified that she was "verbally, mentally, and physically abused on a daily basis" while attending Provo Canyon School for approximately 11 months when she was 17 years old. The businesswoman told Drew Barrymore last year that she was sent off to the school by her "strict" parents because she would "sneak out and go to clubs and parties" while living in New York.

She went on to highlight that the Fourth Amendment of the US Constitution "gives [Americans] the right to privacy."

"Yet, while using the bathroom and while showering, staff would violate my rights. This is unconstitutional, degrading, and terrifying," Hilton asserted. "That small room covered in scratch marks and smeared blood with no bathroom is one of the most vivid and traumatizing memories I’ve ever experienced in my entire life," she testified.

According to Hilton, "children were restrained, hit, thrown into walls, strangled and sexually abused regularly at Provo."

Additionally, she told the court that all lines of communication with her family were "monitored and censored," preventing her from disclosing these allegations in real time.

Hilton tapped lawmakers, including US President Joe Biden and Vice President Kamala Harris, to take a stand against child abuse in the US.

"I'm calling not only on the people in this room, but also elected leaders, like ... [Senate Majority Leader] Schumer, [House] Speaker Pelosi, Vice President Harris, and President Biden and everyone listening to my voice today to denounce child abuse."

Hilton leveled the same claims against Provo in her "This is Paris" YouTube documentary in September 2020. She, along with other alleged survivors of abuse, have pushed for the closure of the school until a proper investigation takes place.

"So join us, and stand against institutionalized abuse alongside the survivors," reads her petition, which is nearing 200,000 signatures. "With your support, we will address this national crisis as a community and work to enact measurable change to ensure no child experiences physical, mental, and sexual abuse at the hands of these facilities."

The school has highlighted that it was under different ownership during the period Hilton recounted.

"As previously stated, Provo Canyon School was sold by its previous ownership in August 2000. We therefore cannot comment on the operations or patient experience prior to that time," the school told KUTV.

"While we acknowledge there are individuals over the many years who believe they were not helped by the program, we are heartened by the many stories former residents share about how their stay was a pivot point in improving – and in many cases, saving – their lives."