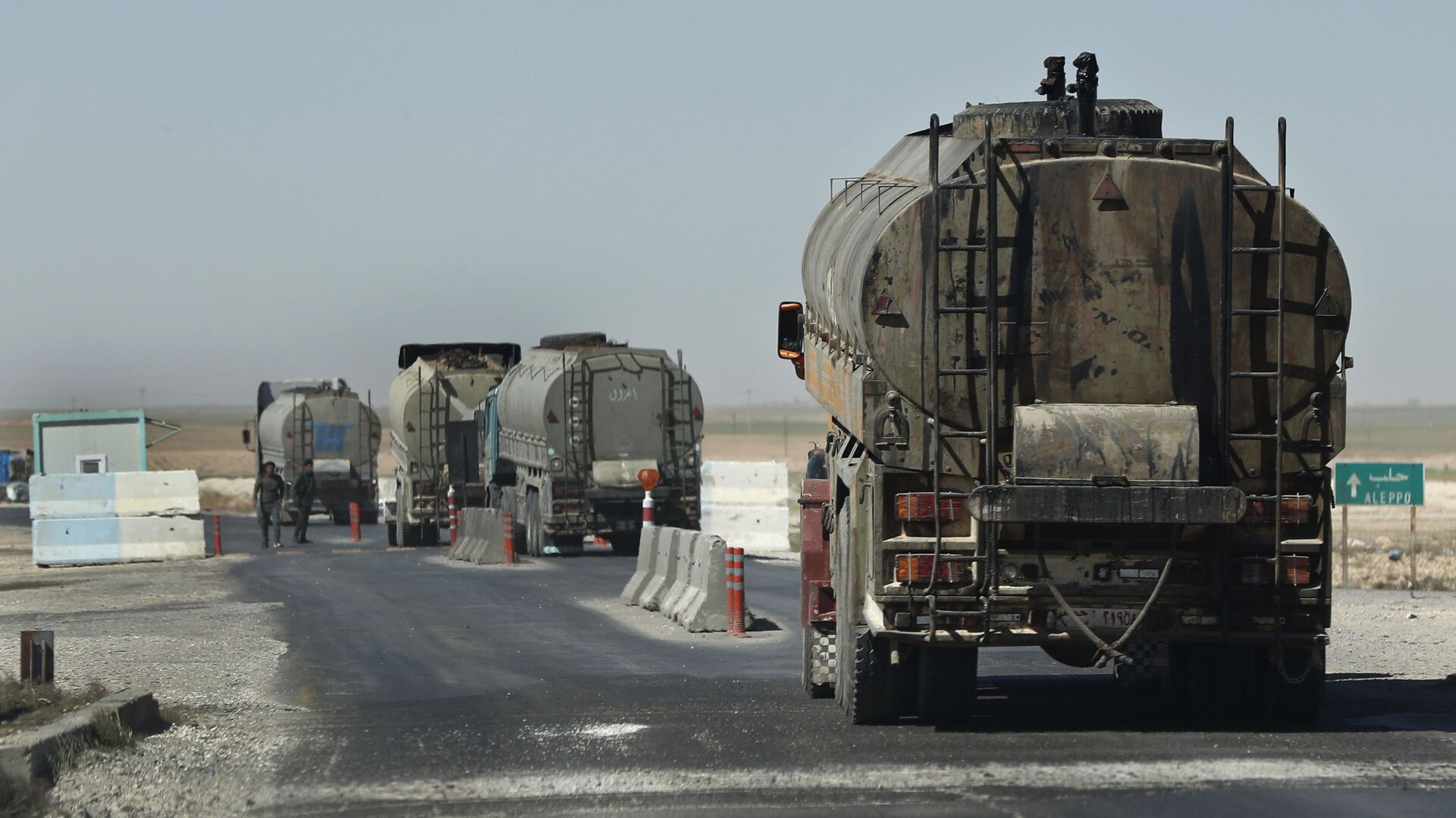 Ilya Tsukanov
All materialsWrite to the author
In 2019, the US redeployed troops from the Syrian-Turkish border into the war-torn country’s interior, with President Donald Trump admitting freely that the forces were assigned to “take the oil.” Russia estimates that the Pentagon, the CIA, contractors and Kurdish militias make over $30 million a month smuggling the stolen oil out of the country.

The US military presence in northeast Syria is aimed at ensuring the “enduring defeat” of the Daesh (ISIS)* terrorists, and they are not involved in exploiting the region’s oil resources, Pentagon spokesman John Kirby has announced.

“Except where appropriate under certain existing authorizations to protect civilians, DoD personnel or contractors are not authorized to provide assistance to any other private company, including its employees or agents, seeking to develop oil resources in northeast Syria,” the spokesman said, speaking to reporters at a press briefing in Washington, DC.

Kirby clarified that the US has about 900 troops in Syria at the moment, with their numbers fluctuating “daily due to operational requirements.”

Kirby also claimed that the US mission in Syria “remains to enable the enduring defeat of ISIS, and US service members that are there are supporting the ‘defeat ISIS’ mission in Syria, that’s what they’re there for, and they’re working in conjunction with local partner forces in the northeast part of that country.”

The vast majority of Syria’s oil and gas wealth is concentrated in the country’s northeast, and is now outside the control of the Damascus government, which desperately needs oil revenues to rebuild from a devastating foreign-backed civil conflict. Before the war, Syria was able to use its modest oil reserves to ensure its energy self-sufficiency, and to make a modest profit through export earnings.

In 2019, after redeploying US troops from the Turkisk-Syrian border to Syria’s interior, President Donald Trump stated repeatedly that the only troops the US had in Syria were there to “take the oil.” His comments sparked outrage in US and international media, who accused him of breaking international laws against pillaging and thus committing a war crime. Syrian President Bashar Assad praised Trump, however, saying that he has at least been “honest” about America’s malign intentions toward his country, unlike his predecessors.

In October 2019, the Russian military released a detailed intelligence report on US oil-smuggling activities in Syria, revealing that the Pentagon, the CIA and private military contractors were working with Kurdish forces and US-controlled oil companies to mount an oil smuggling operation earning them over $30 million a month from the remnants of local oil infrastructure, including the al-Omar oilfield and the massive al-Tabia gas field, both of which are situated in Deir ez-Zor province.

Syrian officials have repeatedly urged the US and all other foreign forces operating in their country without approval from Damascus to vacate immediately, and have vowed to one day restore control over the Arab Republic’s internationally recognized territory.