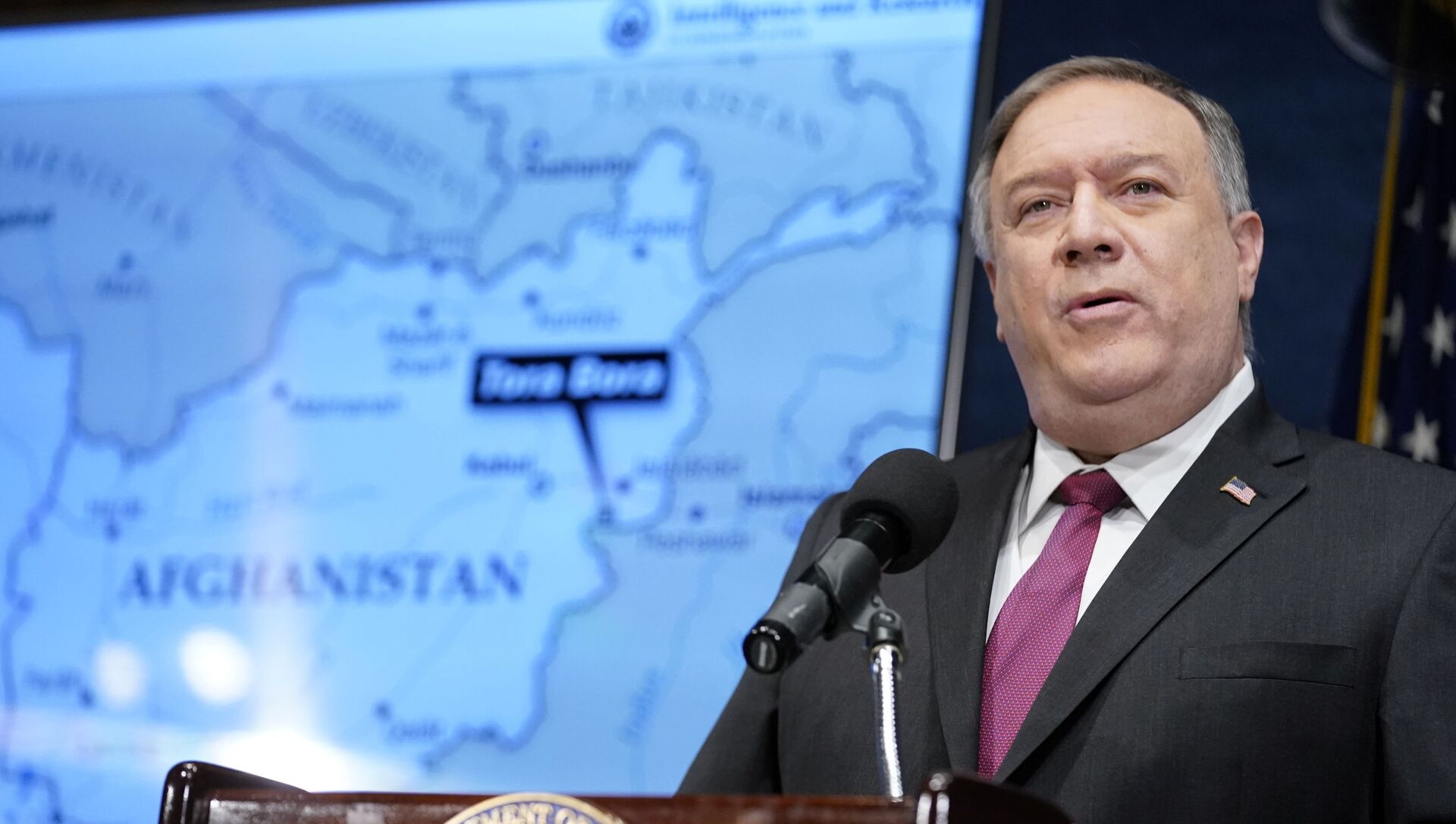 Jason Dunn
All materialsWrite to the author
The World Health Organisation on Tuesday concluded its investigation into the coronavirus outbreak in Wuhan, China, announcing that it was unlikely that the COVID-19 was released from laboratories at the Wuhan Institute for Virology.

A former US secretary of state, Mike Pompeo, rejected the World Health Organisation's (WHO) conclusion that it was "extremely likely" that the first coronavirus case spread from animals to humans.

Speaking to 'America's Newsroom' on Tuesday, Pompeo continued his support for an unsubstantiated conspiracy theory that COVID-19 emerged from a laboratory in Wuhan.

"The reason we left the World Health Organisation because we came to believe it was corrupt, it had been politicised, it was bending the knee to General Secretary Xi Jinping in China", Pompeo asserted.

The Trump appointee said that he's was hoping to read the report, but added he that doesn't believe investigators had access to what they needed and suggested that Chinese authorities may have influenced the survey.

"I hope they got all the data, all the science, into the lab, talk to the doctors, interview them, interview them in private in places where they could actually tell the truth about what took place, not under the supervision of a Communist Party person sitting in the back of the room making sure that they toe the Communist Party line", Pompeo remarked, adding, "I continue to know that there is significant evidence that this may well have come from that laboratory".

Host Bill Hemmer asked the former state secretary if anything would be changed if it was found that the pandemic had originated in the lab.

"Not a thing", Pompeo replied.

​This follows an investigation by WHO experts into the origins of the COVID-19 coronavirus, ultimately concluding that the disease likely entered humans through zoonotic transfer and did not escape from a lab.

"We came here with two goals," said Peter Ben Embarek, a WHO expert in food safety and zoonosis. "One was to try and get a better understanding of what happened at the beginning of the event in December 2019. In parallel, we also embarked on trying to understand ... how did the virus emerge".

The investigation found no evidence that the virus was present in Wuhan prior to December 2019, when China first began reporting COVID-19 symptoms and initiated their investigation into the outbreak.

While US President Joe Biden last month reversed Trump's withdrawal from the WHO, the former said on Monday that Beijing should expect “extreme competition” from the US under his leadership.

Prior to the ascendancy of Biden to the White House, Trump's fourth secretary of state, Mike Pompeo, was among the most vocal advocates for a WHO investigation into the origins of the pandemic in Wuhan.

In a statement released in January, US government officials suggested that Pompeo had received new information regarding the Wuhan Institute of Virology (WIV), where the former diplomat claims the virus may have originated.

Pompeo claimed that from at least 2016, WIV scientists had studied a bat coronavirus which is reported to be close to the COVID-19 virus, and claimed that the lab has collaborated on secret projects with the Chinese military.

Pompeo called for unfettered access to lab records and samples, as well as staff, researchers, eyewitnesses, and whistleblowers to certify the credibility of the WHO's final report.

.@SecPompeo: The Chinese Government hasn’t permitted American scientists to go into #China, to go into not only the Wuhan lab but wherever it needs to go to learn about this virus. There’s an ongoing pandemic. We still don’t have the transparency and openness we need in China. pic.twitter.com/45zkYv91r3

​The previous US president, Donald Trump, echoed Pompeo's comments, offering his theory that the virus could have leaked from the WIV. Beijing has denied the allegation, which coincides with the WHO's recent conclusions.