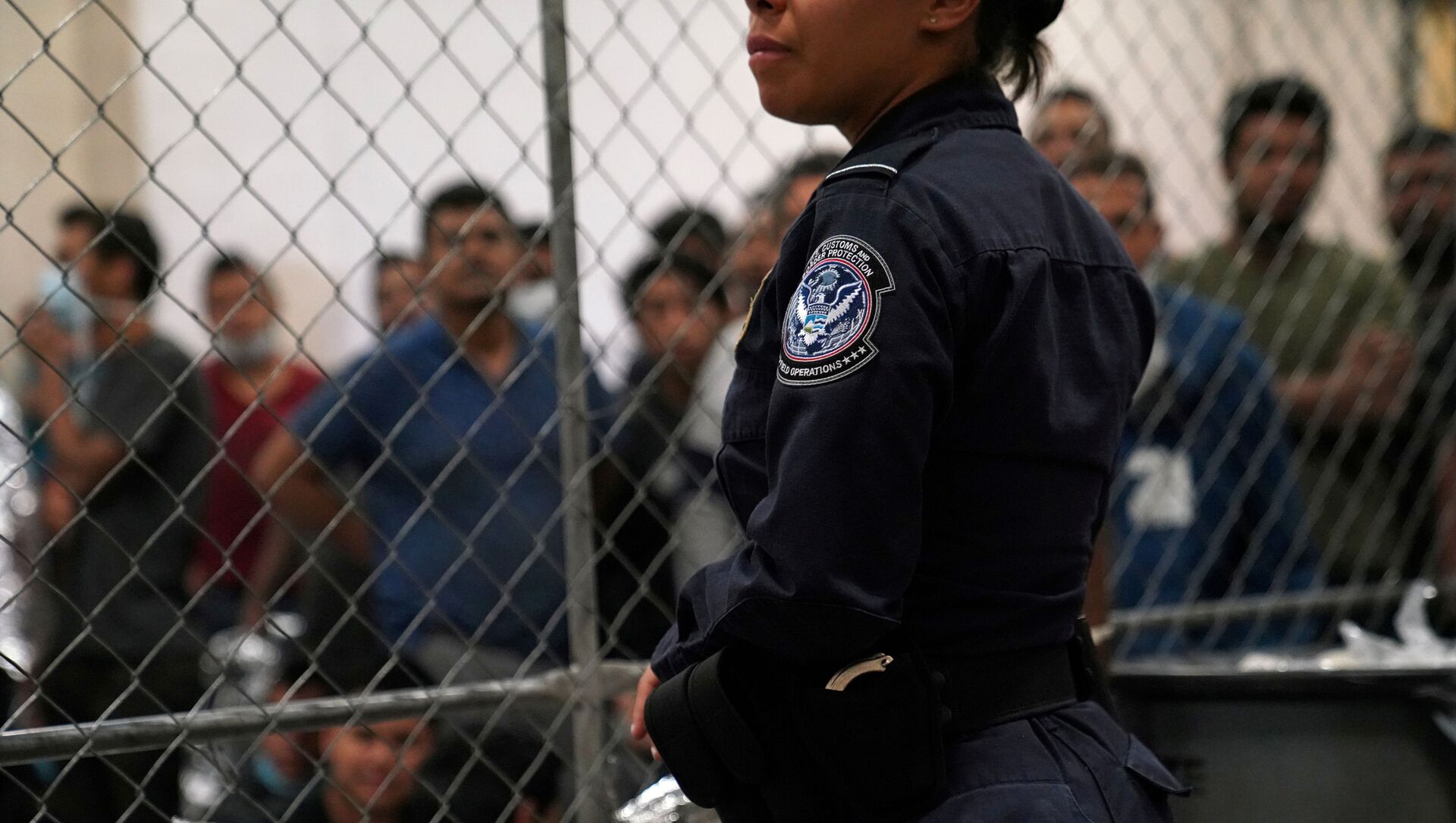 © REUTERS / VERONICA CARDENAS
Subscribe
Alexandra Kashirina
All materialsWrite to the author
US President Joe Biden has declared that he will radically change Trump’s so-called zero-tolerance immigration policy. Encouraged by these promises, thousands of Honduran migrants are reported to be heading to the US, causing turmoil in nearby states.

The US Border Patrol is swamped by a flow of illegal immigrants in Texas, which emerged after a new immigration policy was introduced with the new president, The Washington Times reported on Monday.

Local officials and law enforcement raised concerns that parts of the US-Mexico border in Texas could remain unprotected against the wave of migrants, which could easily overwhelm New Mexico, Arizona, and California.

As local security expert and senior fellow at the Centre for Immigration Studies Todd Bensman told The Washington Times, the situation is especially causing concern in the Del Rio area of Texas. According to him, immigrants have been being released after being fingerprinted and given immigration court summonses.

Biden’s relaxed border policies were earlier criticised by other security officials. As Arizona’s Cochise County Sheriff Mark Dannels noted, the new orders endanger the US border’s safety, as criminals could also cross the border. Urging to “stop this madness”, he stressed that "more than 1,000 gang members" from over a dozen countries breached the southwest border in 2019, while "thousands of children" were being exploited by cartels and many federal agents had been attacked.

Earlier, in January, Texas Attorney General Ken Paxton filed a lawsuit against Biden’s intention to suspend deportation for 100 days, accusing the president of violating immigration law and failing to consult with the border state of Texas on the matter. On 26 January, a US federal judge suspended the initiative for 14 days. 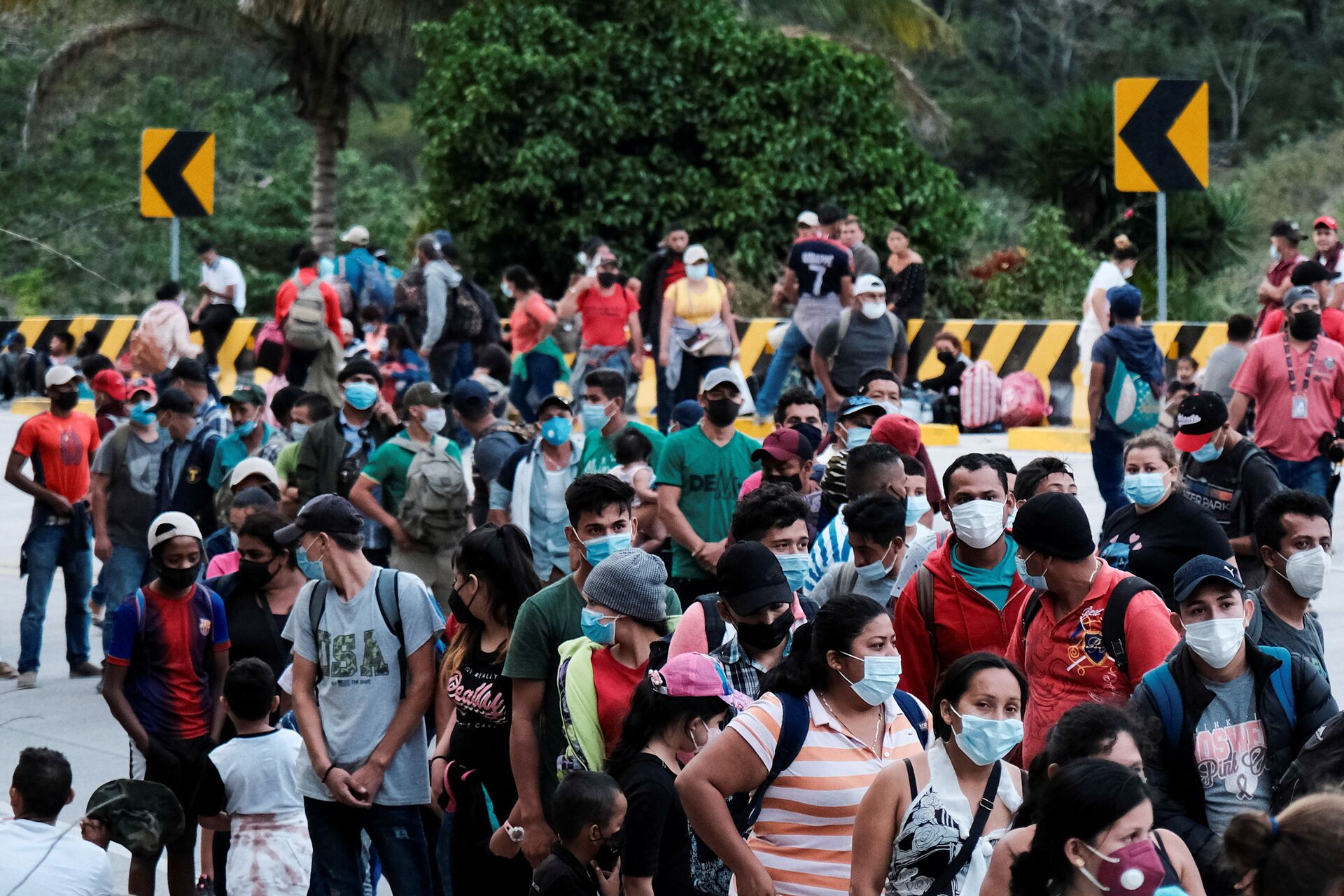 Hondurans taking part in a new caravan of migrants, set to head to the United States, queue to receive water from the Red Cross after arriving to the El Florido border crossing point with Guatemala, in El Florido, Honduras January 15, 2021.
© REUTERS / STRINGER

Biden's approach to illegal immigration was a key issue during his election campaign. In contrast to Trump’s distinctive Mexico wall project and other actions aimed at combatting illegal immigration, the new president pledged to suspend the construction of the wall, to end the deportation of immigrants who illegally arrived in the US with their parents, but are currently required to leave the country when they turn 21, known informally as "dreamers". In addition, Biden stated that he would lift Trump's entry ban against citizens from 13 countries.

Shortly after his inauguration, Biden lifted the aforementioned ban, ordered to establish an inter-agency task force for "reunification of families" along the southern frontier, setting a 120-day deadline to submit an initial report, and temporarily stopped the construction of the border wall.

Apart from that, Biden’s administration announced a bill which would provide citizenship to about 11 million illegal immigrants living in the US on day one of his presidency. In addition, Biden announced last week that his administration is going to raise the limit of refugees that could come to the US to 125,000. The previous refugee admission cap was reduced to 15,000 by former US President Donald Trump.