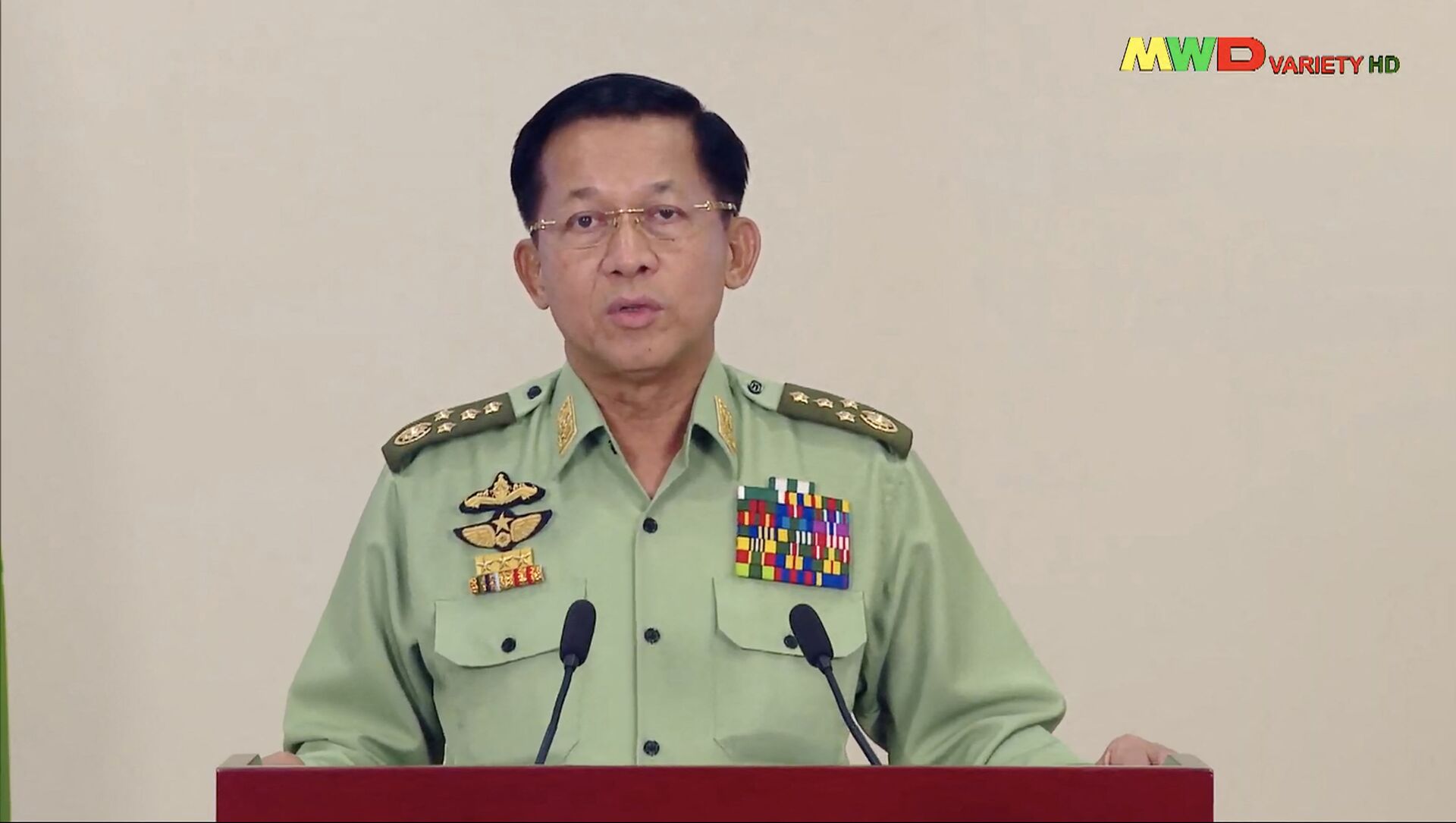 Sofia Chegodaeva
All materialsWrite to the author
On 1 February, Myanmar’s key leaders, State Counsellor Aung San Suu Kyi, President Win Myint, and other high-ranking officials, were ousted by the country’s military and arrested over claims that the November 2020 elections were rigged.

The election commission used the COVID-19 pandemic as an excuse to prevent fair campaigning ahead of the general election in Myanmar last year, the country’s military leader, Min Aung Hlaing, said in a televised address to the nation on Monday.

He added that the authorities had failed to do their duty and cited many excuses for not fulfilling their obligations.

According to Min Aung Hlaing, the country's election commission must be reformed and measures to fight the coronavirus infection should become a priority. He went on to say that he has formed a government of suitable ministers.

Min Aung Hlaing has pledged to work to approve business projects pending from the previous government and to invite local and foreign investment to Myanmar. He added that he will work to create more jobs and reopen factories.

On 1 February, Myanmar’s military ousted the country's State Counsellor Aung San Suu Kyi, President Win Myint, as well as other top officials and arrested them over claims that the November 2020 elections were rigged. The coup has prompted mass protests across the country, with people taking to the streets to demand the release of Aung Suu Kyi.