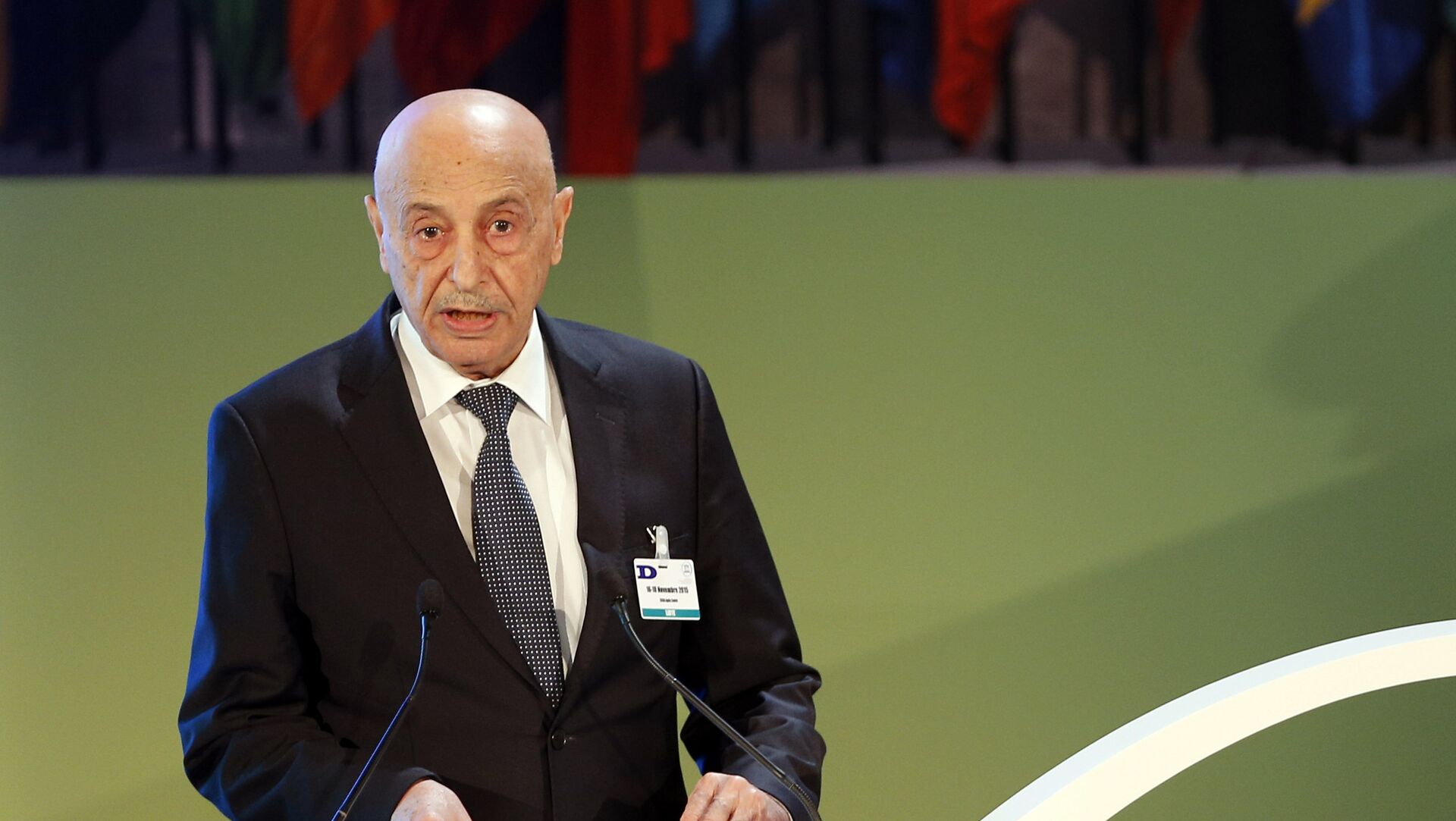 According to a Sunday release on the parliament’s website, "all that he [Saleh] ever wanted is the withdrawal of foreign forces, which will happen in the near future, and the distribution of sovereign positions among all parts of Libya."

Saleh returned to Libya from Cairo on Sunday and was met by fellow parliamentarians, members of the Libyan National Army (LNA) at the airport. According to the release on the parliament’s website, Saleh said upon his arrival that the new Libyan government should be given a chance.

On Saturday, Yassin Aktai, advisor to Turkish President Recep Tayyip Erdogan, told Sputnik that Turkey's agreements with the Libyan Government of National Accord (GNA) and the Turkish military presence in Libya will not be affected by the election of a new transitional government.

On Friday, the Swiss-hosted Libyan Political Dialogue Forum (LPDF) elected an interim unity government that will be in charge until a national general election scheduled for 24 December. The LPDF elected Mohammad Younes Menfi, former GNA ambassador in Greece, as the new head of the Presidency Council.

In mid-November, the participants of the inter-Libyan dialogue in Tunisia agreed on a road map for the unification of state power bodies in the country. They also agreed that the date for national elections on a constitutional basis should be 24 December 2021 - 70 years after Libya's Declaration of Independence.