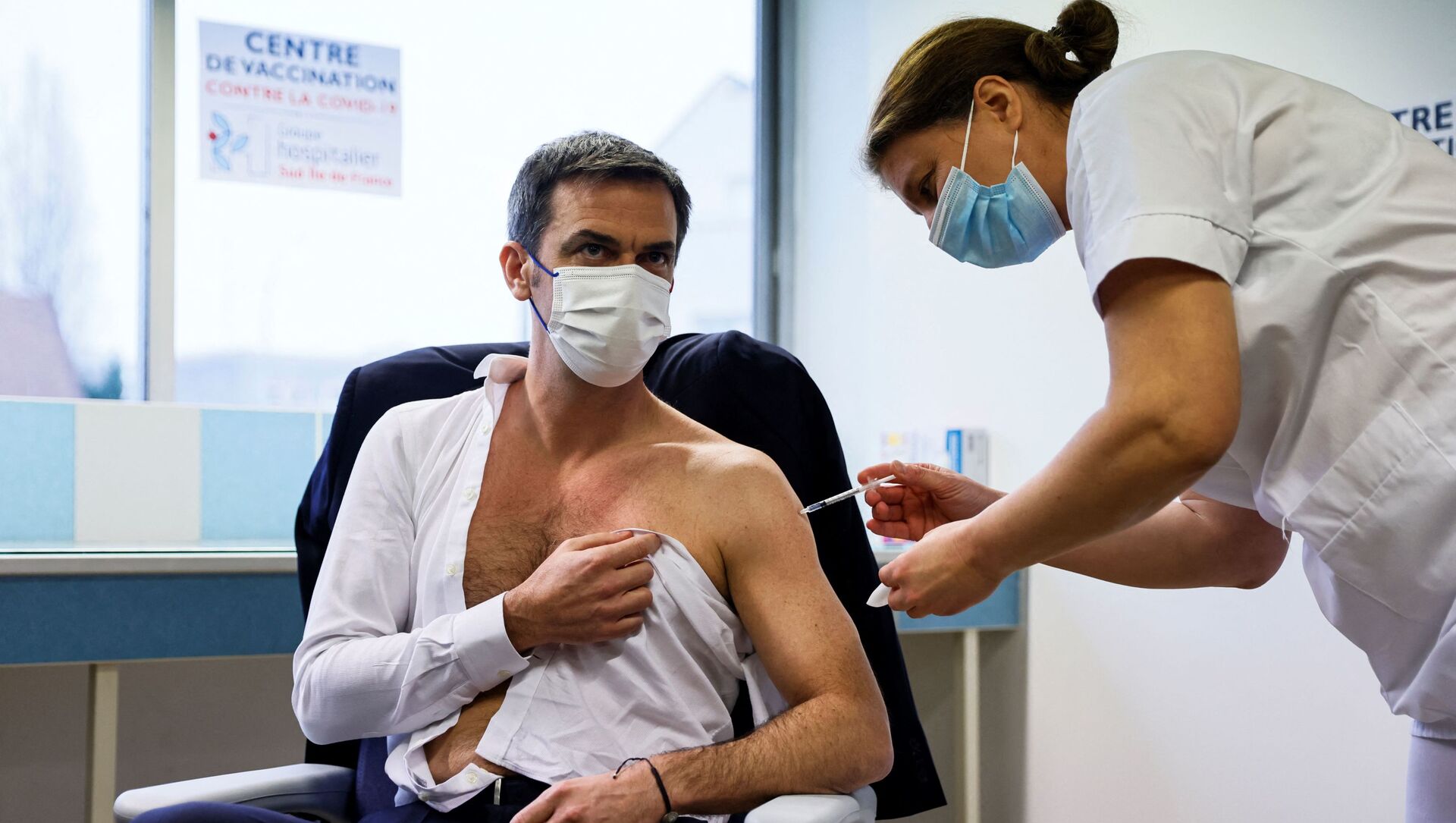 Veran was administered the first dose of the AstraZeneca coronavirus vaccine in a hospital located in the central French Seine-et-Marne department. The official became the first member of the government to receive to be inoculated against the disease.

​"Being a caregiver under the age of 50, having always said that when I became part of the target of the vaccine indications I would be protected, I accepted at the invitation of the director of the [medical] establishment to receive the first injection of the AstraZeneca vaccine," Veran told reporters after the vaccination.

He also affirmed that the AstraZeneca vaccine provides full protection against most of the coronavirus strains currently circulating in France.

Many countries around the world have raised concerns about the vaccine, which was jointly developed by UK-Swedish AstraZeneca drugmaker and Oxford recently after a study revealed it to be ineffective against the South African coronavirus strain.

South Africa recently put on hold the use of the AstraZeneca vaccine until it could be modified to render it safe and effective.

France began its vaccination campaign alongside other EU nations on 27 December. However, as manufacturers of authorized vaccines, including Pfizer, Moderna, and AstraZeneca, announced the reduction in dose shipments due to production capacity issues, the nationwide immunisation was significantly slowed down.

Nonetheless, the country’s health authorities expect the AstraZeneca vaccine roll-out, recently approved and launched in France over the weekend, to compensate for cuts in deliveries of other vaccines in the national vaccine portfolio.