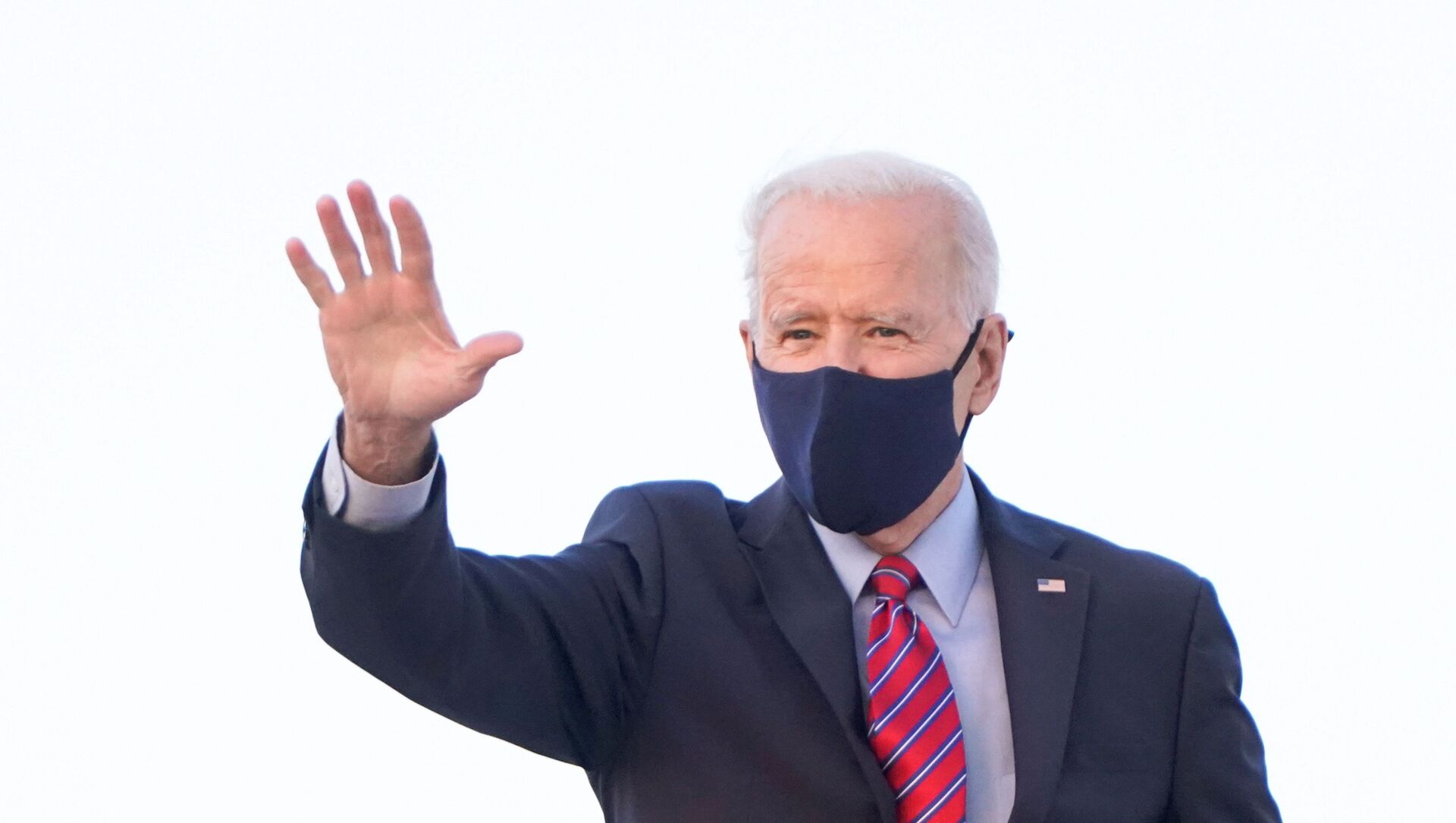 Evan Craighead
All materialsWrite to the author
CBS News reported last week that some three million women have left the US labor force in the past year alone. Some experts have linked the recent employment exodus to a lack of policies that allow parents to have a balance between work and caregiving - especially during times of virtual learning.

Speaking to CBS host Norah O'Donnell in a Sunday broadcast ahead of the Super Bowl, US President Joe Biden declared that there is an ongoing "national emergency" when it comes to losing women in the workforce and the closing of schools.

Despite the desire by many to reopen schools, the US government will, however, have to take a measured approach, according to Biden.

“I think it’s time for schools to reopen safely,” Biden said. “You have to have fewer people in the classroom. You have to have ventilation systems that have been reworked. Our [US Centers for Disease Control and Prevention] commissioner is going to be coming out with science-based judgment, within I think as early as Wednesday as to lay out what the minimum requirements are.”

Pres. Biden says it's time for "schools to reopen safely," adding that roughly 20 million kids not being able to attend school this year “is a national emergency" pic.twitter.com/enCZsSTwHR

​Biden also acknowledged that school-age children are missing out on some opportunities due to online schooling.

"I think about the price. So many of my grandkids and your kids are going to pay for not having had the chance to finish whatever it was," he remarked. "That graduation, where you didn't get to walk across the stage — I think they're going through a lot, these kids."

Biden's comments in the CBS broadcast come just two days after the US Department of Education announced the launch of a national survey to "gather vital data on the impact of COVID-19 on students and the status of in-person learning."

"To [reopen schools], we need more information about how students are learning during this pandemic – and we simply don't have it right now," explained Ian Rosenblum, acting assistant secretary of the Office of Elementary and Secondary Education. "The administration, educators, parents, and education leaders need meaningful data in order to achieve these critical goals and this survey will give them that."

CBS News reported on Friday that an estimated three million women have left the US labor force and not returned as a result of the pandemic. As lockdowns and pandemic-related closures near the one-year mark, women have lost a net of 5.4 million jobs - some 1 million more than those lost by men.

"The pandemic has exacerbated and shed light on a longstanding problem, which is lack of policies that enable folks to balance caregiving responsibilities and work responsibilities," Jocelyn Frye, a senior fellow at the Center for American Progress, told CBS News.

"Think of jobs in health care, grocery stores and other essential functions of life. By and large, we disproportionately see women in many of those low-paid jobs. Women are often in a bind in terms of being able to figure out, 'How do I juggle this work where I have to go? I can't work from home, but my kids are at home.'"

These COVID-19 conversations come amid Biden's push for a $1.9 trillion COVID relief bill, which may include a $15 minimum wage boost.

Asked whether a $15 minimum wage being included in the COVID-19 relief bill is negotiable in order to get GOP support, Pres. Biden tells @NorahODonnell “I don't think it's going to survive.”

The US president told O'Donnell that he is prepared to bring a "separate negotiation on minimum wage," as he fears it won't survive ongoing negotiations for the COVID relief bill.