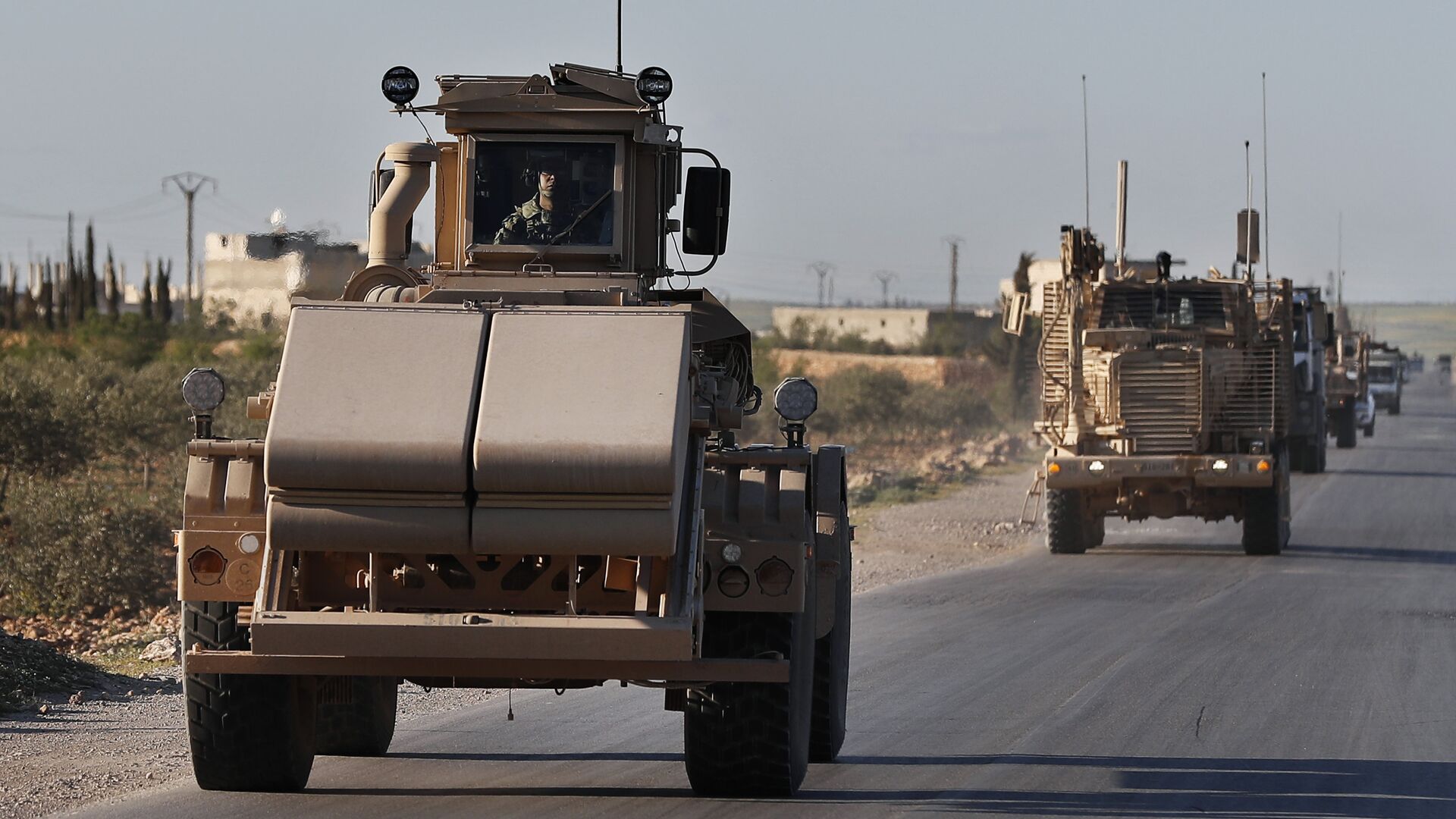 Ilya Tsukanov
All materialsWrite to the author
The Biden administration promised to reverse course on much of Trump’s foreign policy, freezing troop withdrawals in Iraq and Afghanistan, while hinting US willingness to rejoin the Iran nuclear deal if Tehran returned to its commitments. In Syria, however, the new president appears to be continuing on the course set by his predecessor.

Two convoys numbering a total of 59 vehicles have made its way into Syria from two separate directions, the Syrian Arab News Agency has reported, citing local sources on the ground.

One of the convoys reportedly consisted of 45 vehicles, including refrigerators, tankers and trucks carrying military vehicles, and was said to have entered the country through the Semalka border crossing between Iraqi Kurdistan and the US-backed Kurdish-controlled region of northern Syria. Damascus considers the Semalka crossing illegal since it is outside the government's control.

The convoy was said to have been on route for Qamishli, a strategic city straddling the Syrian-Turkish border. Sources in the nearby town of Rmelan provided SANA with the information.

The second convoy reportedly consisted of 14 vehicles, and was said to have been carrying logistics materials and military equipment. That convoy was said to have entered Syria through the al-Waleed border crossing point, which is also considered illegal.

Information on the second convoy was said to have been provided by sources in al-Swediya village.

US Reportedly Builds New Base in Kurdish-Controlled Part of Syria
The military convoys are thought to be at least the second and third to have entered Syria since President Joe Biden took office on 20 January. Last month, local media reported that 40 trucks and military vehicles entered northeastern Syria from Iraq, bringing weapons and logistical equipment to illegal US bases in Hasakah and Deir ez-Zor provinces. In addition, 200 US troops were said to have been transferred into Hasakah aboard helicopters.

US troops first entered Syria in 2017 during the common fight against the Daesh (ISIS)* ‘caliphate’, but remained in the country after the terrorist threat subsided, justifying their presence through support for allies in 'counterterrorism operations and training' and setting up a buffer zone in the country’s north to prevent a Turkish-Kurdish escalation. In October 2019, President Donald Trump announced that the US would withdraw from the country, but later reversed course, saying that troops would instead be redeployed to “keep” Syria’s oil.

Trump’s comments about “keeping the oil” earned him ire from some US media, including allegations that the US was breaching rules against pillaging – a war crime. However, Syrian President Bashar Assad characterized Trump as the “best” American president he’s dealt with, because he was at least “honest” about US intentions in Syria.

As Obama’s vice president, Joe Biden helped launch Operation Timber Sycamore, a classified CIA weapons and training programme begun in 2012 which saw the US and its allies ship thousands of tonnes of weaponry and billions of dollars in aid to ‘moderate Syrian rebels’ which US media investigations later revealed had been allied with Daesh* and al-Qaeda.*