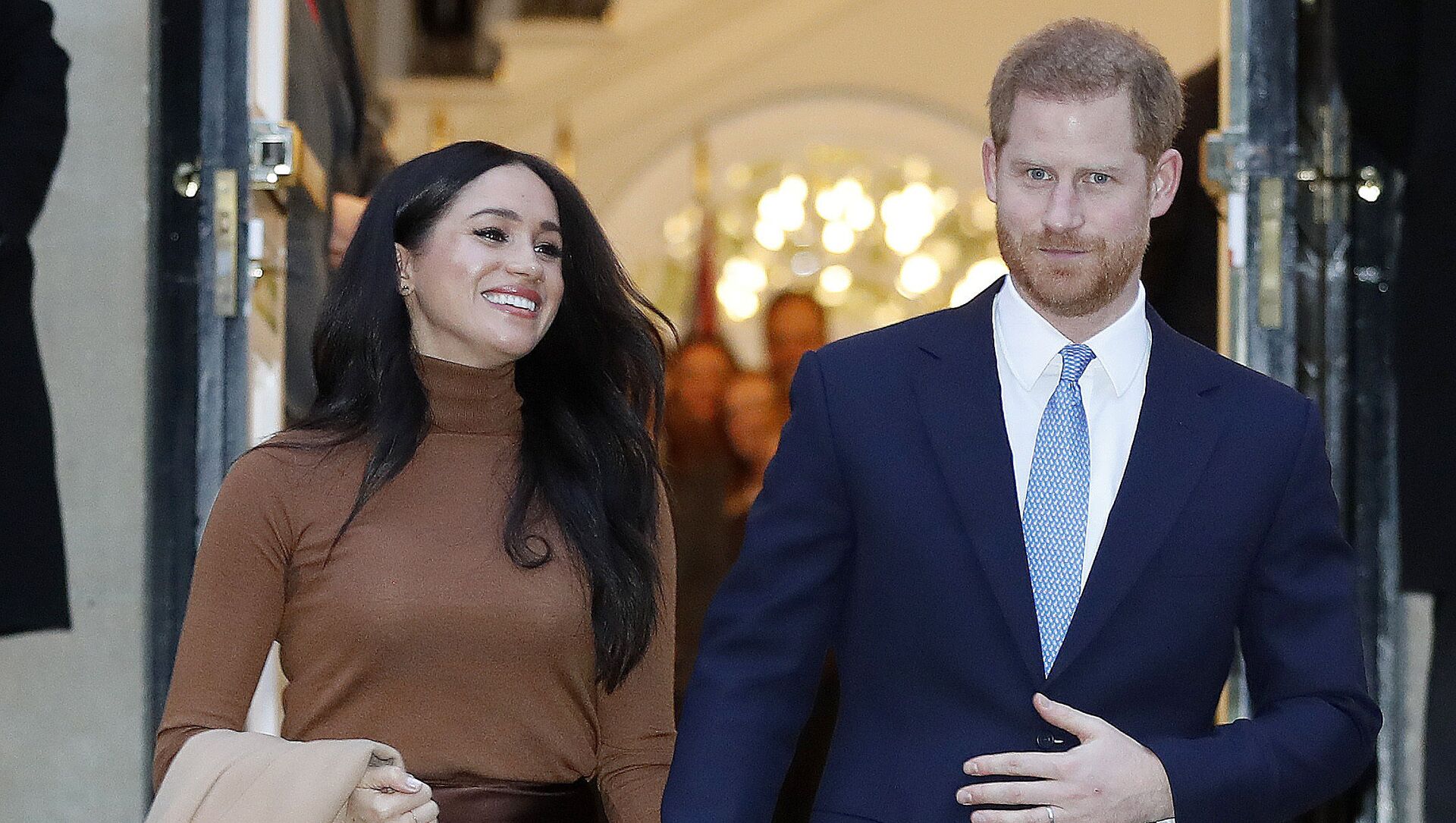 Kirill Kurevlev
Correspondent
All materialsWrite to the author
Members of the British Royal Family are expected to remain politically neutral, but while deciding to move to the US a year ago, Harry and Meghan stepped down as senior royals, opting to lead a more independent life.

The Duke and Duchess of Sussex, Prince Harry and Meghan Markle reportedly had a secret virtual meeting with California governor, Gavin Newsom, a top member of the US Democratic party prior to the US presidential election, the Sun reported Saturday.

According to the report, the royal couple spent about an hour speaking with the governor. Their video link-up reportedly came shortly after the couple was widely criticsed for wading into the controversy over the presidential election.

The meeting reportedly occurred when Governor Newsom was under pressure to replace Kamala Harris, who went on to become the nation's first female vice-president, with another black woman as California senator.

Meghan and Harry purportedly had a conference with Newsom, who once was widely tipped to be a White House frontrunner, on October 19, two weeks before the election. The conversation was reportedly listed in a memo as an “introductory meeting”.

It came weeks after the rivalry between then-President Donald Trump and Democratic presidential candidate Joe Biden was described by the Duchess as "the most important election of our lifetime."

“When we vote, our values are put into action and our voices are heard. Your voice is a reminder that you matter. Because you do. And you deserve to be heard," she added.

In the same interview, Harry stressed that as the election was closing in, "it’s vital we reject hate speech, misinformation and online negativity."

Eventually, Newsom appointed Alex Padilla, of Latino descent, as the first Hispanic senator in the state.

Media have speculated that Markle wants to start a political career, with some saying that she has even set her sights on becoming president. If reports are correct that she casted a postal ballot in the 2020 US presidential election, the Duchess of Sussex could become the first Royal Family member to vote in a major election.

In January 2020, in an attempt to become financially independent, Prince Harry and Meghan Markle declared their intention to step down from senior royal positions, vowing however that "everything they do will continue to uphold ­values of Her Majesty." The couple said back then that they would balance their time between Britain and North America, eventually leaving for the US.