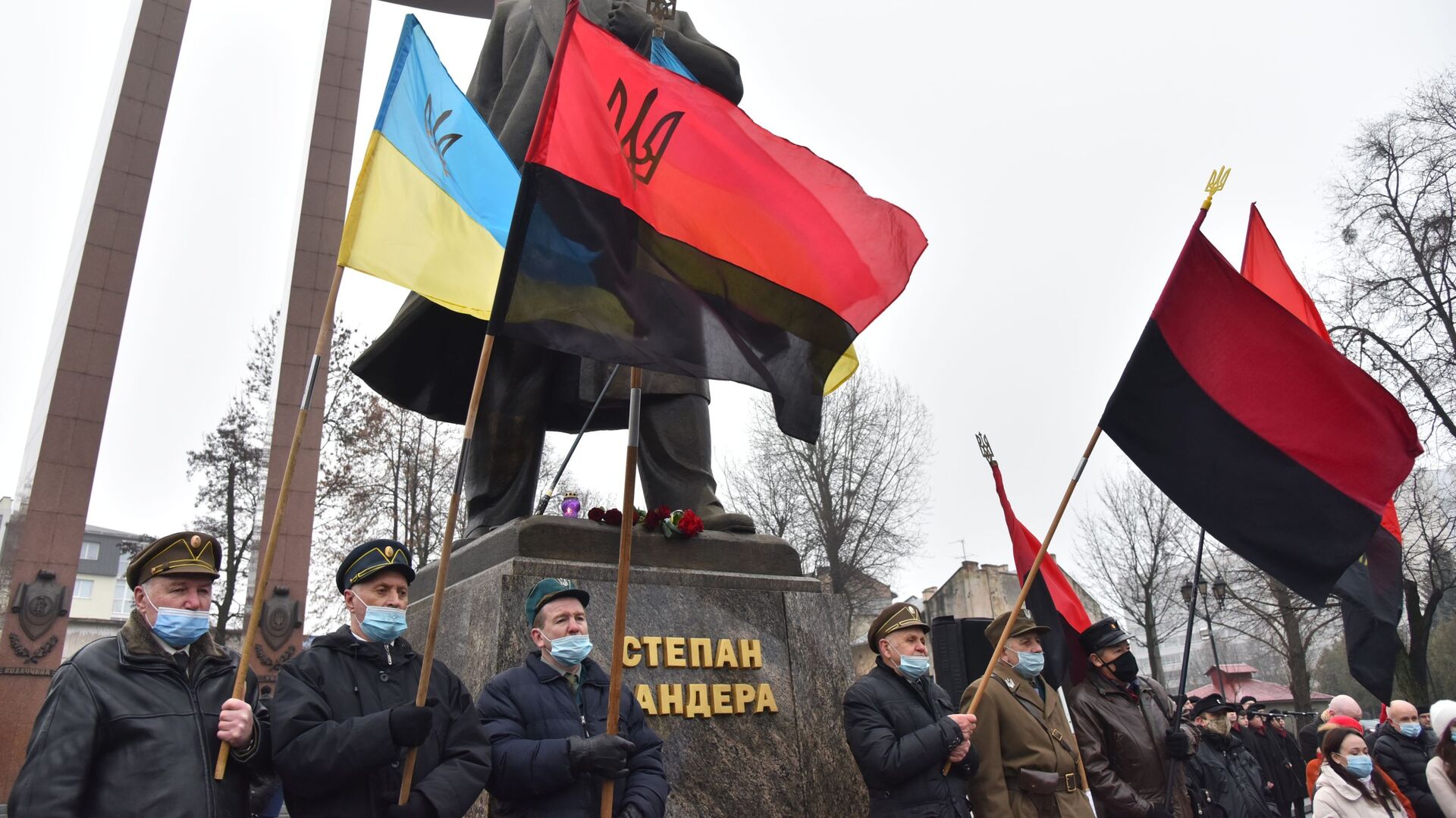 Neil Clark
All materials
Joe Biden has only been President for a fortnight but already there are signs that the change in administration in Washington is emboldening the authorities in Ukraine to take a more belligerent anti-Russian stance.

What a difference a year makes. A year ago Ukrainian President Volodymyr Zelensky was making conciliatory speeches about bringing his disunited country together. This week, he's banned three opposition television stations on the grounds of "national security", accusing them of spreading Russian disinformation.

Not only that but a new law has come into force which orders all service providers to offer their services in the Ukrainian language by default, even in Russian-speaking areas. To rub even more salt into the wound, Zelensky has also brought up once again the highly controversial issue of Ukraine joining NATO.

In an interview with HBO Zelensky said if he had the chance to ask Joe Biden a question it would be a very simple one: "Mr President, why are we still not in NATO"? 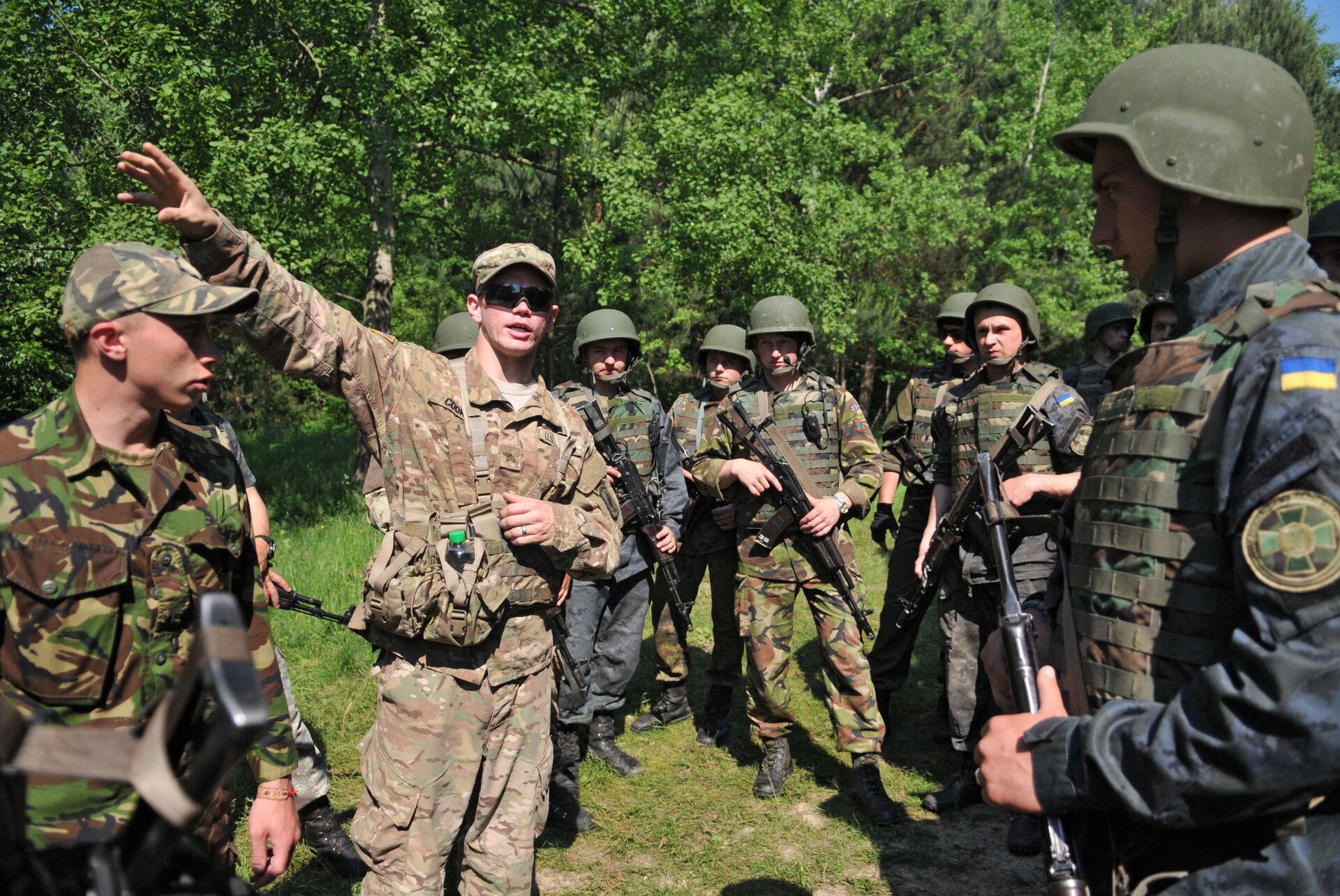 All of Zelensky's recent actions seem designed to provoke Russia, but it's naïve to think he wouldn't be shifting his tone if he didn't think Washington approved. Right on cue, the US Embassy backed the shut-down of opposition tv stations saying it was needed "to counter Russia's malign influence". Press freedom? That's highly selective as far as Washington is concerned.

All the signs are that in 2021 Ukraine will be re-ignited as a front in the new Cold War against Moscow.

Not that it wasn't a source of tension over the past four years. The Trump administration reinstated military aid for Kiev. And of course, sanctions on Russia were increased. But while Trump "played the game", the Russophobic Democrats seem to have real enthusiasm for ratcheting tensions with Moscow up to a whole new level.

"I made it clear to President Putin, in a manner very different from my predecessor, that the days of the United States rolling over in the face of Russia's aggressive actions…are over". Biden said in the week.

That raises the possibility of military confrontation with Russia over Ukraine, but how far will the Democrats be prepared to go in their bear-baiting? Crimea, which returned to Russia in a referendum in 2014, won't be returning to Kiev's control. And the status of the Donbass region won't be settled by military force.

As for Zelensky wanting Ukraine in NATO, that can't happen while the status of disputed areas hasn't been formally settled. But a settlement in Donbass looks as far away as ever, with the quad-partite Normandy Format in a stalemate. In short, it’s hard to see any major movement on these issues, which begs the question: does Washington actually want them solved?

The status quo you could argue suits the US down to the ground. Ukraine is totally subservient to Washington and to western financial donors. It is in effect a de facto colony of the US State Department. 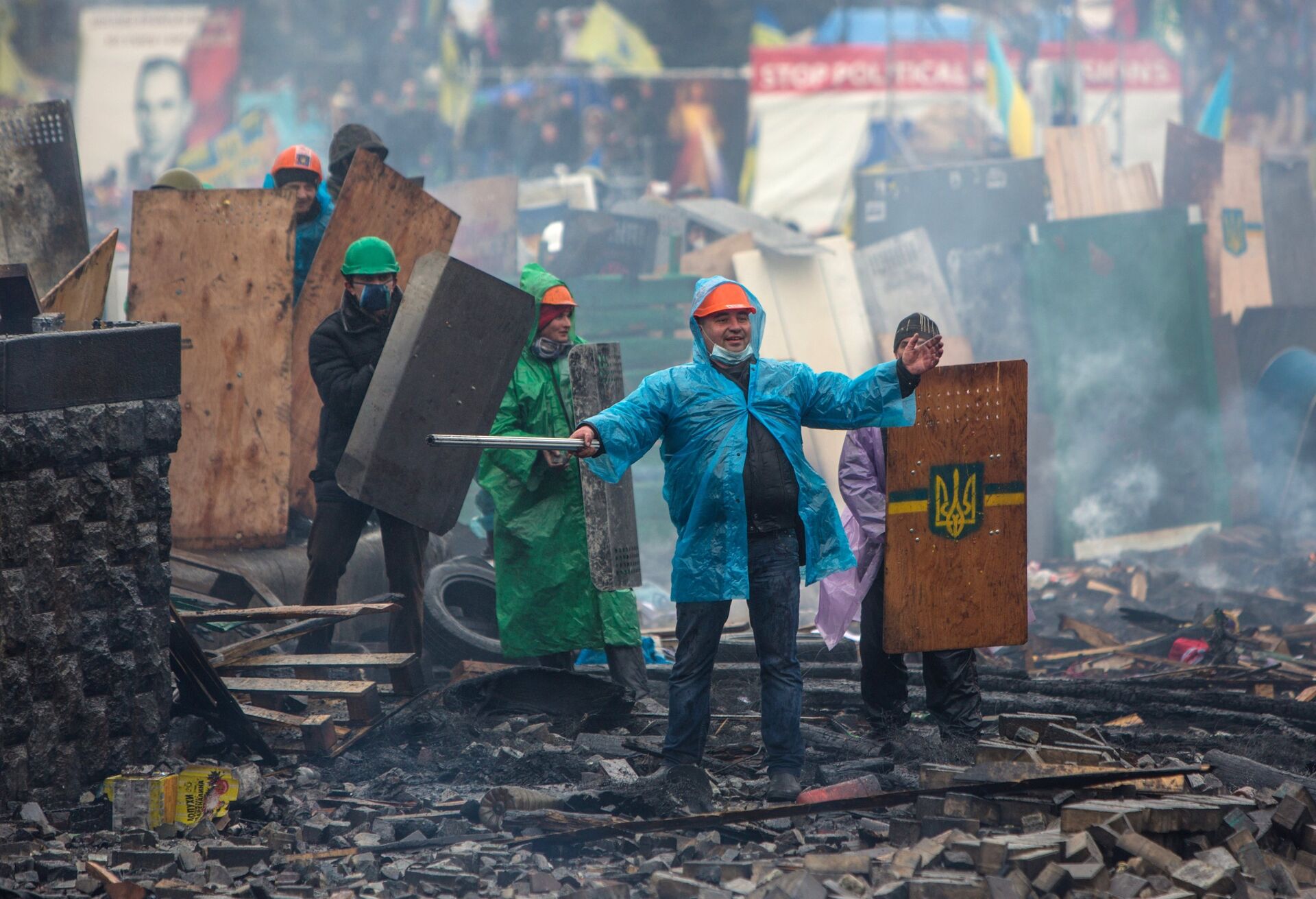 Opposition supporters are seen on Maidan Nezalezhnosti square in Kiev, where clashes began between protesters and the police. (File)
© Sputnik / Andrey Stenin
/
Go to the photo bank

We all remember the leaked tape in which the State Department's Vicky Nuland discussed with US Ambassador Geoffrey Pyatt who should/shouldn't be in the new post-Maidan "democratic" government in Kiev. Well, guess what? Nuland, who handed out cookies to Maidan protesters in 2014, is back, as Under-Secretary of State for Political Affairs in Biden's new administration. Expect Ukraine to be right at the top of her "in-tray".

The use of Ukraine for the western elites is that can be used as a pawn in the "greater game" against Russia - a country they hate for simply getting in the way. The regime-change operation of 2014 kicked off after Russia helped to thwart the neocons' plans for regime change in Syria. They wanted that one badly. Very badly. Maidan was their revenge.

Then there are the arms sales. US arms sales to Kiev helped keep the conflict in Donbass going as well as making big bucks for US corporations. Only last June, the State Department cleared a deal for the sale of military equipment to Ukraine worth 600 mln USD.

A peace deal with Russia - and the restoring of normal diplomatic and economic relations - would be great news for the Ukrainian people, who have suffered many years of financial hardship,  but bad news for the US military-industrial complex and those who want to keep Russia in the "sin bin".

So long as Washington grip over Kiev remains as it is, then Ukraine's governments, which have no real independence, will continue to act against the best interests of their people.

The big match of the weekend in the English Premiership is undoubtedly Liverpool v Man City on Sunday. Champions Liverpool have been in poor form at Anfield in 2021, and have lost their last two matches at home, against lowly Burnley and Brighton, to nil.

Table-topping City meanwhile have won their last 13. Seeing how a sizeable proportion of "Big Six" clashes have ended in stalemates this season - often 0-0, the percentage call is probably to back the 0-0 (which was the Liverpool v Man Utd result), plus a 1-0 to City scoreline. 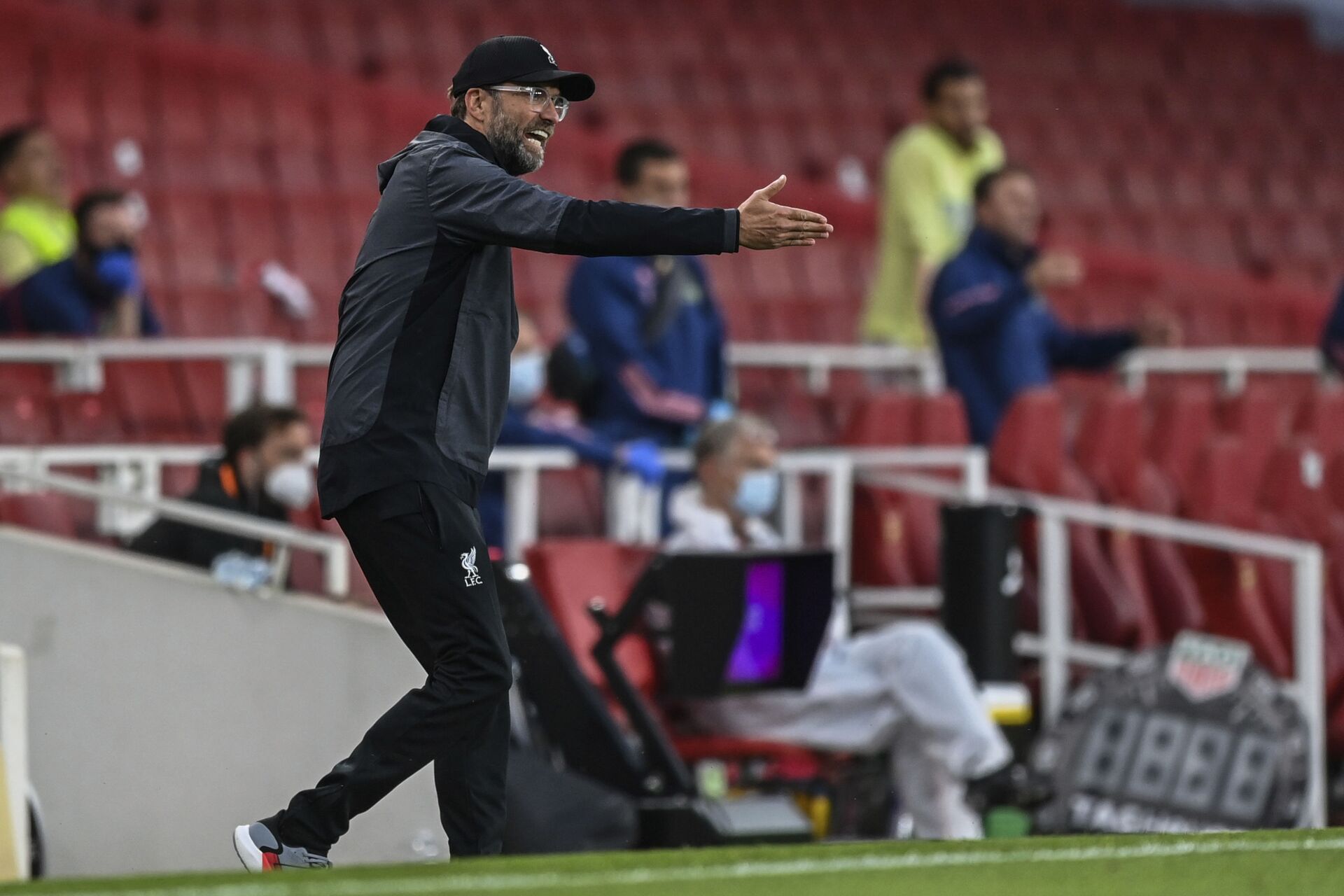 Elsewhere Man Utd take on Everton, who have been better away from home, and bottom side Sheffield United, who have won three of their last four matches, entertain Chelsea who got off to a winning start under new manager Thomas Tuchel at Burnley last week. Here are my scoreline predictions, you can leave yours in the comments section below.