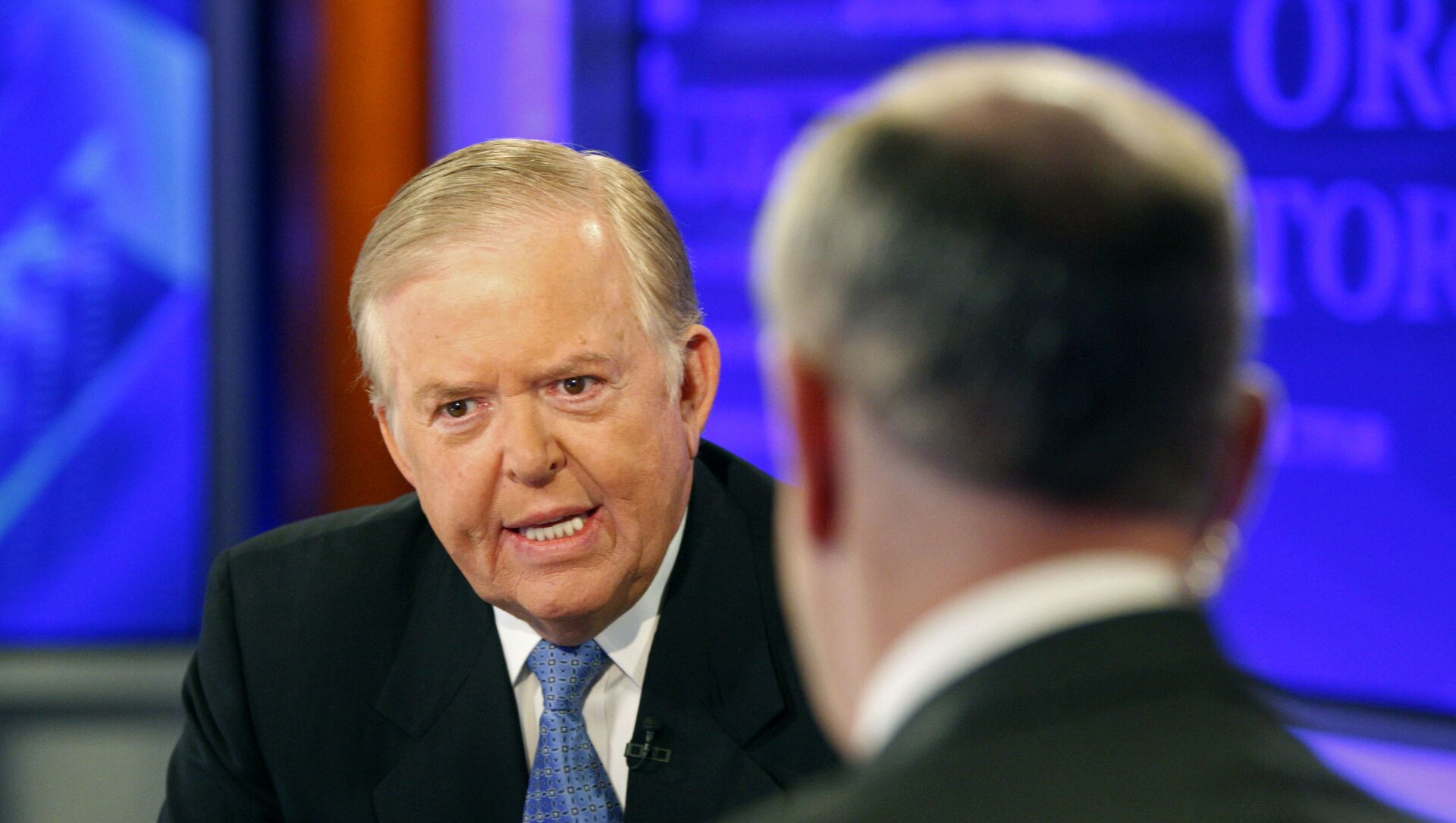 Kirill Kurevlev
Managing Editor
All materialsWrite to the author
Dobbs, who joined Fox Business in 2011, has been one of the most vocal advocates of President Trump's economic and immigration policies. Notably, he expressed frustration on his show in the weeks after the election that the Republican Party did not do enough to support Trump's claims of massive irregularities during the 2020 election.

Former President Trump praised the host of Fox Business's highly-rated show "Lou Dobbs Tonight", saying he will continue following Dobbs's career after his show was canceled by the network.

Trump's commendations follow Fox News Media's announcement on Friday that it had canceled Dobbs's show on Fox Business, which the anchor had hosted for a decade. The network said the cancellation was part of periodically weighted program changes.

"Lou Dobbs is and was great. Nobody loves America more than Lou," Trump said in a Saturday statement shared on Twitter by Women for America First Chairwoman Amy Kremer. "He had a large and loyal following that will be watching closely for his next move, and that following includes me."

Dobbs responded to the statement, expressing his gratitude for Trump's words.

Thanks for your kind words Mr.President. God bless you and all the American patriots who make this country great. https://t.co/7aPPQMl898

Dobbs' program aired twice a night, at 5 pm and 7 pm, and the final show is due to air on Friday, according to a Los Angeles Times report, citing Fox News' spokesperson. Starting next week, the program will be titled "Fox Business Tonight" and will be hosted by Jackie DeAngelis and David Asman.

At the same time, 75-year-old Dobbs will continue to work under a contract with Fox News, but reportedly, he will no longer appear on the TV company's shows.

The cancellation purportedly comes a day after a $2.7 billion defamation suit against Fox News and three of its hosts - Dobbs, Maria Bartiromo, and Jeanine Pirro - was brought by the voting software firm Smartmatic, alleging these network's hosts harmed the company with fraudulent election and massive irregularities claims.

Fox reportedly issued a statement where it defended its coverage of the presidential election and said it "will vigorously defend this meritless lawsuit in court."

For more than two months, Trump had been challenging the 2020 election results, insisting the victory was "stolen" from him by Democrats. The former president's legal team filed numerous lawsuits in state courts, but none of them proceeded to trial.