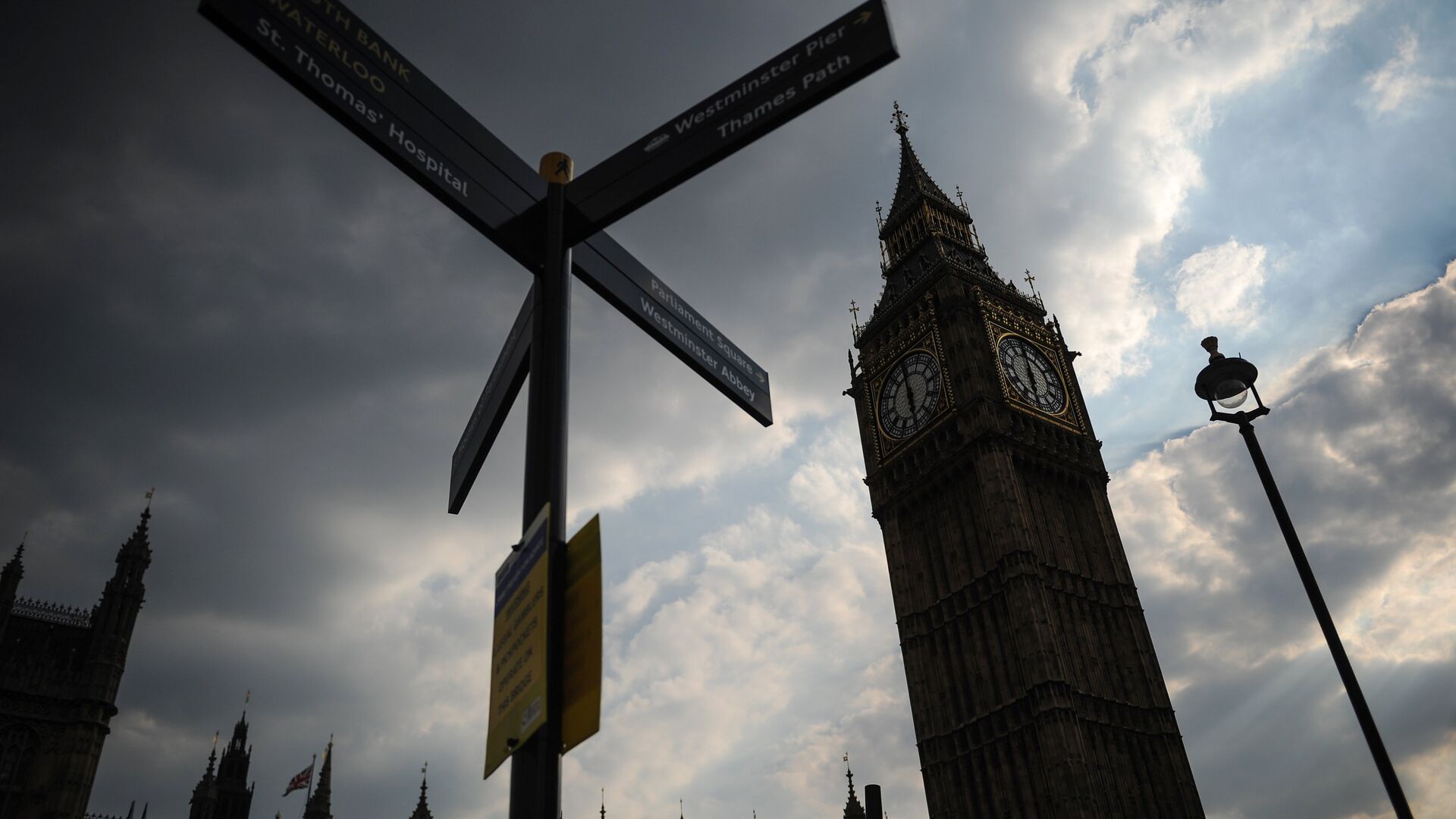 Ekaterina Blinova
All materialsWrite to the author
On 4 February, the Office of Communications, the UK government-approved regulatory body commonly known as Ofcom, announced that it had withdrawn the licence for China Global Television Network (CGTN) to broadcast in the UK.

China Global Television Network has been banned by Ofcom in the UK on the pretext that Star China Media Limited (SCML), the licence-holder for the broadcaster, did not have editorial responsibility for the latter's output; and that an entity called China Global Television Network Corporation (CGTNC), which exercises general control over the broadcaster, cannot hold the licence since it is controlled by the Chinese government.

On 5 February, the Information Department of the Chinese Ministry of Foreign Affairs accused the British Broadcasting Corporation (BBC) of pushing “fake news” in its 29 January coverage of the People’s Republic's tackling the pandemic. According to the ministry's statement, the BBC video linked COVID-19 with politics and hyped up topics concerning the origins of the virus. Beijing urged the BBC to offer public apologies to China, adding that it "reserves the right to take further measures". In response, the BBC said it stood by the story, rejecting the accusations of "fake news or ideological bias".

Freedom of Speech is Under Attack

The revocation of licence for CGTN seems surprising given that the regulator did not mention any complaint regarding the content provided by the broadcaster, according to Earl Rasmussen, executive vice-president of Eurasia Centre. When it comes to CGTN's links to the Chinese Communist Party, one should bear in mind that the BBC has an obvious connection with the British government, the scholar adds.

So, when one talks about one's editorial independence, one can hardly say that the BBC is "independent" in this respect, says Andy Vermaut, a Belgian human rights activist and political commentator. He suggests that the UK is "preparing a new cold war, where China and the Chinese voice in society is cut short and another dimensional voice is not allowed", adding that "this is diametrically opposed to the British model which supposedly promotes freedom of the press".

"What channel and country will be next?" Vermaut asks.

Although London could regard CGTN's narrative as "pretty unpleasant" it's unclear why the UK decided to ban it "because after all, this was a satellite station", according to Andrew Tettenborn, professor of Law at Swansea University.

"I believe this is politically motivated and a move to steer the narrative that is presented to the public, essentially a form of censorship to silence dissident or countering voices," Rasmussen says. "In a free and open society it is important that we are able to obtain differing perspectives and to promote a diversity of thought. However, the UK has now lost the perspective and voice of the world’s largest economy and one of the most globally influential countries. It is a sad day for the freedom of the press, freedom of speech and democracy."

The trend of limiting "the spectrum of conversation" goes beyond Ofcom's actions, warns Gordon Dimmack, an independent media reporter: "Media freedoms in the UK and worldwide have been constricted ever more so over the past few years, and I expect that to continue", he adds in an apparent reference to the US Big Tech wiping out accounts of former President Donald Trump and his ardent supporters in the wake of the Capitol Hill riots, and suppression earlier of The New York Post's reporting of the supposed foreign business dealings of Joe Biden's son, Hunter. 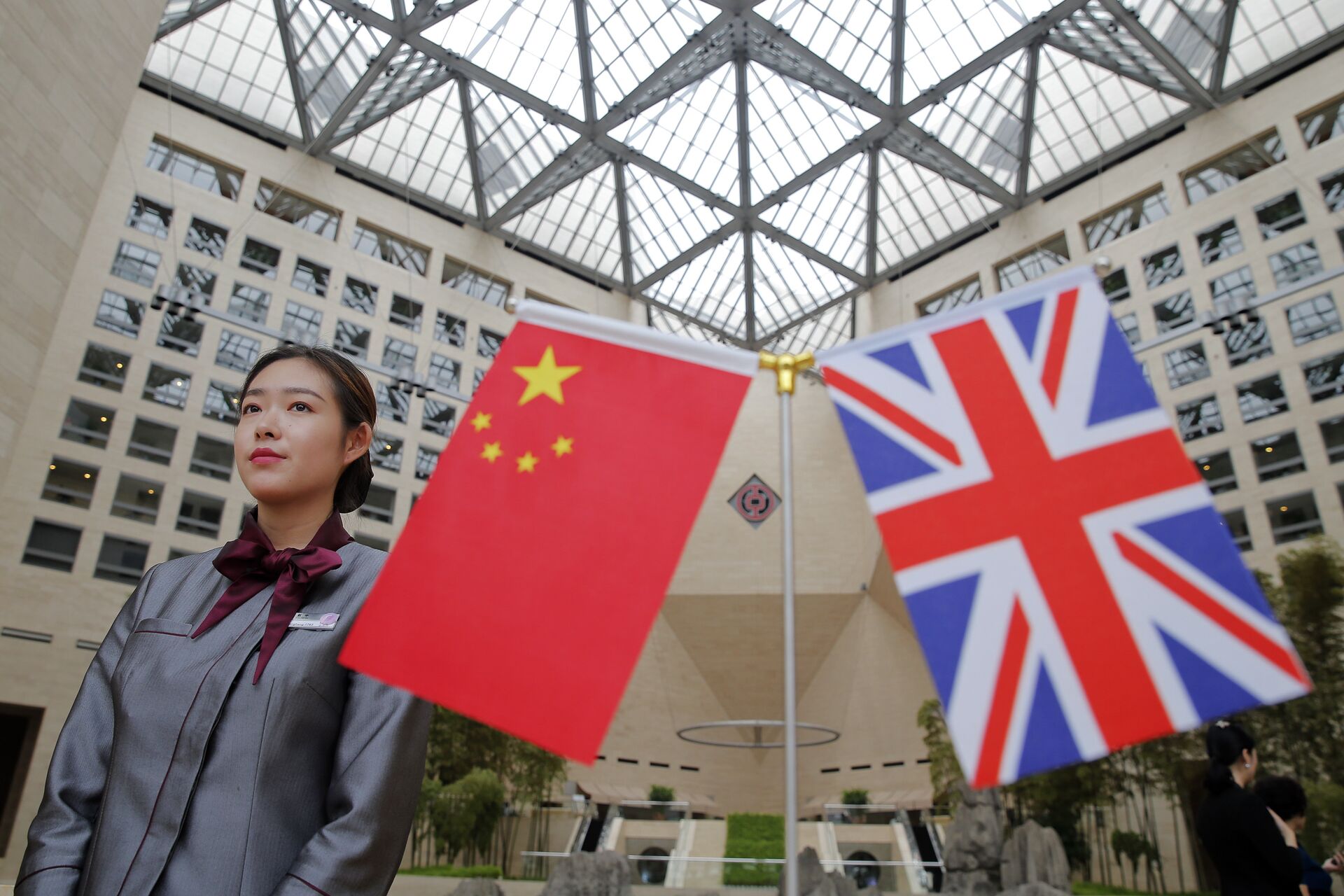 A member of staff stands behind flags as officials arrive for the UK-China High Level Financial Services Roundtable at the Bank of China head office building in Beijing on July 22, 2016
© AFP 2022 / DAMIR SAGOLJ

Revocation of CGTN's Licence is Part of a Broader Trend

Ofcom's move is yet another sign of deteriorating relations between London and Beijing, deems Kerry Brown, professor of Chinese studies and director of the Lau China Institute at King's College, London.

"I think the UK is aligned with America on a relatively soft target because it's kind of saying that it's going to do something like America did with Xinhua and other news agencies about 18 months ago," the professor says. "This is not a kind of huge move because the CGTN wasn't a big player. It's not important for Britain. It's a way that Britain wants to show solidarity with America. And also the ruling Conservative Party in Britain shows that they're trying to be tough on China without any hugely consequential outcomes at the moment".

Although the Johnson government previously indicated that it was willing to enhance UK-China ties in the post-Brexit era, tensions between the two countries have escalated over the past few years. Thus, No 10 abruptly reversed its plans to use 5G Huawei equipment in its next-generation wireless networks because of pressure from Washington. The UK also joined the US-led chorus of nations who pinned the blame for the pandemic spread on Beijing and questioned the coronavirus's origins.

To complicate matters even further, in 2020 the UK offered a path to citizenship for around 3 million Hong Kongers with British National (Overseas) status, accusing the People's Republic of breaking the terms of the 1984 Sino-British Joint Declaration after Beijing formally adopted a new security law in Hong Kong. Once the British scheme came into force in January 2021, China declared that it would no longer recognise the passports of British national overseas citizens as a travel or ID document, and "reserves the right to take further actions". 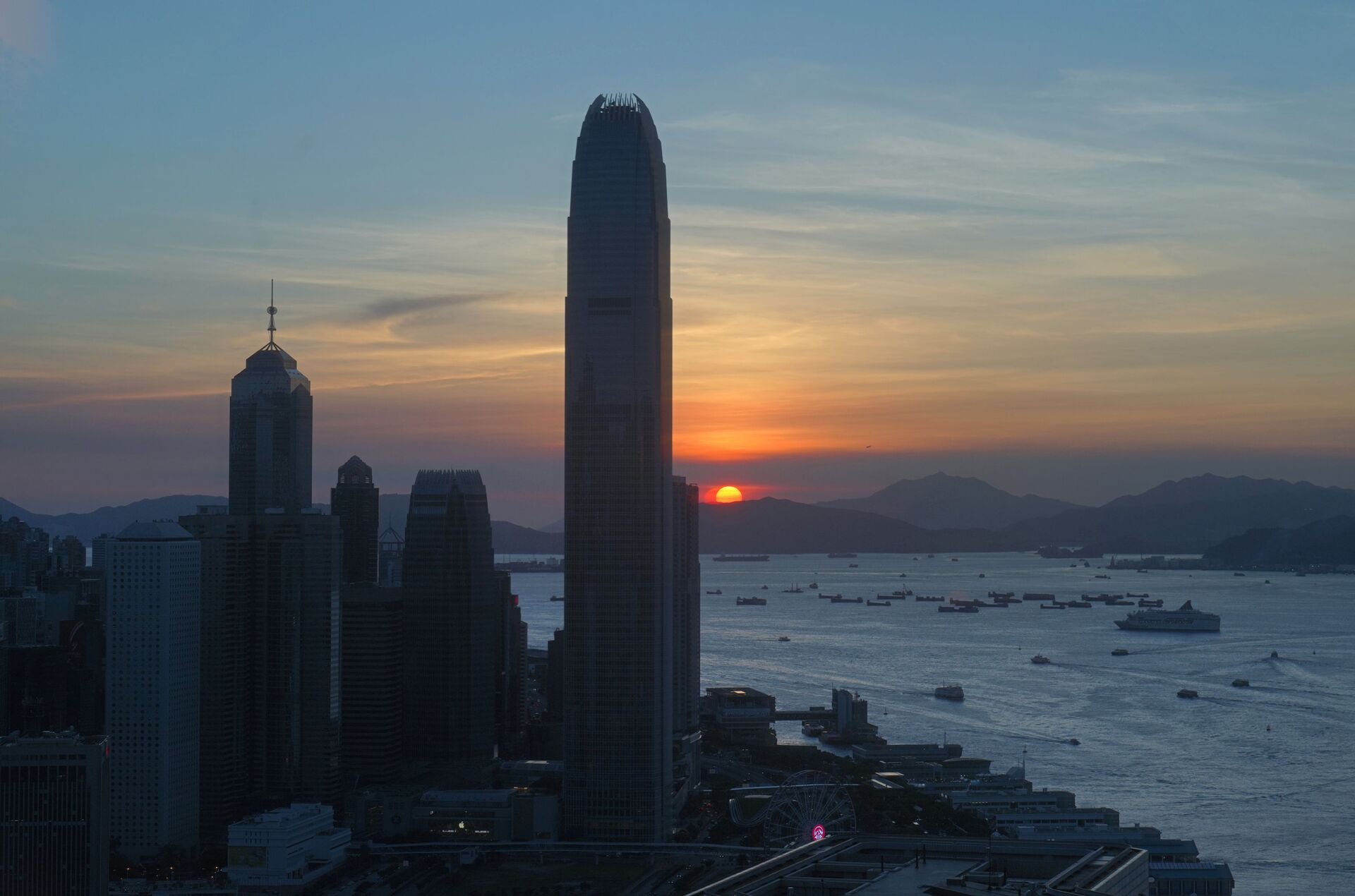 The skyline of the business district is silhouetted at sunset in Hong Kong Monday, July 13, 2020
© AP Photo / Vincent Yu

Beijing is unlikely to ignore Ofcom's insult and may take it out on the BBC, believes Jeff J. Brown, editor of China Rising Radio Sinoland: "Beijing could possibly react by reducing the number of its staff in-country, but would be unlikely to kick them out", he suggests.

Citing the Chinese Foreign Ministry statement accusing the BBC of political bias, Kerry Brown suggests that this move could be seen as a backlash for stripping CGTN of its broadcasting licence.

"One way China will hit back is by basically attacking the credibility of the BBC," he says. "The BBC has been a big problem for China for many decades. I think they're basically escalating their kind of language towards the BBC. One of the issues is that obviously China is very sensitive about this responsibility for the beginning of the COVID-19 outbreak and has said that it's been unfairly blamed and it was kind of not willing to share information".

Though it would appear that Beijing sees the UK now "as easier to attack because it's not in the EU" and "a more isolated target", China is now facing a growing challenge from a number of states, aside from the EU, including the US, Australia and others, according to the professor.

On 22 November, the UK's influential conservative think tank Policy Exchange issued a report calling upon British allies and partners to team up in order to confront China's rise and advocating the British naval build up in the South China Sea along with the US forces. According to the think tank, the report "reflects a broad consensus of views on Britain’s role in the Indo-Pacific region" voiced by former political and military leaders of the UK, Canada, the US, Australia, New Zealand, Japan, South Korea, India, Sri Lanka, and Indonesia.