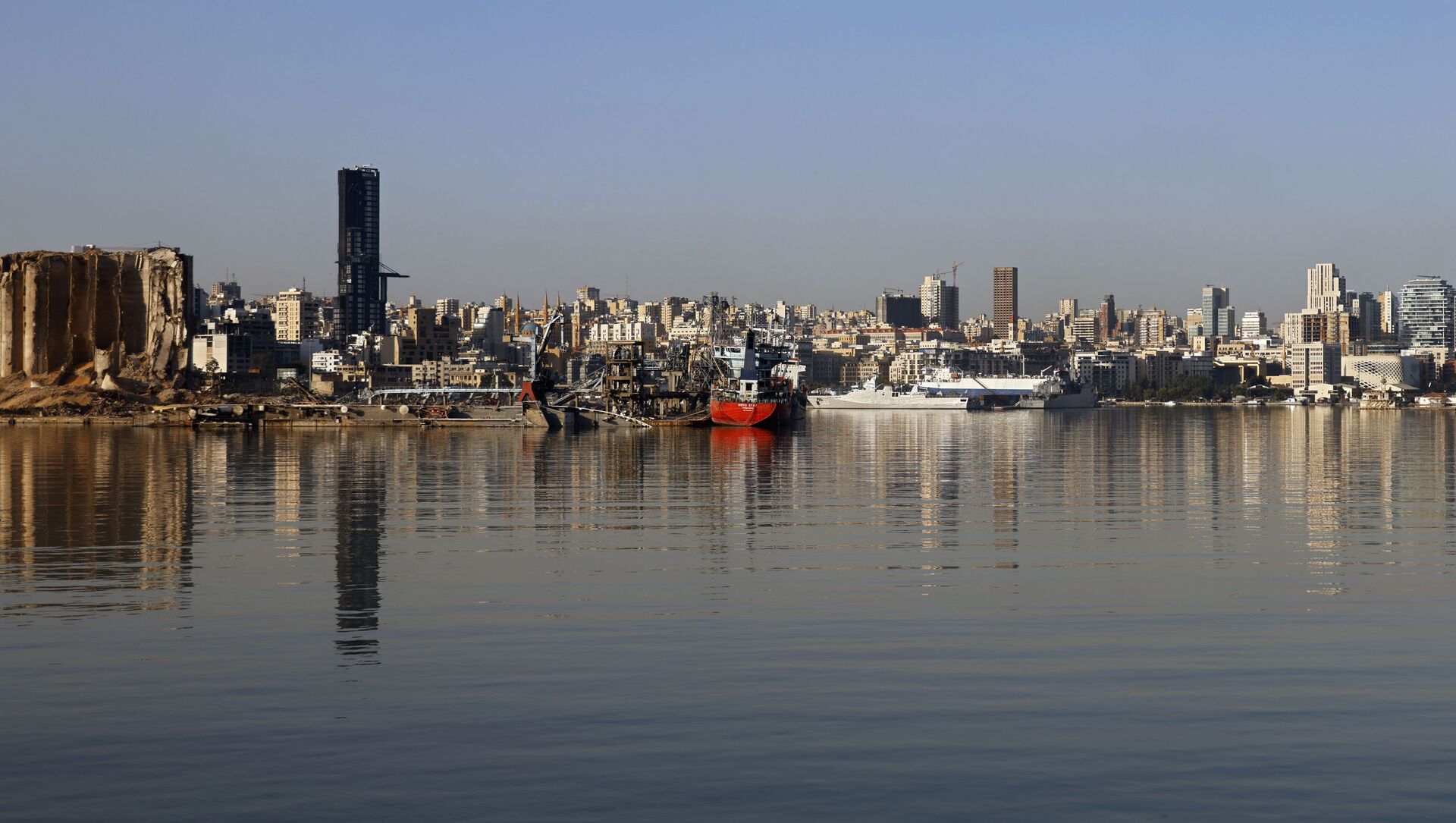 Kirill Kurevlev
Correspondent
All materialsWrite to the author
The explosion of an ammonium nitrate fertilizer stockpile on August 4, which had been left to haphazardly gather dust in the port of Beirut for years, killed more than 200 people, injured at least 6,500 others and destroyed hundreds of the capital's buildings.

German heavy-lift manufacturing company CombiLift has handled 52 hazardous material containers at the port of Beirut, Lebanon and will ship them from the country, the German ambassador said on Saturday.

On Twitter, Andreas Kindl posted that CombiLift "has treated 52 containers of hazardous and dangerous chemical material that had been accumulated over decades and were a threat to the people in Beirut."

“They stand ready to be shipped to Germany," he added, posting a photo showing fraying containers at the port and what appears to be leaking chemicals from some of them.

A first task in the Port of Beirut has been completed. The 🇩🇪 company #CombiLift has treated 52 containers of hazardous and dangerous chemical material that had been accumulated over decades and were a threat to the people in #Beirut.

They stand ready to be shipped to 🇩🇪. pic.twitter.com/biQhcT2wqK

The explosion has triggered some sensible worrying about remaining shipments of toxic chemicals that are still being stored at the port near the blast site.​ In November, the government signed a contract for clearing containers carrying such chemicals with CombiLift, which was already operating at the port.

Kindl added that the German government provided more than 2 million euros to the Lebanese Army to rebuild its naval base destroyed in the blast, noting, however, that much still needs to be done in the port despite the fact that many months have passed since the tragedy.

Recently, we gave more than 2 Mio € to @LebarmyOfficial to rebuild the naval base that was destroyed after the blast.

But overall:
six months after #BeirutExplosion much remains to be done in the port: sunken/wrecked ships, @portdebeyrouth offices, quayside, contaminated soil. pic.twitter.com/ZbSzQGN5ut

The country's officials stated at the time that containers storing corrosive acids had been standing for over a decade in an open-air cargo zone under the control of the customs authority of Lebanon.

“Beirut will be wiped out”, interim port chief Bassem al-Kaisi said in November, talking about the possibility of a new fire reaching those containers.

Lebanese authorities have said that, as part of a $3.6 million contract, CombiLift would ship the chemicals in special containers, with the port authority reportedly paying $2 million. The army and port authority of Lebanon have reportedly said that they do not have the experience to deal with such a process.

Because of the explosion, part of the buildings in many quarters of the Lebanese capital were completely destroyed, the glass was shattered, the power supply and water supply systems of the capital were badly damaged. According to authorities, the cause was the detonation of 2,750 tons of ammonium nitrate seized by customs in 2014 and stored in a warehouse.

The capital of Lebanon was declared as a disaster area, and a state of emergency was imposed in the city until September 19.

Soon after the blast, anti-government rallies were held in the country, as a result of which Lebanese Prime Minister Hassan Diyab announced the resignation of his government. Lebanon has launched an investigation into the incident, and at least 25 people, including the port chief and the head of the customs authority, were arrested, according to reports.