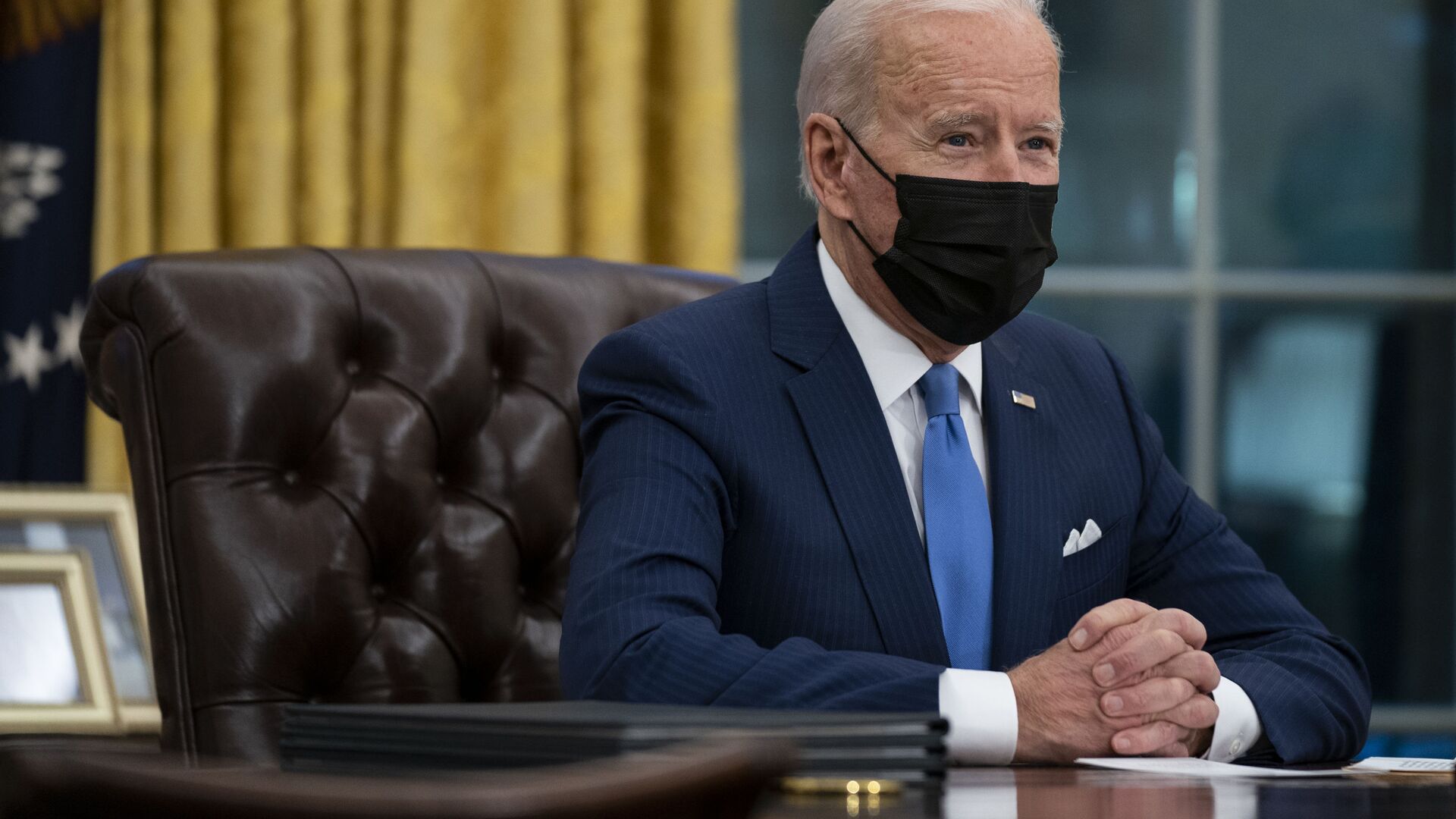 Tim Korso
All materials
Despite expressing interest in restoring the nuclear accord with the Islamic Republic during the presidential campaign, Biden has been so far reluctant to take the first step in that direction, instead suggesting that Iran should return to compliance first.

A group of ex-military, national security, and diplomatic officials have drafted an open letter to the Biden administration calling on it to apply every effort to quickly rejoin the nuclear deal with Iran. The group of 41 former US officials argued that failure to do so will result in the Islamic Republic acquiring nuclear weapons, despite Tehran repeatedly denying having such intentions.

The authors of the open letter also touched upon concerns earlier expressed by the administration, suggesting that the new nuclear agreement with Iran should address the country's missile programme and its relations with various proxy groups in the Middle East – two points of concern of Washington's allies in the region. Tehran dismissed the possibility of its missile programme being on the negotiating table, but the officials who drafted the open letter believe the issue still could be negotiated but only after the Joint Comprehensive Plan of Action (JCPOA, the official name of the Iran nuclear deal) is restored.

"We strongly support restoring constraints on Iran's nuclear programme by swiftly returning both Iran and the United States to the nuclear accord as a starting point for further negotiations to address the many threats posed by Iran", the authors of the open letter said.

The open letter admitted that Tehran poses certain "threats" to the country's national security, but stressed that the restoration of the nuclear deal should be the "paramount objective of [US] Iran policy". The authors underscored that Donald Trump's "maximum pressure" approach towards the Islamic Republic had "proved disastrous" for US security and alleged that it led to an increase in attacks against American troops and allies in the Middle East.

The former US officials behind the letter further alleged that the development of nuclear weapons by Iran due to the US withdrawal from the JCPOA, will eventually lead to a war with Tehran. While the authors of the letter to the Biden administration did not question Washington's ability to emerge victorious in such a conflict, they argued that the cost of achieving this result will be great.

"War with Iran would be an unmitigated disaster. While there is no question that the US would prevail, military conflict with Iran would incur unacceptable costs to the United States and ultimately fail to advance US national security", the letter said.

The Biden administration has expressed interest in restoring the JCPOA. It is not only seeking to include additional provisions in the pact, specifically regarding Iran's ballistic missile programme, but also wants Tehran to take the first step by returning to compliance with the nuclear deal. Iran, which has been ramping up the production of nuclear fuel since May 2019, insists that the US should ease sanctions first since the degradation of the treaty started with its withdrawal from the JCPOA in 2018.