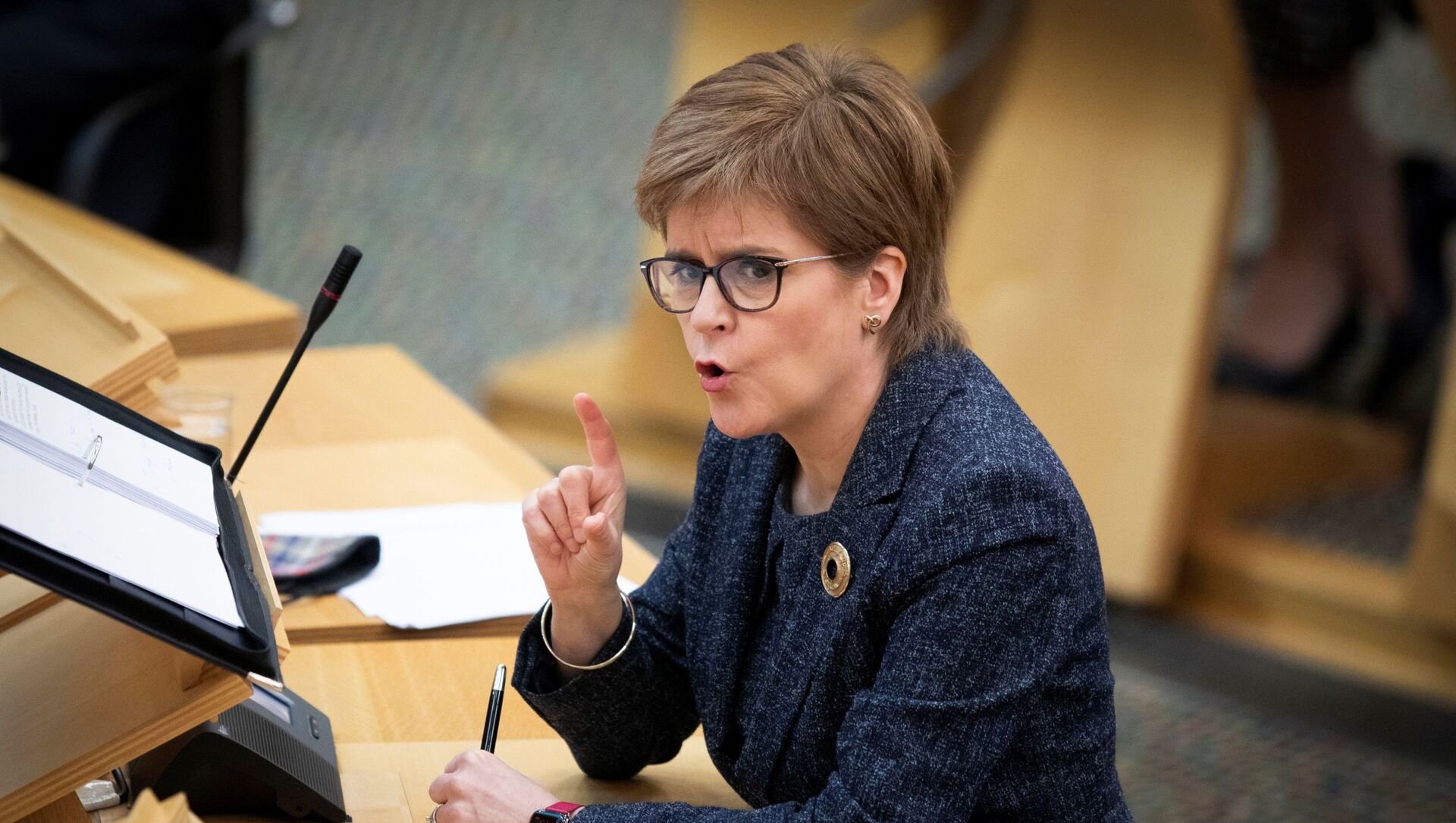 James Tweedie
All materialsWrite to the author
Despite former first minister Alex Salmond's allegations already being in the public domain, the fellow-nationalist convenor of the probe has refused to let him publish his potentially damning dossier against his successor and party-mate Nicola Sturgeon.

Former Scottish first minister Alex Salmond will boycott the inquiry into Holyrood's handling of sex-pest claims against him until his claims against his successor Nicola Sturgeon are released.

Salmond said there was "no chance" he would appear at the inquiry hearings next week while his dossier on his Scottish National Party leader Sturgeon were being "censored" by the committee in charge of the probe.

His allegations — already widely reported in the media — include that Sturgeon misled the Scottish Parliament and broke the ministerial code when she failed to disclose meetings between the two during which the criminal complaints against him were discussed. Sturgeon claims she "forgot" those meetings took place.

"It would be one thing to remove a sentence or so but to suppress the whole submission is simply farcical," a spokesman for Salmond said. "It means that it can't even be considered for inclusion in the committee's report."

Salmond was cleared of all 14 charges against him, including one of attempted rape, in March last year after his defence overwhelmingly discredited the testimony of his key accuser. Former British diplomat Craig Murray is awaiting the verdict of his trial for contempt of court for reporting on Salmond's trial.

Liberal Democrat MSP Alex Cole-Hamilton, a member of the inquiry committee, said on Friday the process was now "in crisis" and that he had called for an urgent meeting to consider Salmond's demands — although he claimed that the ban on publishing the dossier did not stop the former First Minister from referring to it at the hearings.​ But the SNP convenor of the committee refused to call the meeting, claiming it was "impractical" to do so.

Holyrood has suggested that allowing the publication of the already-leaked dossier would breach its legal obligations. Sturgeon convened a separate inquiry into the misconduct claims against her last year.

"In one letter, the convenor seems to have wiped out the entire strand of her own committee's inquiry into the ministerial code and dispatched the submission into a black hole," Salmond's spokesman said. "Alex will consult with his advisers tomorrow afternoon as to where this leaves his evidence and what to do now."

He added: "There is no possible justification whatsoever for this decision, which makes a mockery of the parliament's commitment to openness and transparency."

Salmond's situation has parallels with that of his erstwhile friend and former US president Donald Trump, who has flatly refused to appear at the Senate hearings into the second attempt by Democrats to impeach him — calling it a "public relations stunt" and an "unconstitutional proceeding".