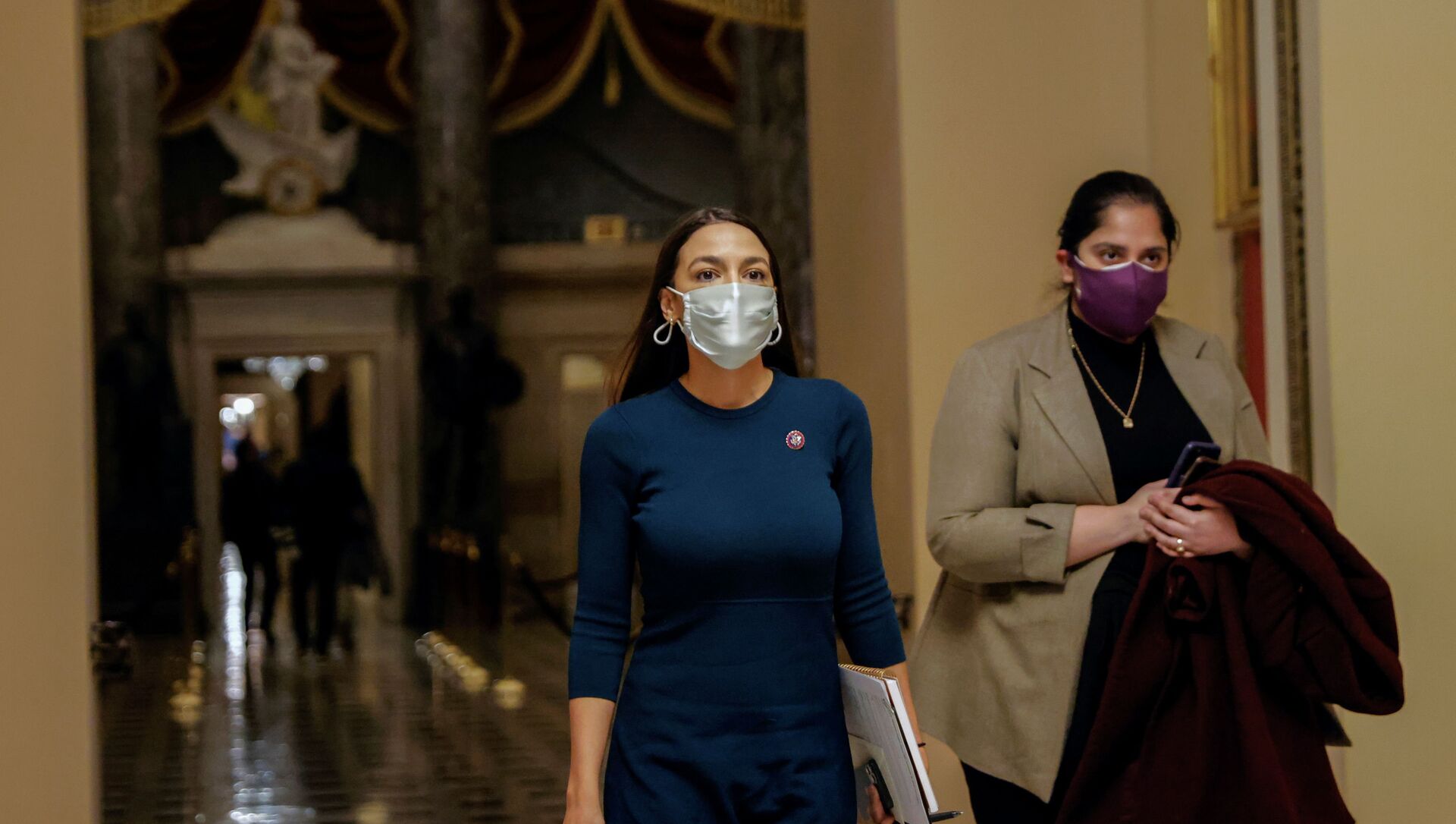 James Tweedie
All materialsWrite to the author
Claims by New York Congresswoman Alexandria Ocasio-Cortez that she narrowly escaped murder at the hands of the Capitol rioters have been cast into doubt by her own claim to be sheltering in a separate building, which fellow representatives say protesters never entered.

US Congresswoman Alexandria Ocasio-Cortez has been ripped over her claims she was almost killed during the January 6 Capitol occupation.

AOC's dramatic account of the "very close encounter where I thought I was going to die" during the protest against fellow Democrat Joe Biden's confirmation as president has been challenged by fellow House representatives and media commentators.

She said calls for political reconciliation since were "the same tactics of abusers", tearfully claiming: "I'm a survivor of sexual assault".

The known victims on the day are Ashli Babbitt, a US Airt Force veteran fatally shot by a plain-clothes officer as she tried to enter the House chamber, and police officer Brian Sicknick, who died later after reportedly being hit with a thrown object. Former president Donald Trump faces an impeachment trial in the Senate over claims he incited the occupation.

A key hole in AOC's story is that she was reportedly not inside the Capitol when several hundred protesters entered, but across the road in the Longworth House Office Building. By AOC's own account, she and her staff barricaded themselves inside fellow Democrat Congresswoman Katie Porter's office in the building.

​Republican South Carolina Congresswoman Nancy Mace called AOC's account "fictitious", pointing out her office is two doors down the hallway from the New York representative's which the protesters never entered.

AOC has already admitted that the person she believed was a rioter come to kill her was in fact a Capitol police force officer, although she felt "anger and hostility" from him.

​Conservative political commentator Jack Posobiec pointed out the location of Porter's office in relation to the Capitol.

​AOC hit back in a tweet earlier this week against what she dubbed "the latest manipulative take on the right", claiming the separate office building across the public Independence Avenue was part of a "complex" with the Capitol — and that "Trump supporters" planted bombs all around it.

She also accused Mace of doubting "survivors", seemingly comparing herself to a war veteran:

Conservative commentator Candace Owens pointed out that only two pipe bombs were planted, outside the offices of Republican and Democratic national committees the night before the January 6 protest — and the FBI are still trying to identify a suspect.