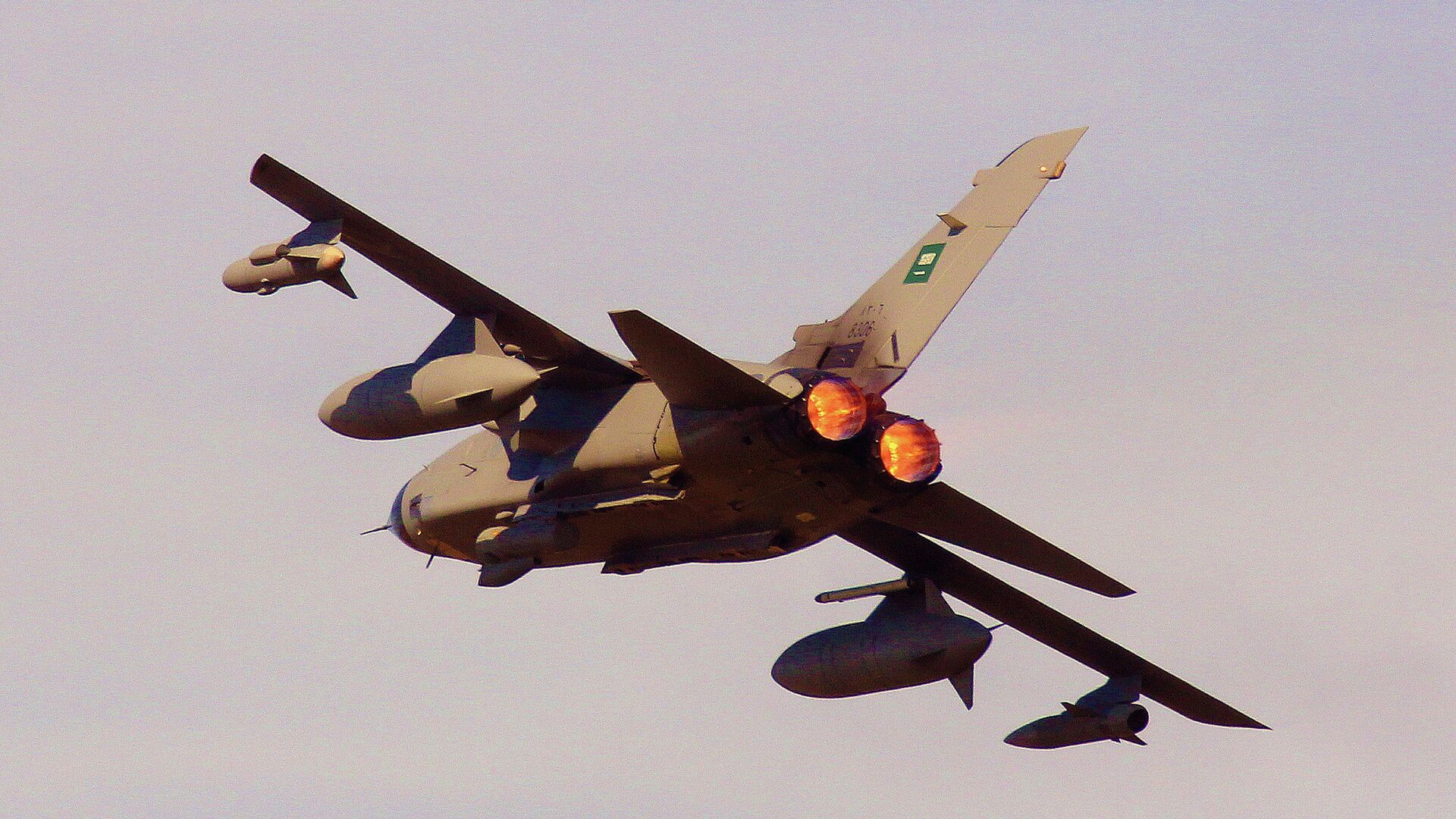 © Flickr / RA.AZ
Subscribe
International
India
Africa
Morgan Artyukhina
All materialsWrite to the author
Since World War II, the US has maintained a strategic alliance with the Saudi kingdom and asked few questions about its internal or external affairs. In exchange, Washington gets access to cheap petroleum and huge airfields. However, the genocidal war in Yemen is unprecedented and popular opinion has shifted firmly against Riyadh.

The White House has paused two proposed sales to Saudi Arabia of $760 million in guided munitions after moving to end US support for Riyadh’s six-year-long war in Yemen.

According to Defense News, the two sales are a $290 million foreign military sale of 3,000 GBU-39 Stormbreaker “small diameter bombs” built by Boeing, and the other is a $478 million direct sale from Raytheon of 7,000 Paveway IV smart bombs. Both weapons are deployed by aircraft for precision strikes like those the Saudi Royal Air Force has conducted against Yemeni Houthi forces since 2015.

“We are ending all American support for offensive operations in the war in Yemen, including relevant arms sales,” Biden said in a Thursday speech. “At the same time, Saudi Arabia faces missile attacks, UAV strikes, and other threats from Iranian-supplied forces in multiple countries. We’re going to continue to support and help Saudi Arabia defend its sovereignty and its territorial integrity and its people." 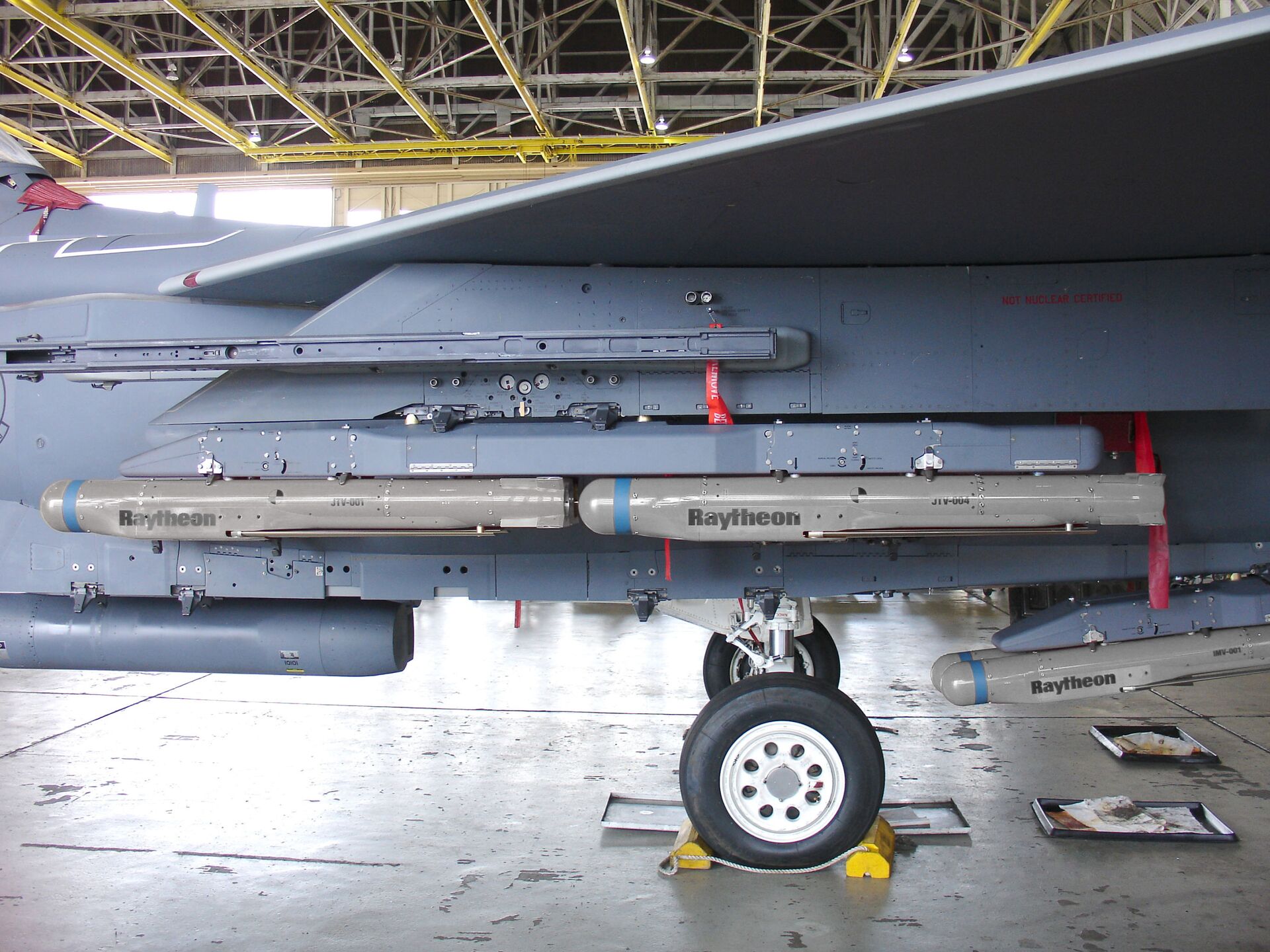 In other words, weapons sales to the Arab monarchy aren’t cancelled or banned. However, it’s unclear who Biden is referring to as carrying out attacks against Saudi forces. A White House spokesperson told Defense News that US support for offensive operations against Daesh and Al Qaeda in the Arabian Peninsula would continue - indeed, the US’ undeclared war in Yemen long predates the Saudi-led conflict.

The Saudi war began in 2015 when the Houthis, a Zaidi Shiite sect from northern Yemen, led mass protests over reforms widely believed to amplify poverty in one of the world’s poorest nations. The Houthis forced Yemeni President Abdrabbuh Mansour Hadi from power and Hadi fled to Riyadh, which launched a coalition war to restore Hadi to power in Yemen that included the US, United Arab Emirates, Morocco, and Sudan, among other Sunni-majority nations.

The Saudi-led bombing campaign has destroyed much of the country’s infrastructure, including schools and hospitals, and a naval blockade has all but prevented medical and food aid from reaching the country, exposing millions to hunger and disease. More than 100,000 Yemenis are believed to have been killed. However, the Houthis seem to have turned the tide and mounted increasingly daring and penetrating attacks into Saudi Arabia, including ballistic missile and suicide drone strikes against the petroleum industry, which is the foundation of the Saudi monarchy’s wealth.

In the final days of the Trump administration, the US State Department designated the Houthis as a terrorist organization, which the department under Biden is now reviewing. The US has accused the Houthis of being regional puppets of Iran, but evidence Tehran is actually arming the group is slim at best.

A White House spokesperson told Defense News that proposed weapons sales to Saudi Arabia would return to the oversight process that former US President Donald Trump sidestepped in order to circumvent congressional objections. 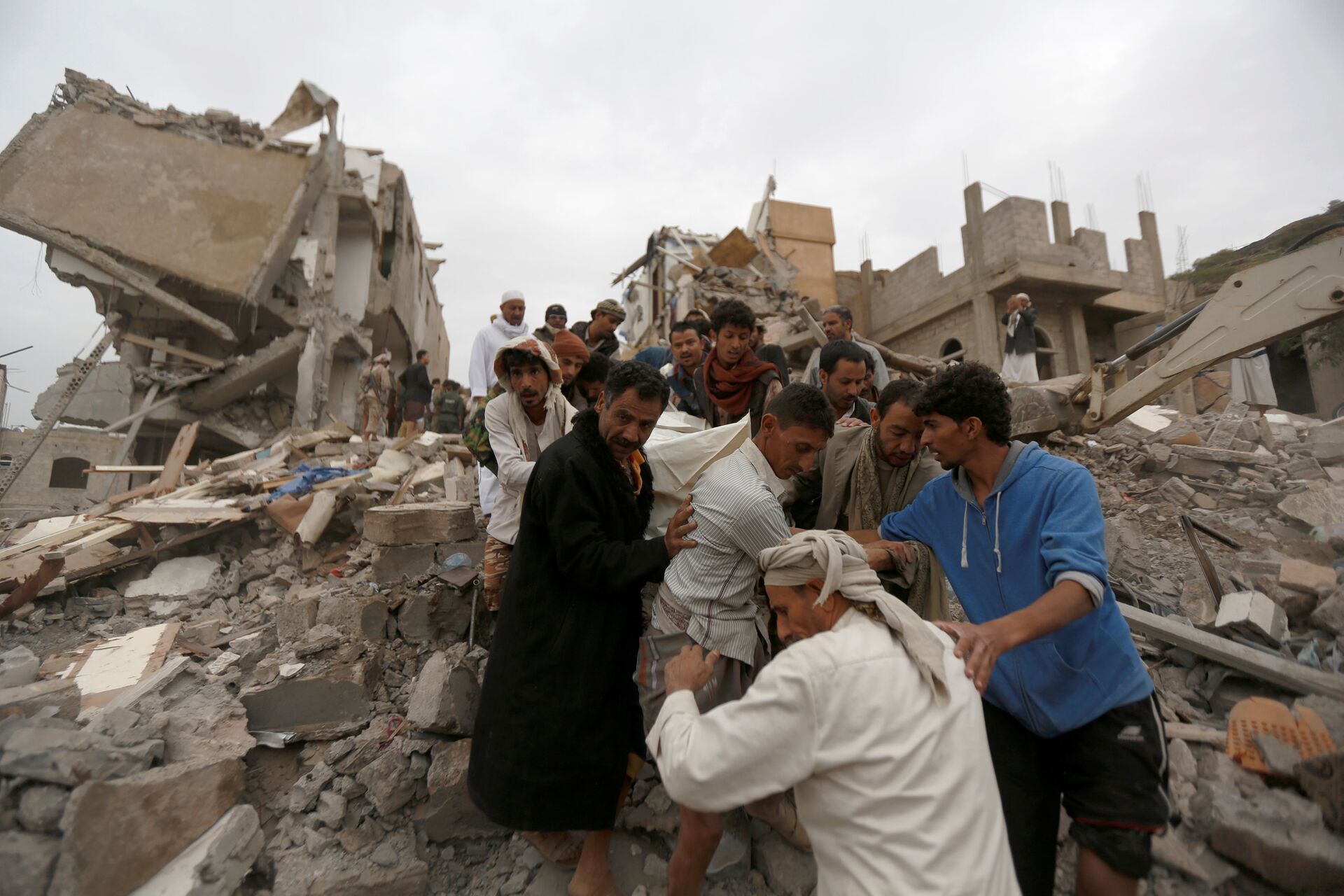 People carry the body of a woman they recovered from under the rubble of a house destroyed by a Saudi-led air strike in Sanaa, Yemen August 25, 2017
© REUTERS / Khaled Abdullah

On Friday, White House Press Secretary Jen Psaki further noted the administration would “expect Saudi Arabia to improve its record on human rights,” including releasing political prisoners. The Biden administration is also expected to soon declassify a dossier on the 2018 murder of Saudi dissident journalist Jamal Khashoggi, who was slain by a Saudi hit squad in the Saudi consulate in Istanbul, Turkey.

The CIA under Trump seemed poised to point the finger at Saudi Crown Prince Mohammad bin Salman, the power behind the Saudi throne, but Trump demurred, not wishing to alienate an important ally while his administration was turning the screws on Iran. A separate probe by the Saudi monarchy blamed rogue elements in the administration while exonerating the crown prince from any wrongdoing.

While Biden is much more critical of the monarchy than Trump was, he is still keen on cooperating with Riyadh, including trying to bring them into negotiations with Iran on a new nuclear deal to replace the 2015 Joint Comprehensive Plan of Action - a move Tehran has repeatedly rejected.

US support for Saudi Arabia extends back to World War II, when US President Harry Truman sent a top secret cable to King Abdulaziz ibn al-Saud pledging that "One of the basic policies of [the] United States in [the] Near East is unqualifiedly to support [the] territorial integrity and political independence of Saudi Arabia."

“In the 75 years of this peculiar alliance between the United States and Saudi Arabia, the two countries have had many deeply serious, profound differences, over many subjects," historian Thomas Lippmann told Sputnik in 2019.

"The United States has never - not once - put this relationship on the line over the fate, or the human rights of, any individual or group of individuals. In fact, the Truman administration put a policy in writing that said exactly the opposite. It said: ‘We're there to do business and for reasons of security. We're not there to tell them how to run their country or organize their society.' That policy's never been rescinded, and that's what we have always done."