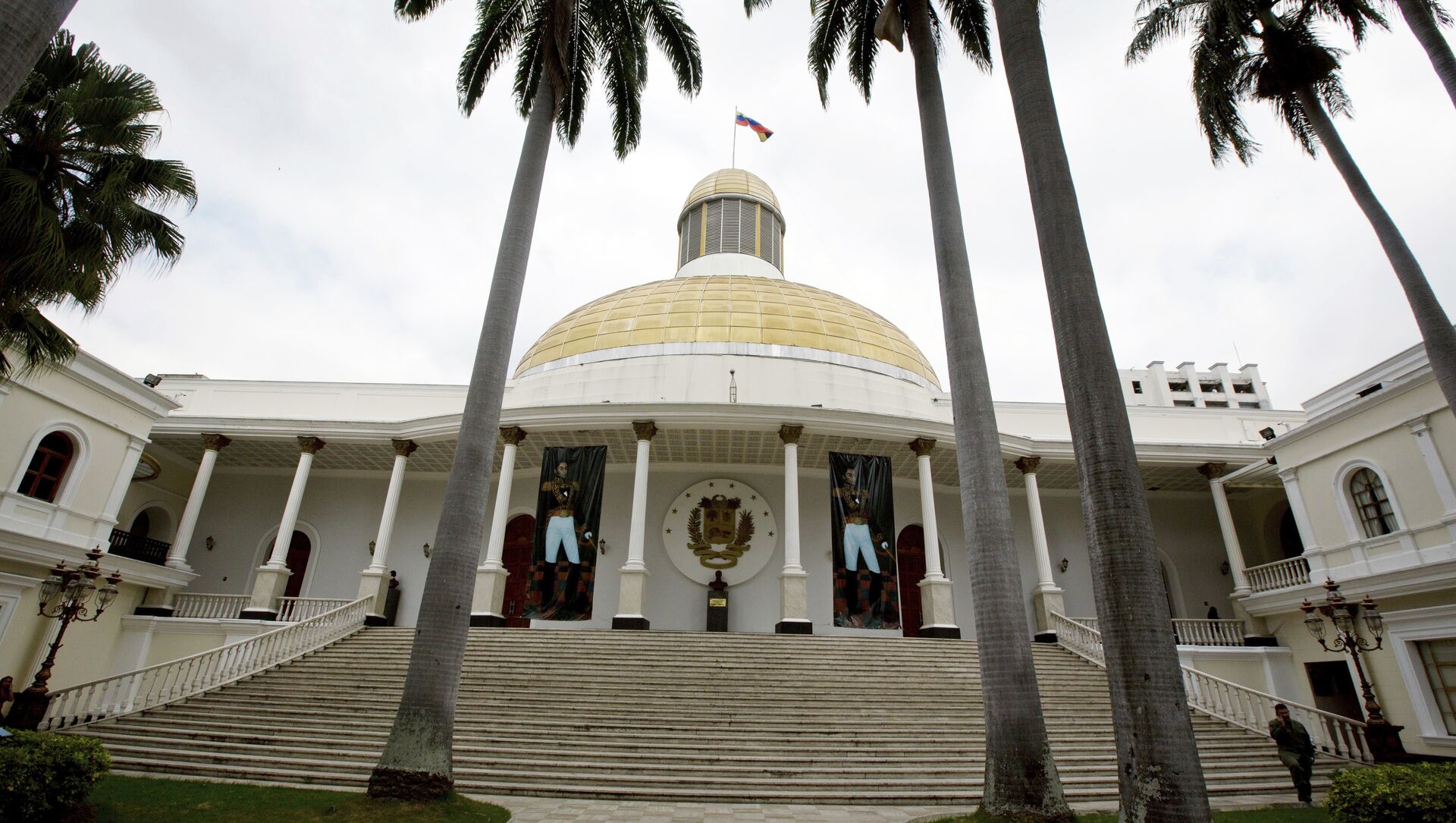 Morgan Artyukhina
All materialsWrite to the author
Venezuelan National Assembly President Jorge Rodriguez announced on Friday that another bomb plot directed at the Venezuelan legislature had been averted.

According to Rodriguez, the bomb plot was scheduled for January 26 and was to be carried out by Richard Grillet Álvarez, a security officer at the National Assembly building who had been recruited by the Colombian Central Intelligence Agency (CIA) for the task. Grillet was arrested before he could plant the bomb inside the assembly and detonate it while the legislature was in session.

Rodriguez denounced what he called further proof of the "Colombianization of the Venezuelan Opposition," saying Colombian President Iván Duque has increased his efforts to undermine the Venezuelan government. Grillet also claims he was supposed to bomb a radar site.

Earlier this week, Rodriguez announced the arrest of another terror suspect, Juan Gutierrez Aranguren, saying the plot had been orchestrated by opposition figures Leopoldo Lopez and Juan Guaido, the latter of whom has claimed with US backing that he is the country's interim president and that Maduro is illegitimate.

Gutierrez had previously taken part in "Operation Gideon," a failed May 2020 kidnapping plot by Silvercorp, a mercenary group comprised of former US military officials who were hired by Guaido to kidnap Maduro and extradite him to the United States. The US State Department has placed a sizeable bounty on Maduro's head, claiming he is the orchestrator of a drug-smuggling operation.

A new National Assembly was elected in December and inaugurated in January in elections won by the United Socialist Party of Venezuela, the party of President Nicolas Maduro. The successful election restored legitimacy on the body after it was disempowered by the Constitution Assembly in 2017.

As a result, the European Union has ceased recognizing Guaido's claim to be the interim president, since he lost his National Assembly seat by boycotting the vote. However, the administration of US President Joe Biden has not changed its course, and Biden reaffirmed his support for Guaido after taking office last month. However, the US Treasury did relax some of its incredibly stringent sanctions on Venezuela earlier this week, permitting certain transactions with Venezuelan port and airport facilities.