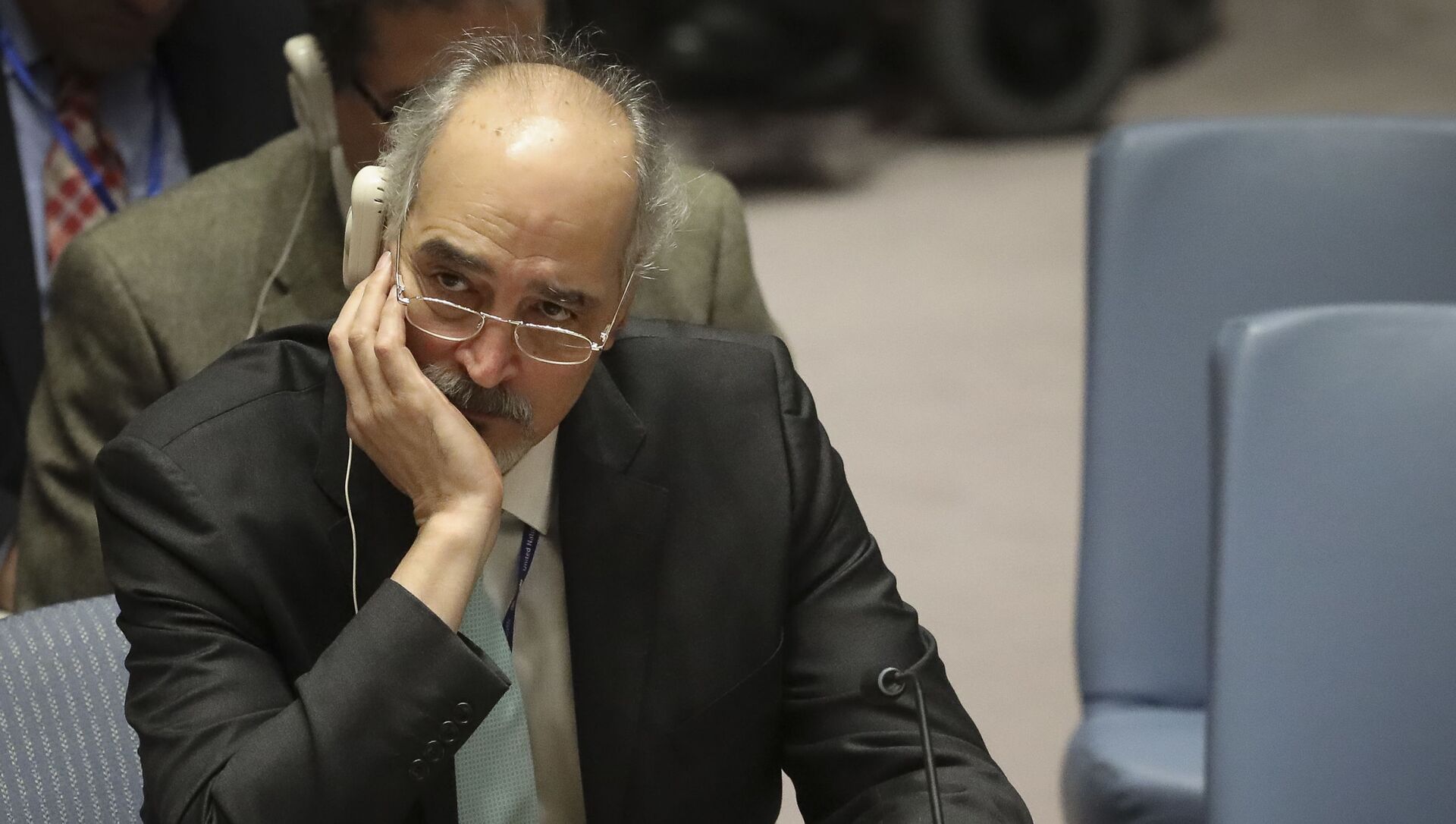 Kirill Kurevlev
Correspondent
All materialsWrite to the author
Russian envoy to the UN Vasily Nebenzia has also urged the new members of the Security Council to review the Syrian chemical dossier objectively and note the readiness of the country to comply with the Organization for the Prohibition of Chemical Weapons (OPCW).

Syrian Ambassador to the UN Bashar al-Ja'afari has criticized the collective West for using the OPCW and the so-called Syrian chemical dossier as a tool against the Syrian government, the state SANA News Agency reported Thursday.

Ja'afari said in a virtual session of the UN Security Council that Western states are using the chemical watchdog and the dossier of alleged chemical attacks in Syria "as a weapon in the war imposed on Syria and a tool to practice pressure and political blackmail, asserting that West has never been "satisfied with their previous crimes and lies, whose features were uncovered to the whole world."

"Syria joined the agreement of the OPCW in 2013 and has engaged in serious and constructive cooperation with the relevant UN  mechanisms and the OPCW and its Technical Secretariat, which has resulted in helping Syria to get rid of its chemical stockpile, substances and production facilities, so Syria has not possessed any chemical weapons and substances or production facilities since 2014", he added.

However, according to Ja'afari, Western governments have "preferred to deny this fixed truth" and continue to blame the Arab country for every alleged chemical attack in the conflict.

"Those countries’ fabricated allegations aim at justifying direct military aggression and serious violations of the international law and the UN Charter and to spread death and destruction, as the same countries have used the same policies during the US-British invasion of Iraq, as well as when the NATO destroyed Libya," the Syrian envoy said.

Russia Urges New UNSC Members to Objectively View Syrian Chemical Dossier, Envoy to UN Says
Ja'afari reiterated his earlier condemnation of attempts to pass the draft resolution in the Conference of the States Parties which allegedly purported “Syria's non-compliance” with its obligations under the Chemical Weapons Convention. The ambassador argued that this draft resolution, or any other similar campaign, was a politicized act of hostility aimed at accusing Syria of using chemical weapons and "to absolve the terrorists who have repeatedly launched terrorist acts."

The West has continuously accused Damascus of staging a chemical attack on the city of Douma, located in Eastern Ghouta. Russia and the Syrian government have repeatedly condemned the OPCW's biased approach to probing incidents in the Arab country, bringing into question the conclusions of the OPCW Technical Secretariat.