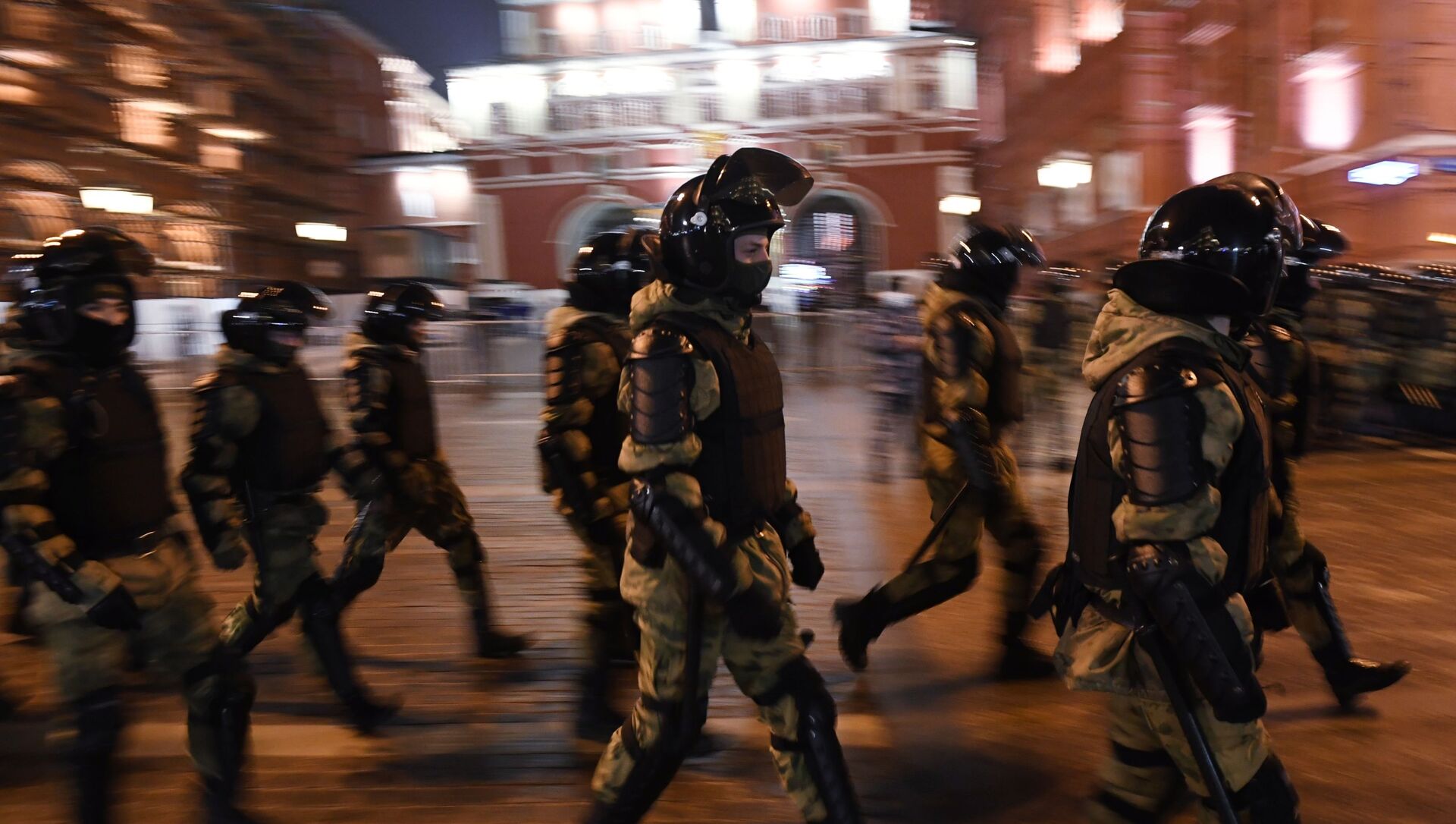 Henry Batyaev
All materialsWrite to the author
The diplomats took part in unauthorised rallies to support Russian jailed blogger Alexei Navalny whose suspended sentence was replaced with three-and-a-half years in prison.

Russia has expelled diplomats from Germany, Poland and Sweden for participating in illegal rallies in support of Alexei Navalny, the Russian Foreign Ministry said on Friday, confirming previous reports.

According to the ministry, they were declared personae non gratae and will soon leave the country.

"The Russian side expects that in the future the diplomatic missions of the Kingdom of Sweden, the Republic of Poland and the Federal Republic of Germany and their personnel will strictly follow the norms of international law", the ministry said.

Initial reports from EU Observer, citing anonymous sources in the bloc, said that Russia had expelled the three diplomats. The decision was reportedly made after talks between Russian Foreign Minister Sergey Lavrov and EU High Representative for Foreign Affairs and Security Policy Josep Borrell who was visiting Moscow for the first time.

Soon after the publication, the Swedish Foreign Ministry confirmed that their diplomat had been expelled.

"The Ministry considers this entirely unjustified, which we have also conveyed to the Russian side. The Ministry regrets Russia’s actions and reserves the right to take appropriate measures in response", it added.

A source in Moscow told reporters that a Swedish diplomat had taken part in an unauthorised rally on Nevsky Prospekt in St. Petersburg on 23 January. The Swedish embassy said the diplomat had only watched the action. Russian Foreign Ministry spokeswoman Maria Zakharova, commenting on the actions of western embassies regarding uncoordinated actions in Russia and the presence of diplomats at the trial in the Navalny case, said that Moscow would "address every such case".

Polish Foreign Ministry, in the meantime, said that Warsaw will expel a Russian diplomat in a tit-for-tat move, according to the Russian Ambassador to Poland. Poland expects Russia to cancel the "erroneous" decision to expel Polish diplomat and threatens with retaliatory sanctions, the republic's foreign ministry said.

German Chancellor Angela Merkel has condemned Moscow's decision, believing it to be unjustified and "a step away from the rule of law". The chancellor added that Berlin is not ruling out personal sanctions in response to the expulsion of the diplomats.

According to a Sputnik source, soon after Merkel's comment, the German Foreign Ministry summoned Russia's Ambassador to Germany to outline Berlin's position on the diplomats' expulsion.

Rallies in Support of Navalny

Several unauthorised rallies were held in Russian cities on 23 and 31 January, organised in support of Russian blogger Alexei Navalny who returned to Russia from Germany where he had been undergoing treatment for what Berlin claims was "Novichok poisoning", despite failing to provide evidence.

Protesters also took to streets on 2 February after Navalny was handed a three-and-a-half-year jail sentence, replacing his suspended sentence on the embezzlement case. 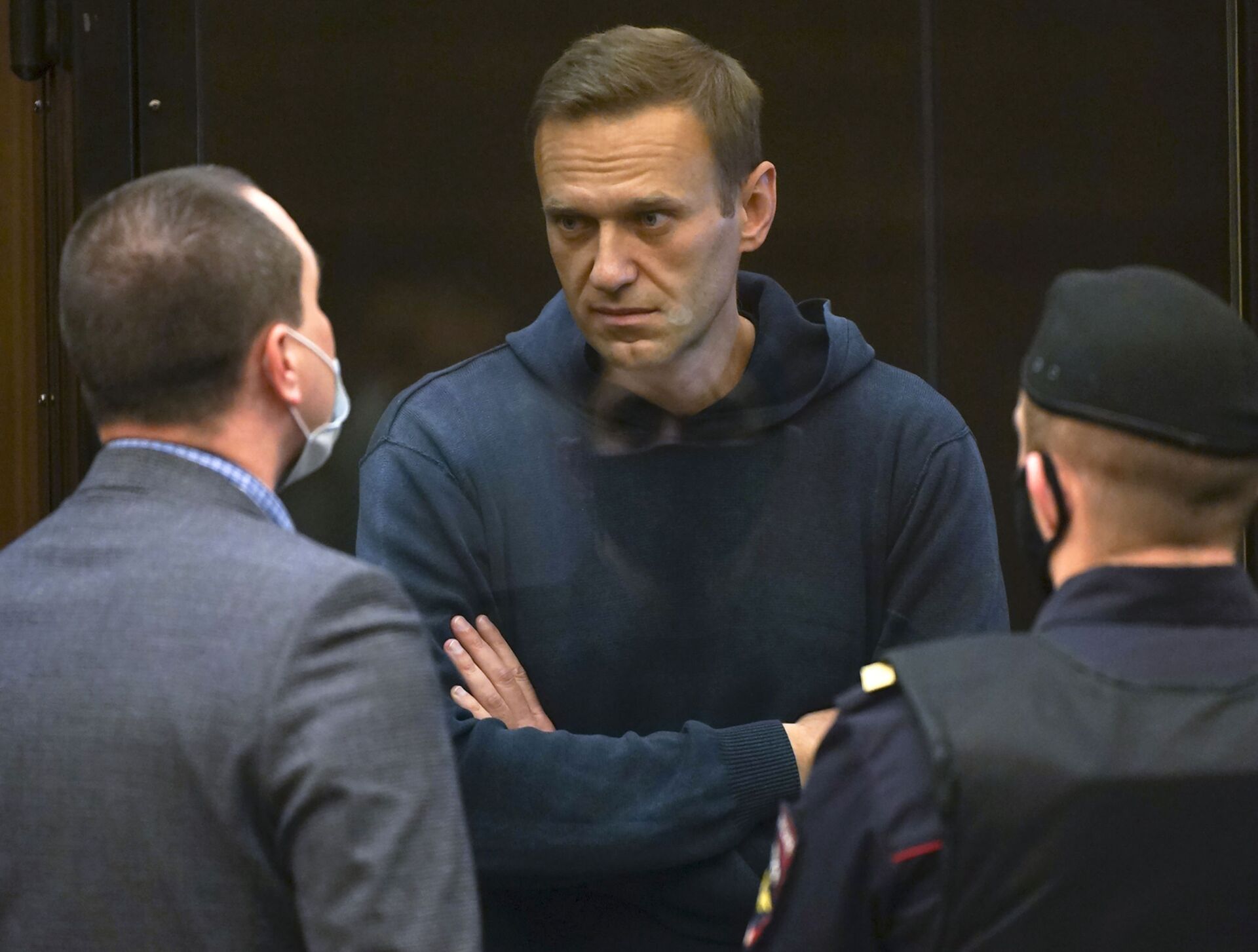 In this handout photo provided by Moscow City Court Russian opposition leader Alexei Navalny talks to one of his lawyers, left, while standing in the cage during a hearing to a motion from the Russian prison service to convert the suspended sentence of Navalny from the 2014 criminal conviction into a real prison term in the Moscow City Court in Moscow, Russia, Tuesday, Feb. 2, 2021.
© AP Photo / Moscow City Court

A number of Western nations, including the US, Germany, France and the UK called on Moscow to have the blogger released.

The Russian Foreign Ministry decried western reaction to the rallies as a "coordinated global campaign to contain Russia and interfere in its internal affairs". Moscow intends to have "a serious talk" with Washington on the matter, spokeswoman Maria Zakharova stated.