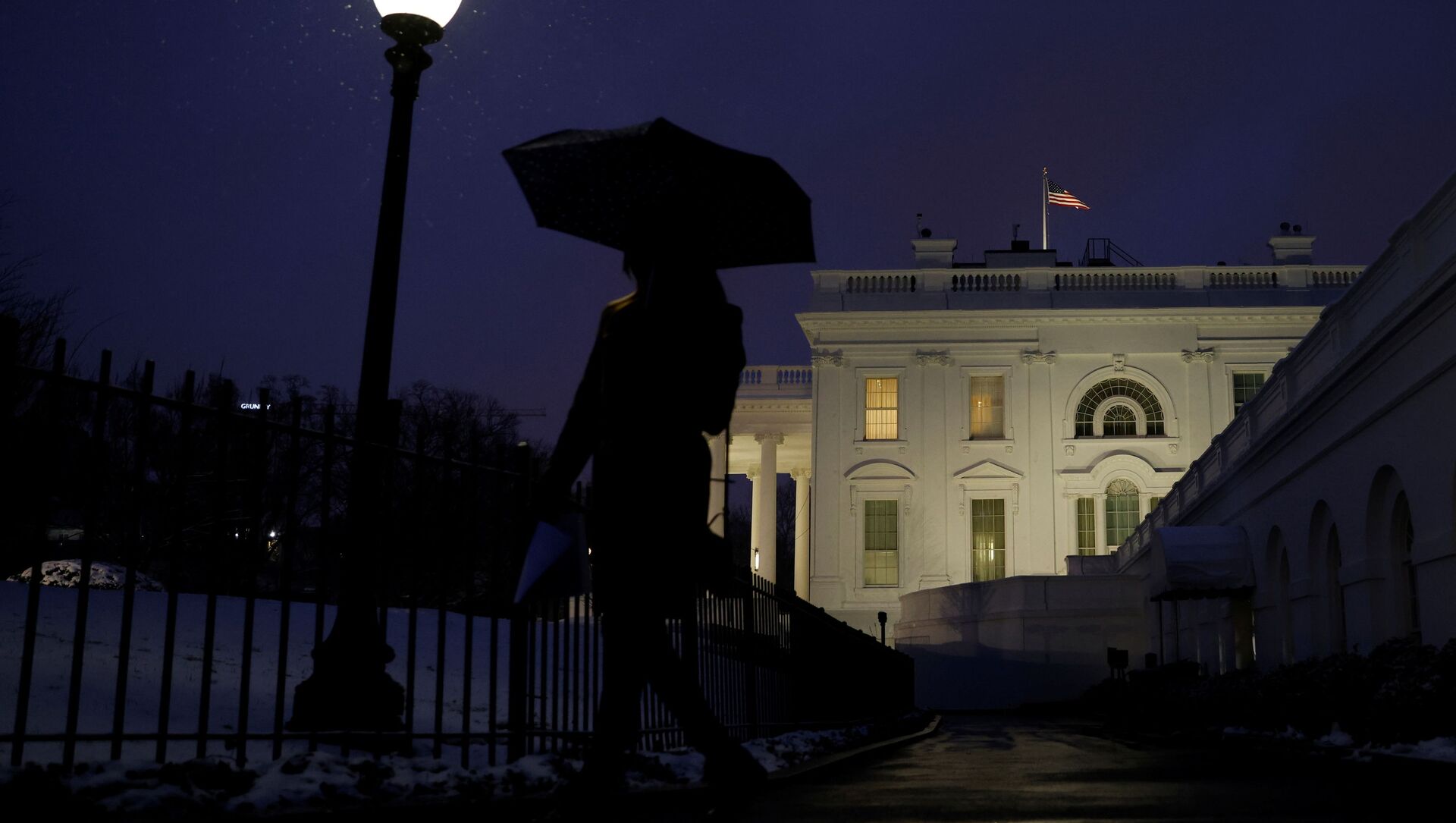 Oleg Burunov
All materialsWrite to the author
On Wednesday, Russian Foreign Ministry spokeswoman Maria Zakharova stated that the US just needs a pretext to slap sanctions on Russia, and that Washington has been "pursuing this policy of attempted containment for many years".

The White House is "pretty sanctioned out when it comes to the Kremlin", The New York Times has cited an unnamed aide of US President Joe Biden as saying.

The aide reportedly made the remarks after the US condemned the sentencing of Russian opposition figure Alexei Navalny, in an apparent interference in Russia's domestic affairs.

The remarks followed Russian Foreign Ministry spokeswoman Maria Zakharova referring to possible restrictive measures by the US against Russia over the Navalny case, saying that the West does not need any reason for imposing sanctions against Russia because an excuse can always be invented.

"They do not give a damn about the essence of the case, for sure. They just need a reason. If there is a reason, they will pull it from the darkest corner, if there is no reason, they will invent it or create it", Zakharova said in an interview with Russian journalist Vladimir Solovyov on Wednesday.

"They have been pursuing this policy of attempted containment for many years. We see that they use different reasons. They do not even need to understand the reality and to delve into the essence", the Russian Foreign Ministry spokeswoman emphasised.

The statement came a few days after the Anti-Corruption Foundation (FBK, labelled a foreign agent by the Russian Ministry of Justice) sent a letter to US President Joe Biden urging him to impose sanctions on 35 of Russia's top officials and businessmen, including those close to President Vladimir Putin, the US media reported, citing a copy of the letter.

On Tuesday, a court in Moscow sentenced Russian opposition figure Alexei Navalny to 2.5 years in prison, replacing a suspended sentence in a financial misdemeanour case over probation breaches.

Navalny was detained in Moscow on 17 January upon his arrival from Germany, where he had undergone months of treatment for alleged nerve agent poisoning. The blogger was subsequently placed in custody for 30 days for violating his probation terms for an earlier embezzlement conviction.

Russia
Russia Did Not Receive Results of Navalny's Toxicological Study From Germany, Prosecution Says
The 44-year-old has two suspended convictions connected to his role in a fraud case involving the French cosmetics brand, Yves Rocher, and embezzling funds from the company Kirovles in western Russia's Kirov Region. He denies guilt in both cases, branding them politically motivated.

Navalny returned to Russia from Germany after receiving medical treatment following a suspected poisoning in Siberia, evidence for which German health experts allegedly found in his body. The latter purportedly discovered traces of a nerve agent from the Novichok group in the blogger. Moscow has consistently rejected the findings and requested the evidence be shared with it.

Last month, Zakharova said that Russia had received a response from Germany on the situation with Navalny, but it did not contain anything "in essence of the questions asked".