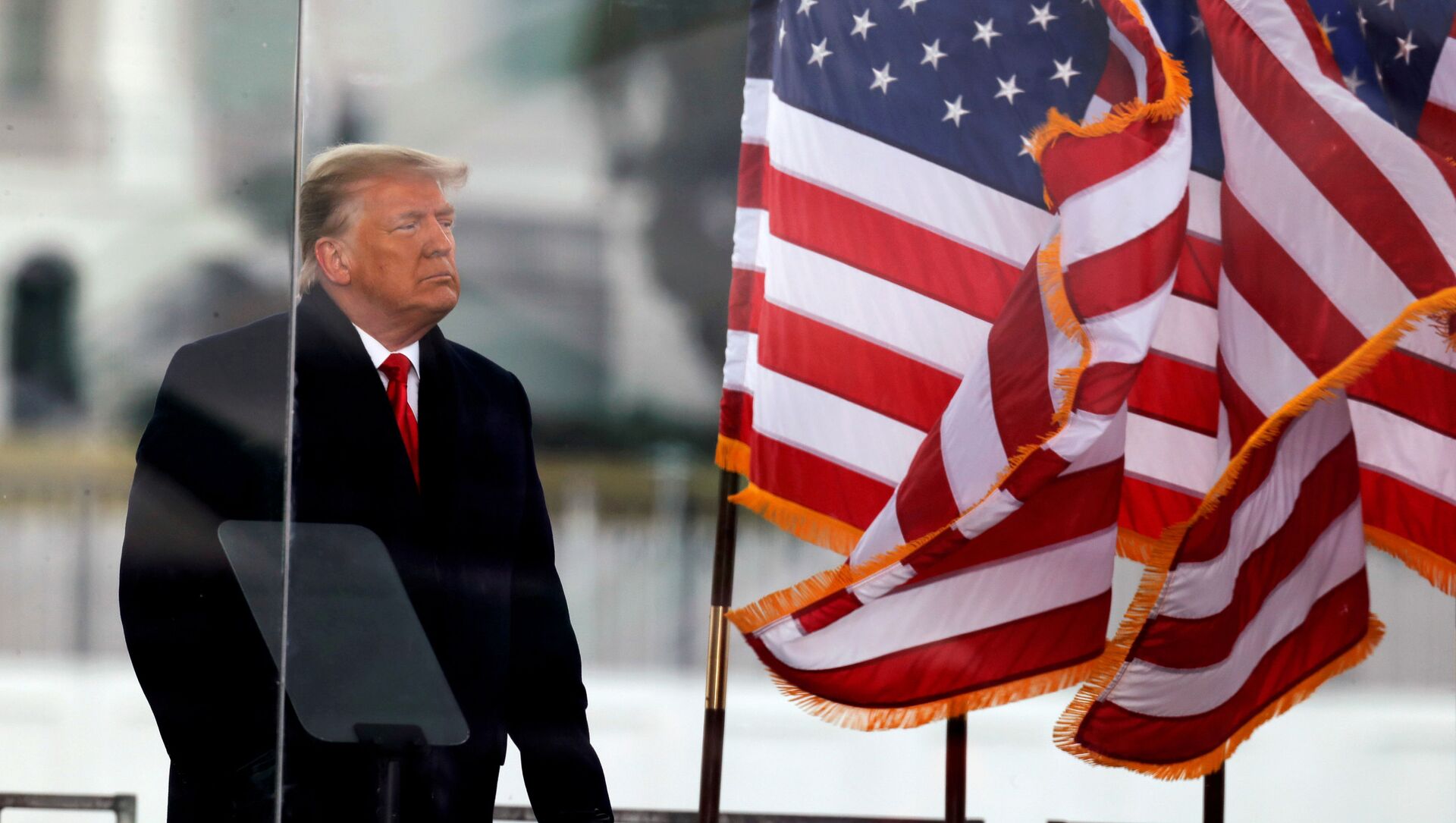 Earlier Thursday, Rep. Jamie Raskin (D-MD), the lead impeachment manager, issued a letter to former US President Donald Trump requesting he "provide testimony under oath, either before or during the Senate impeachment trial," which is slated to begin February 9.

Trump lawyers David Schoen and Bruce Castor issued a same-day reply to the lead impeachment manager, asserting that his client is being subjected to an unconstitutional legal process.

"We are in receipt of your latest public relations stunt. As you certainly knew, there is no such thing as a negative inference in this unconstitutional proceeding," the attorneys wrote. "Your letter only confirms what is known to everyone: you cannot prove your allegations against the 45th President of the United States, who is now a private citizen."

"The use of our Constitution to bring a purported impeachment proceeding is much too serious to try and play these games," they concluded.

While it is unclear whether the attorneys' release represents a refusal to testify, CNN's Jim Acosta, citing Trump spokesperson Jason Miller, tweeted "the former president will not testify."

Last month, the US House of Representatives voted 232-197 to impeach Trump for “incitement of insurrection” during January 6 "Stop the Steal" rally, where he urged supporters to protest lawmakers accepting electoral slates from battleground US states that Trump claims were invalid and cost him election victory. Trump called on supporters to "fight like hell" to preserve the "country."

Today's attempted coup in Congress began with Trump saying "If you don't fight like hell, you're not going to have a country anymore," and then telling the crowd to head to the Capitol to give Republican lawmakers the message. pic.twitter.com/1ABkCku5Vv

​Trump's defense team has maintained that the trial should not even occur, as it goes against the US Constitution.

"The Senate of the United States lacks jurisdiction over the 45th President because he holds no public office from which he can be removed, and the Constitution limits the authority of the Senate in cases of impeachment to removal from office as the prerequisite active remedy allowed the Senate under our Constitution," Schoen and Castor wrote in their 14-page memo to Congress.

Raskin previously laid out the potential consequences of Trump declining to testify.

“If you decline this invitation, we reserve any and all rights, including the right to establish at trial that your refusal to testify supports a strong adverse inference regarding your actions (and inaction) on January 6, 2021,” he wrote in the Thursday morning memo issued to Trump.

The window for the former US president to submit his testimony - which includes cross-examination - begins as early as Monday, and runs no later than February 11.