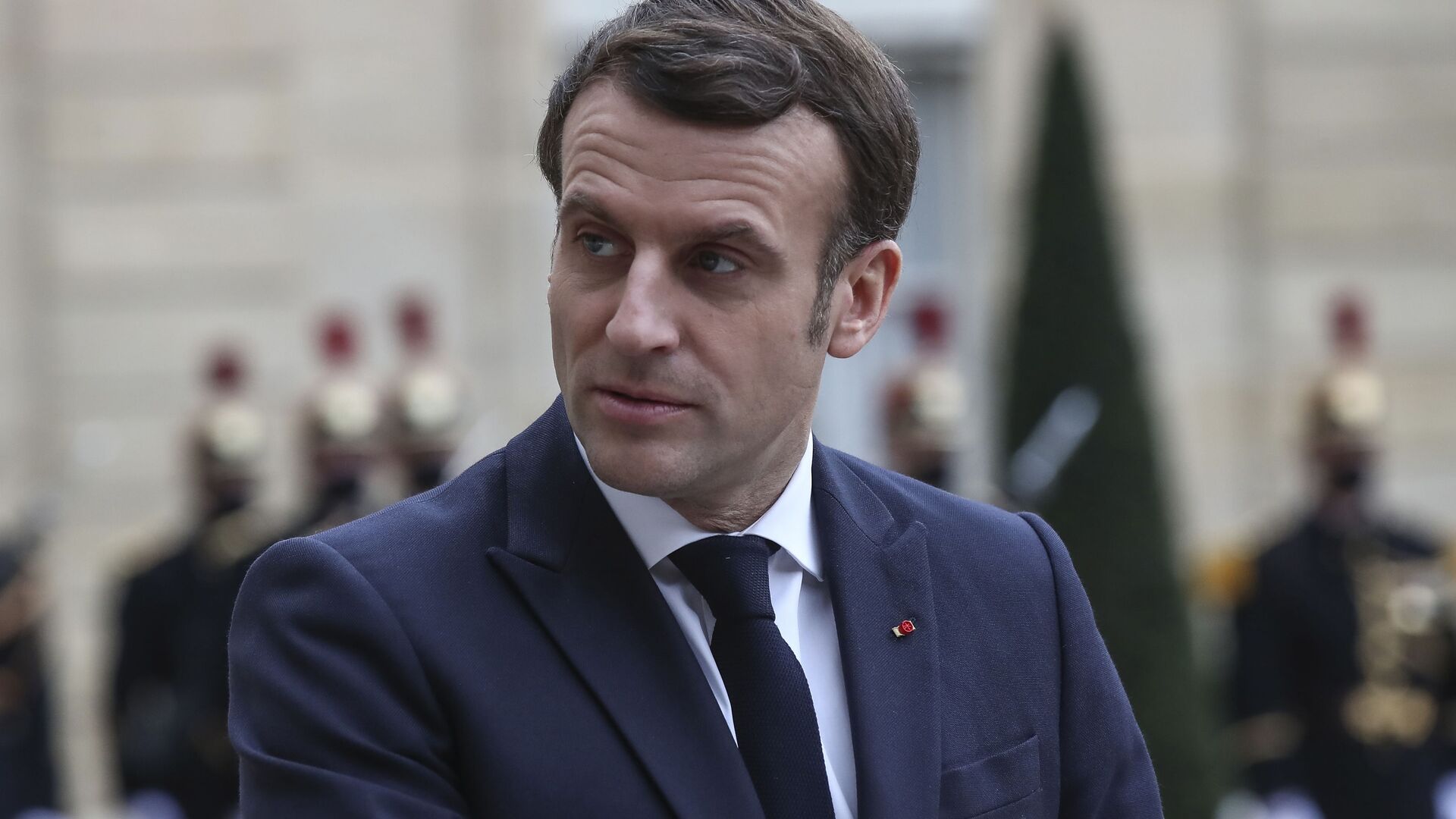 Morgan Artyukhina
All materialsWrite to the author
A US State Department spokesperson on Tuesday dispelled rumors that US President Joe Biden’s transition team has been engaged in backroom talks on the US returning to the Joint Comprehensive Plan of Action (JCPOA), saying it was “a long way” from considering Iran’s proposal to revive the deal.

French President Emmanuel Macron has once again offered his help in patching up relations between Iran and the United States, suggesting he could be an “honest broker” in talks over returning to the 2015 nuclear deal. However, he also said he wants to expand the deal to include the strongly anti-Iranian countries of Israel and Saudi Arabia.

“I will do whatever I can to support any initiative from the US side to re-engage demanding dialogue and I will be here ... to try to be an honest broker and a committed broker in this dialogue,” Macron said during an online forum at the Atlantic Council think tank on Thursday.

The French president said he believed Iran was “much closer to a nuclear bomb now than they were before” the JCPOA, and that “this is the right timing” to negotiate a wider deal that would include Iran’s formidable ballistic missile program as well as other regional partners.

“We have to find a way to involve in this discussion Saudi Arabia and Israel, because they are some of the key partners of the region directly interested by the outcomes with our other friends of the region,” Macron added. “It is impossible to fix the situation without being sure that all of these countries are comfortable with this new agenda.”

However, Tehran has already spoken out against either revising or expanding the 8-nation JCPOA.

“The JCPOA is a multilateral international agreement that has been endorsed and stabilized by United Nations Security Council Resolution 2231. It is by no means renegotiable, and its parties are also definite and unchangeable,” Iranian Foreign Ministry spokesperson Saeed Khatibzadeh said last week.

Iranian Foreign Minister Mohammad Javad Zarif noted last week that a mechanism for such an “honest broker” already exists in the JCPOA: EU High Representative Josep Borrell, who is the coordinator of the joint commission that monitors the deal.

Moreover, Macron’s proposed expansion of the deal follows the path previously laid out by the Biden administration, and he has previously said Iran must be the first to return to the confines of the deal, making it unlikely Tehran will believe Macron's claim to be an “honest broker.”

Iran, the US, the UK, France, Germany, Russia, China, and the European Union signed the agreement in July 2015, providing for the removal of economic sanctions against Iran in exchange for ending its nuclear weapons program and agreeing to strict limits on the quality and quantity of refined uranium it could produce. However, in 2018, then-US President Donald Trump claimed without evidence that Iran was violating the deal and unilaterally pulled the US out of it, reimposing damaging “maximum pressure” economic sanctions.

After the other JCPOA partners failed or refused to convince Washington to soften its stance, Iran began “reducing commitments” to the deal, as Zarif has put it, refining greater volumes and a higher purity of uranium - albeit not within the limits useful for making an atomic bomb, as Sputnik has reported.

Israel and Saudi Arabia have both condemned the JCPOA as it presently exists.

In December, when it became clear Biden was interested in a nuclear deal with Iran, Saudi Foreign Minister Prince Faisal bin Farhan said Riyadh and Arab states on the Persian Gulf must be consulted first, and the Israel Defense Force’s chief of staff denounced the JCPOA last week as “wrong from a strategic point of view.” Just days earlier, Yossi Cohen, the head of Israel’s Mossad intelligence agency, traveled to Washington to make Israel’s case about JCPOA negotiations directly.

Macron is expected to travel to Riyadh later this month, where he will meet with Saudi King Salman bin Abdulaziz and Crown Prince Mohammed bin Salman, in part to discuss their joint position on Iran, according to Mehr News Agency.

Abolfazl Amouei, the spokesperson for the Iranian Parliament’s National Security and Foreign Policy Committee, also said last week that “Saudi Arabia has nothing to do with the nuclear agreement.” However, he noted that Tehran is “ready for a dialogue with Saudi Arabia if it so desires, whether bilaterally or with the neighboring Arab countries.”

Indeed, just such a dialogue between the two rival nations appeared to be underway in early January 2020, when Iranian Maj. Gen. Qasem Soleimani traveled to Baghdad, Iraq, for what he believed were peace talks with Riyadh. Instead, the Quds Force commander was killed by a US drone strike, prompting an Iranian ballistic missile strike against two air bases in Iraq that housed US troops.