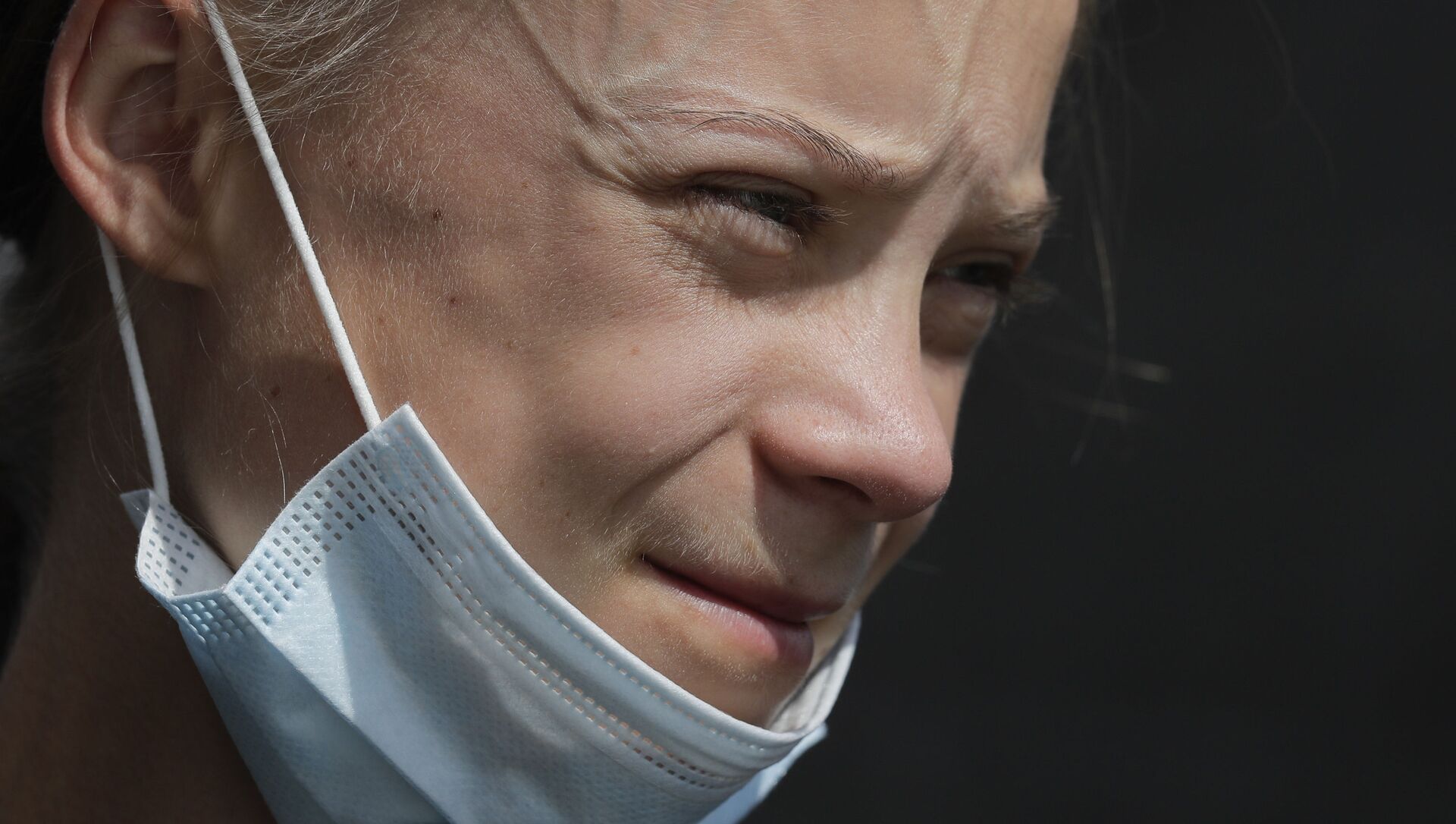 Advitya Bahl
All materialsWrite to the author
On Tuesday night, Thunberg extended her support to farmers protesting in India on the micro-blogging site Twitter, saying "We stand in solidarity with the #FarmersProtest in India". Thousands of farmers are protesting on the outskirts of Delhi against three farm laws.

A day after teen climate activist Greta Thunberg shared a tweet along with a "toolkit", the Delhi Police on Thursday registered a First Information Report (FIR) against unnamed persons in connection with the kit.

According to the police, an initial probe suggested that the document is linked to a pro-Khalistan group.

The Khalistan movement refers to the demand for a separate country for Sikhs carved out of the northern Indian state of Punjab, located on the India-Pakistan border. The movement witnessed a rise in the 1980s and almost fizzled out in 1990s after stringent action was taken by the Indian government.

Speaking to Sputnik, Special Commissioner of Police (crime) Praveer Ranjan said that they found a document (toolkit) that has a plan to spread social disharmony in India. Meanwhile, they have registered a case against its author on charges of sedition, conspiracy, and others.

"The document had a proper action plan about a digital strike on or before 26 January (India's Republic Day) and tweet storms on 23 January along with hashtags", the officer said.

The document also contained details on ways to support the protest and various urgent actions, including demonstrations outside Indian embassies needed to support the farmers' protests.

Meanwhile, minutes after the Delhi Police registered a case, Thunberg took to Twitter and stated she would stand with the farmers.

The development comes after Thunberg extended her support to the farmers protesting in India on the micro-blogging platform, saying "We stand in solidarity with the #FarmersProtest in India" along with sharing a link to a CNN story about the protests and the government restricting Internet access near the protest sites.

Later on Wednesday night, the Swedish climate activist shared a toolkit advising people on how to show support for the protests.

While she had deleted a previous toolkit claiming it was an old one, the similar toolkit she posted on Wednesday evening contained information on support for farmers on Republic Day.

​Reacting to comments made by foreign individuals and entities like Thunberg, the Indian Foreign Ministry issued a statement on Wednesday saying their tweets were "not accurate".

The statement said, "The temptation of sensationalist social media hashtags and comments, especially when resorted to by celebrities and others, is neither accurate nor responsible. Before rushing to comment on such matters, we would urge that the facts be ascertained and a proper understanding of the issues at hand be undertaken".