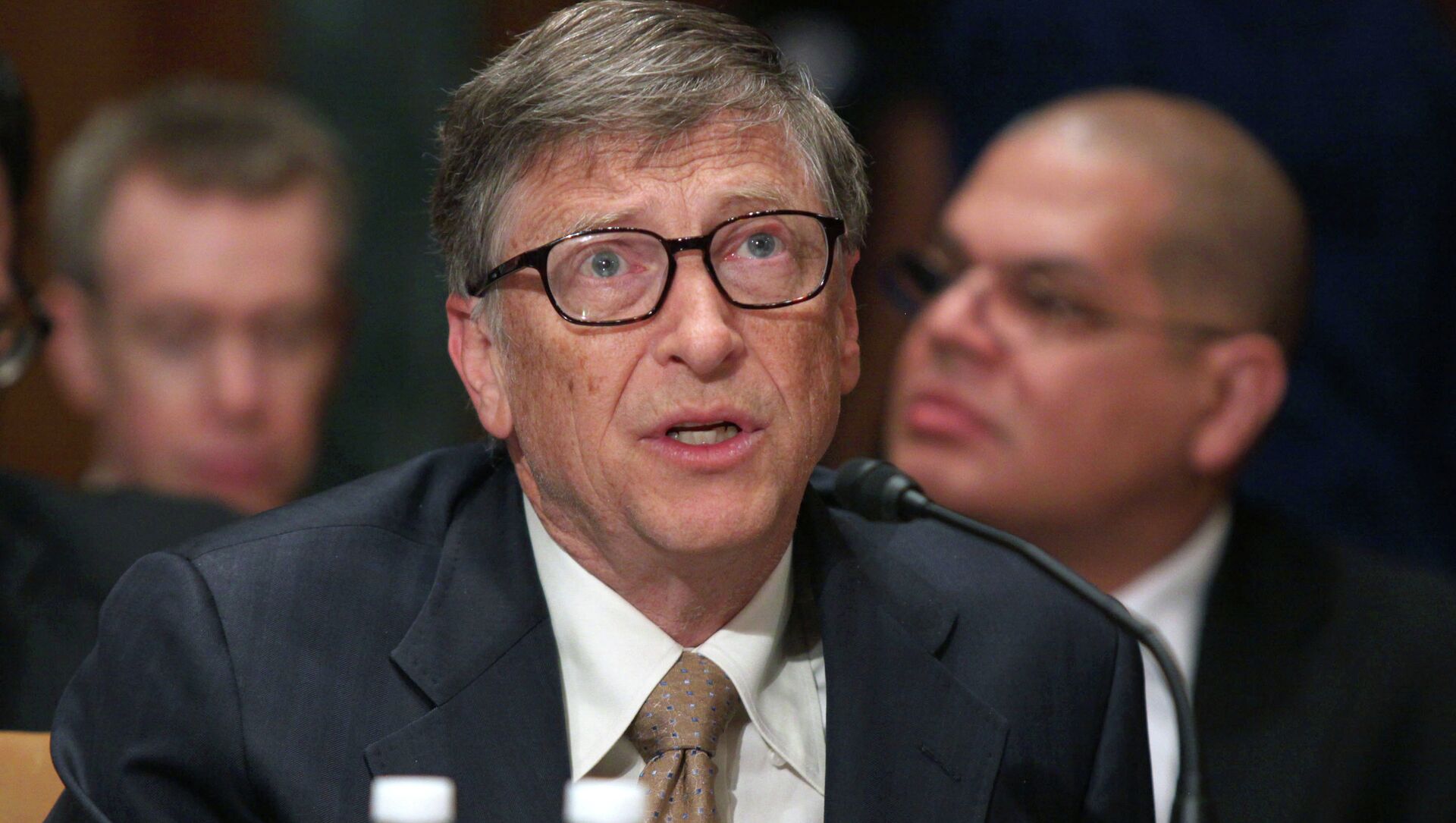 Max Gorbachev
All materialsWrite to the author
Last week, the Microsoft co-founder warned the world is not ready for the next pandemic, which the software developer-turned philanthropist said could be ten times worse than the ongoing outbreak of SARS-CoV-2 that has already claimed the lives of 2.2 million people worldwide and triggered a huge economic crisis.

Bill Gates has caused a stir on social media after posting a video on his Twitter account in which he called for the creation of a pandemic alert. The Microsoft co-founder stressed the need to create a global organisation tasked with providing a first response to potential infectious disease outbreaks in order to nip them in the bud.

"To stop future pandemics quickly, we need to be able to spot disease outbreaks as soon as they happen anywhere in the world and that requires a global alert system. If there turns out to be some new infectious pathogen, then we need a group of infectious disease responders to spring into action. Think of these as like pandemic firefighters. They are going to use their logistics, use their ability to build up capacity quickly, they are going to go wherever that problem is. Stopping the next pandemic will require a big investment. But I think of this as the best insurance policy the world could buy", the software developer said in the video.

Gates also spoke about low-cost mega testing platforms capable of "testing 20 percent of the entire population every week" as well as effective treatments and vaccines.

His proposal, however, was met with scepticism and concern, with many users wondering why Gates, who has no medical expertise is "lecturing" the world.

Bill Gates is not medically qualified yet world leaders bow to his presence over Covid, why ?

Why is a billionaire so worried about our well-being? Suspicious

​Others went as far as to say that the Microsoft co-founder had come up with an "evil" plan to control the world.

Bill Gates is telegraphing globalism, setting the stage for more pandemics, advocating for an army of "responders", and clearly wants the entire population "screened" every six weeks. This is clearly a plan for world domination, which is evil. These are my humble opinions.

Every time Bill Gates says 'We need...' I want to hide under my bed. He's describing here a CCP style social credit system that tracks your every move, and a globalized cop system that can imprison you at will because ‘pandemic’— as defined by him, Big Tech and CCP. Who’s in? https://t.co/kqa88lQt4K

​Netizens noted that Gates promotes vaccines, but didn't touch on the potential risks they may carry and said the proposed organisation will extend its power beyond its jurisdiction.

All he talks about is vaccines. Every video every TV appearance thats the common denominator. He's too nonchalant about it and presents information like there’s never any risks with vaccines. I'm suspicious.

​Others, however, contended that Gates' proposal was good.

Some good stuff makes sense. Better than the BS were experiencing now.

I think the global leaders dropped the ball big time when it comes to Covid. At least @BillGates is talking about possible outcomes and strategies.

I'd rather him concentrate on an OS that doesn't crash

​This is not the first time Bill Gates has warned the international community about the need to prepare for disease outbreaks. Five years before the outbreak of SARS-CoV-2, the Microsoft co-founder urged the world to prepare for a major health crisis. "NATO plays war games to check that people are well-trained and prepared. Now we need germ games. While Ebola seems to be being kept under control currently, next time we may not be so lucky", he said during a TED conference.

Gates has been at the forefront of the global campaign to eradicate COVID-19. The Bill & Melinda Gates Foundation donated $1.8 billion to research the infectious disease as well as for the development and distribution of vaccines around the world. Despite his philanthropic activity, Gates has become the scapegoat of the pandemic, with numerous conspiracy theories claiming he orchestrated it.